2
Yugioh 5D's Akiza is What????? Ch. 9 Final!!!
posted by Courtneyfan6
(6 weeks later atfer the birth of Yusei and Akiza's daughter, Aurora Destiny Fudo, Team 5D's invites the small gathering at Yusei, Jack and Crow's place. Akiza had started ロスト her baby weight, got a job at the 花 ショップ and Team 5D's are working on the brand new engine for the 秒 WRGP.)
(Now, Akiza is feeding Aurora with some baby formula, Akiza wears the same outfit in episode 152, smiling at her. Aurora has her black hair, steaked with red, has Yusei's blue eyes and has Akiza's skin color.)
Akiza: You're so cute when I feeding you, huh?
Aurora: (cooing)
(Leo and Luna showed up)
Leo: Hey, Akiza.
Luna: She's cute.
Akiza: Yeah, she is.
(Yusei appears)
Yusei: Hey, Beautiful Rose.
Akiza: Hey, Shooting Star. (Yusei kissed her cheek)
Leo: Eww!! I mean, aww!
Luna: (chuckles)
Yusei: Guys, can I talk to Akiza privately?
Luna: Anything for my friends, sure.
(Leo and Luna leaves)
Akiza: I'm so glad that we had her, Yusei. She's such a little エンジェル to us.
Yusei: Yeah, she is.
Aurora: (cooing)
Yusei: (chuckles)
(While Akiza is cooing Aurora, Yusei took out the small black box, looks at it and reveled the wedding ring. He's going to propose to her at the 次 night! Yusei puts away the black box before Akiza sees it.)
Akiza: Yusei, what are あなた doing?
Yusei: Nothing, Akiza, really. (kissed her cheek)
Jack: Yusei!
Yusei: Coming. Later, Akiza.
Akiza: bye. (Yusei leaves the room) (Thinking) I'm glad Yusei and I kept her. I 愛 her.......so much.
(The 次 night)
(The ガレージ is empty, Jack and Bruno went on their dates with Carly and Sherry, カラス is working late at his job, Akiza convinces her best friens, Amber to watch Aurora tonight. Yusei and Akiza are going out again. They went to rose garden and looked at the stars.)
Yusei: あなた like the stars?
Akiza: (chuckles) Yeah, they're beautiful as Stardust Dragon.
Yusei: (chuckles) yeah, I know.
(silent)
Akiza.
Akiza: Yes?
Yusei: I 愛 あなた since the 日 I met you, fell in 愛 with あなた and had a baby together.
Akiza: What あなた mean?
Yusei: (as he took the black box and open it to reveled the diamond ring) Akiza, will あなた marry me?
Akiza: (sobs) Yes! Yes!!! My shooting star! (sobbing as she hugged him, kissed him) I 愛 you, Yusei.
Yusei: i 愛 you, too, Akiza.
(They kissed passionately) 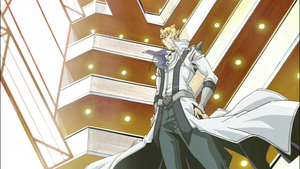 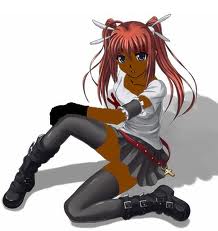 WHO WANTS もっと見る
added by zero66 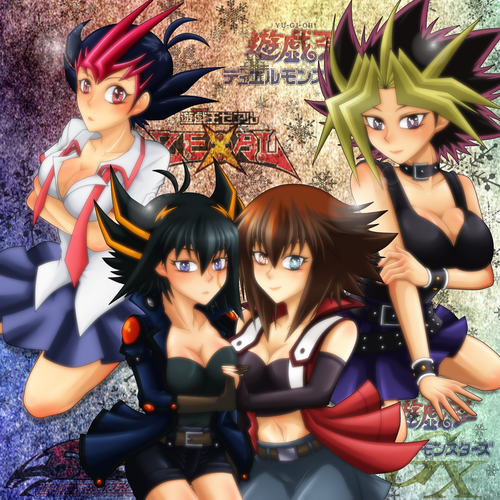 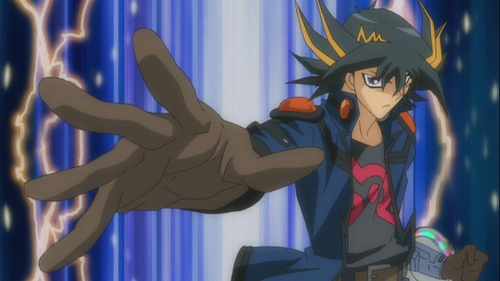 1
Yusei Fudo
added by Ryuuto013
2
Yugioh 5D's: Akiza is what???? Ch.2
posted by Courtneyfan6
[Akiza took the pregnancy test in her bathroom the 次 日 and There was a little ピンク positive plus sign. Tears started flowing out of Akiza's eyes but she didn’t bother to stop them. She rushed out the door and flung herself onto her mother, sobbing onto her and clutching at her body. She rubbed her back and seemed to get the answer, which only made her cry harder.]
Setsuko: Akiza, are あなた okay?
Akiza: Mom, what am I going to do? How am I going to tell Yusei?
Setsuko: Sweetheart.
Akiza: I'm too young for this. (sobbing)
Setsuko: (hugged Akiza gently) Akiza.
Akiza: How come あなた aren't mad?
Setsuko:...
continue reading... 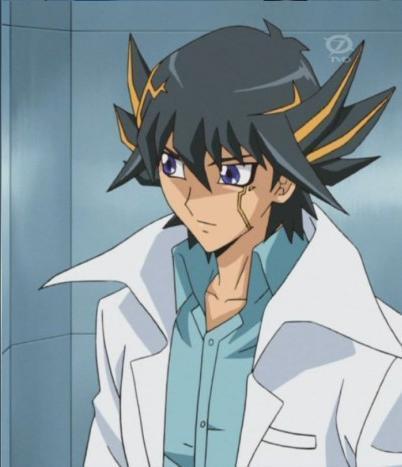 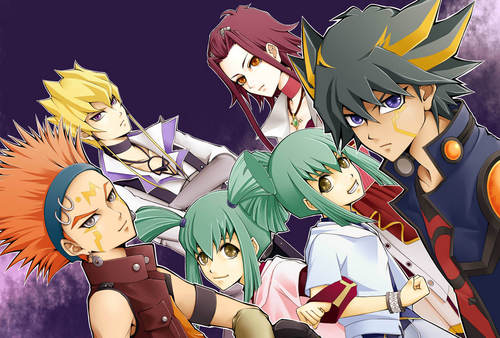 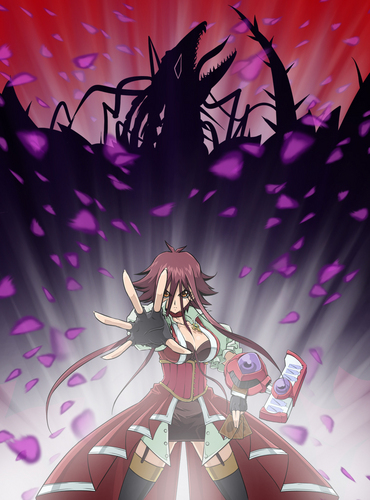 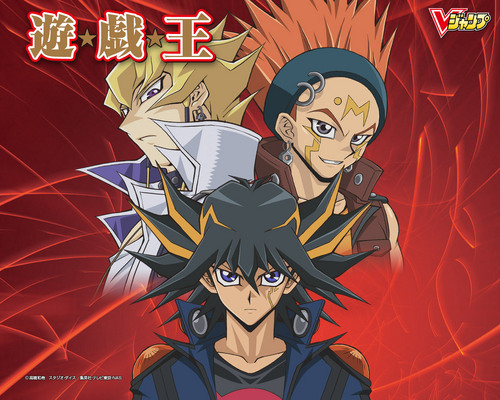 2
jack, crow, and yusei
added by suukifox
4
Yugioh 5D's: Akiza is What????? Ch.7
posted by Courtneyfan6
(The gang ran back ホーム and took Akiza to the hopsital; Crow's spine was fixed so he was feeling better)
(Minutes later)
Crow: (sighs) So.... how's your relationship with Carly?
Jack: It's alright. We went out some dates, that's all.
(Then, Yusei & Akiza came out)
Yusei: It's okay, guys.
Jack: What happened?
Akiza: I'm having Braxton Hicks contractions.
Crow: So we went to the hopsital for nothing?!
Yusei: Yup.
Crow: Awww!!!!
Bruno: It means it's a false alarm.
(At the boys' place; at night in Yusei's room)
(We find Akiza asleep in Yusei's bed, Yusei comes here and kissed Akiza's lips)
Yusei: I love...
continue reading... 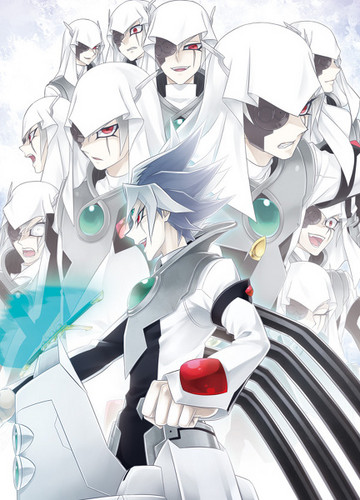 Yu-Gi-Oh
added by irinaguzun
2
Our Star-Rose Is a Joy Ch 1: Aurora's First Words & Steps
posted by Courtneyfan6
(It has been almost a 年 since Yusei and Akiza had their now 10-month old daughter, Aurora Destiny and later, Team 5D's added two new members of their team, Akiza's two best friends, Zoey Spencers, who has a 12 月 old daughter Keyshia with 19 年 old boyfriend, Justin and Amber Evans, Crow's girlfriend and Yusei's frenemy since she started hating him as Yusei talked smart to her and Akiza wants them to get along and Amber helps Yusei and Bruno get through making もっと見る engines to Yusei, Jack and Crow's runners. Team 5D's had won the 2nd Grand Prix just before カラス announces his upcoming...
continue reading...
1
Before the Law - Chapter One "City Limits"
posted by LinkKinuzuma13
As the sun set just below the cityscape, four unusually suspicious characters roamed the darkening streets. Bearing their duel disks and decks, these people remained quiet in each others presence. A shadow was splayed across all of their surroundings, making it nearly impossible to spot them from any window not on the ground floor.

"We're nearly there," one of them spoke up. As she said, within only a few moments they were climbing through an open basement window. As they entered, they were greeted によって cheers and smiles, and perhaps the occasional sneer または scoff. 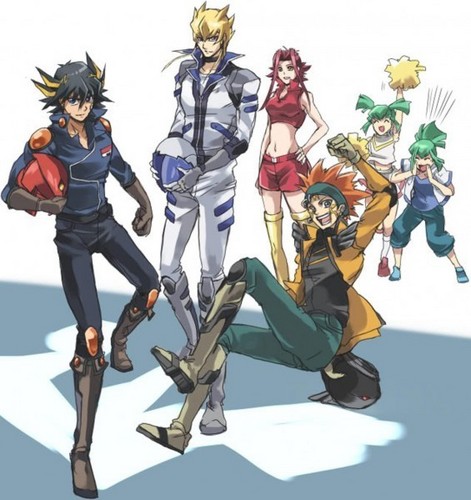 2
Yu-Gi-Oh 5ds
added by Lulu_Kururugi
2
Yugioh 5D's Akiza is What????? Ch.4
posted by Courtneyfan6
(Akiza in the rose garden - Akiza is 1 月 pregnant)
(Akiza has been thinking about becoming a mother to her baby, but she worries that the baby will become like her; The Black Rose.)
(Rapidfire flashbacks. Little Akiza, Sign glowing on her arm and bemusement in her eyes, slams her father, against a wall, surrounded によって バイオレット flames while her mother looks at her in shock.)
(Change flashback. Teenage Akiza, in a red school blazer, walks away from her parents, visible through the window behind her, resentful and a bit nervous leaving home.)
(The flashback we’ve seen before with Akiza’s duel...
continue reading... 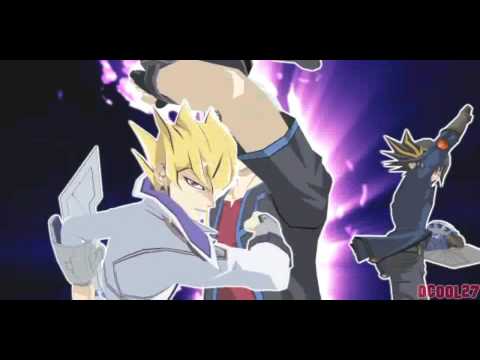 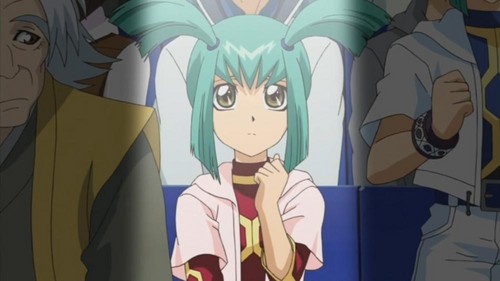 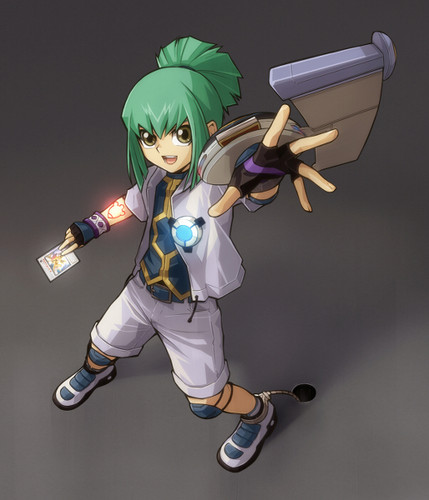