Under the emotion of guilt part 4
posted by ecoelo
バットマン explained the whole mission to the teenage heroes.
"A princess named Alannah Byrd is in danger. Shes in a 城 on a small island in the south of the Southern Ocean. Her father has an uncommon disease, leprosy." Wally crossed his arms. "I thought leprosy was extincted!" バットマン ignored Wally's statement. He continued.
"Hes in the best hospital in the world and the several scientists are trying to cure him. As for あなた seven, あなた will be スプリット, 分割 into three sections. Castle, the bridge and around the castle. I'm putting Robin and Kaldur in charge of team leaders but at least one of あなた is inside the castle. The bridge and around the 城 sections must make sure all civilians are out of the castle. There are at least 180 in the 城 and 220 around the island. あなた must evacuate them onto several boats outside the island. At some time, a helicopter will arrive and that's when あなた must evacuate the princess." After all the info 与えられた to the team, Robin interrupted, "Shouldn't Zatanna come with us?'' バットマン replied,
"No. She denied to participate in the mission."
The team headed to Megan's bio ship and headed to the Southern Ocean.

When the team arrived they were welcomed によって two guards. Robin, Wally and Artemis were showed into the 城 and introduced to the princess.
"Really?" the princess 発言しました to the guards. "I was expecting them もっと見る taller and bigger!"
"Is it just me または is she younger than I thought?'' Wally asked Robin. Robin looked at the 10 year-old princess and bowed down.
"We are Young Justice, junior Justice League. We will do anything we can to protect あなた and your people." The princess stood up.
"A real gentleman?" she asked. "I guess they're okay." The guards left the three teenagers with the princess.

In the distance jets began shooting at the other four teenagers. Superboy grabbed a huge rock and threw it towards the jets. Megan used her powers to force jets into one another and Roy released arrows exploding jet material everywhere. Kaldur evacuated civilians into boats and counted them when they got on. Conner soon came and helped him.

Conner saw in the distance a ボート different to the others people were evacuated on. He used his x-ray vision to look through the boat. Kaldur just finished counting the 5th evacuation ボート when Conner warned him about the incoming boat. Kaldur didn't think and used a huge wave and pushed the incoming ボート backwards leaving a hole at the side of it. It sunk slowly into the deep ocean. Near the bridge the 5th boat's engine was broken and the ボート slowly went down. Kaldur lifted up the ボート with water and put it on the island. The civilians were soaked and the ボート ruined. A civilian in his late thirties stood up.
"What were あなた thinking! あなた nearly drowned us all あなた complete idiot!" Superboy walked up to the man. "He saved あなた from being attacked によって an armed incoming boat! This is how あなた repay him?" Conner picked up the man. "What are あなた gonna do kid? Fry me with heat vision?" the man replied. "Oh wait, あなた don't have heat vision!" the man laughed not knowing Conner heated up with anger. He punched him and threw him to the 城 walls. Rocks began to tumble down and Conner started to relies that he did the wrong thing. The rocks fell on the man covering him and possibly leaving him, dead. Superboy ran up to the pile of rocks and unburied the man. He picked him up and there he laid in his Conner's arms not breathing. He suddenly felt the guilt Aqualad, Artemis and Roy felt.

1
Shade of Red Part 1
posted by Robin_Love
“I hate this!” Becca muttered, resisting the urge to pull her hand out of Sam's.
“Hey this is no picnic for my either! Partners I can understand. But a fake couple? Bats is messed up!”
“Ugh. Just focus so we can get this over with! Oh and I won't tell ヒイラギ, ホリー so あなた better not tell Robin!”
“Trust me. This won't get out to anyone!”
Becca rolled her eyes. She'd decided to wear her sunglasses so no one would see the glares she was sending Sam in her furious brown eyes.
“Of all the jobs I've ever done, this is the worst!”
“Shut up, Sam!”
“Well excuse me!”
“No! Shut up! That's...
continue reading...
1
Speed of Things...Part 1!
posted by Robin_Love
“I'm bored!” Wally exclaimed.
“So find someone else to bug!” Artemis replied, turning back to her book.
“I can't.”
“And why the heck not?!”
“Because Kaldur went with Aquaman, Superboy and Megan are who knows where and Robin didn't come today. You're the only one here!”
“Well stop bugging me! I have homework. Besides, don't あなた have some レポート バットマン gave あなた for snooping around his house または something?”
“Oh yeah.”
Recognized: Robin B01
A grin spread across his face.
“Too late. Rob's back!”
Wally sped off and tackled his best friend as he stepped through the kitchen/living...
continue reading... 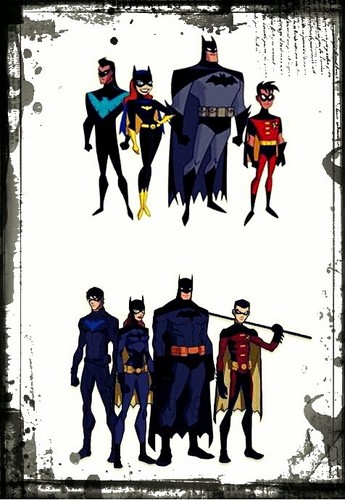 4
which way do u like the version of?
added by batgirl910 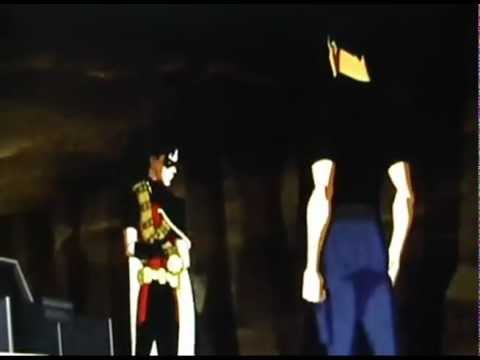 1
I Need Robin as My Hero
added by robinfanforever
I thought this song was perfect for Robin and decided to dedicate it to him. I OWN NOTHING and the song belongs to skillet and the video clips belong to the creaters and networks. Enjoy :)
video
ヤング・ジャスティス
robin
hero
skillet 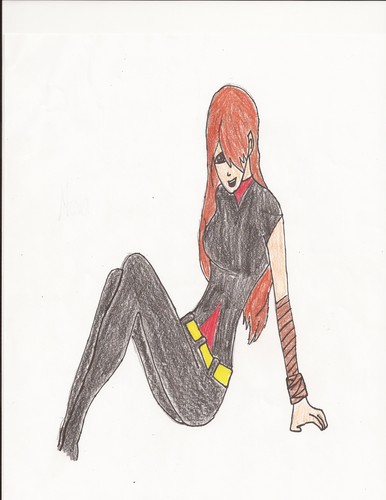 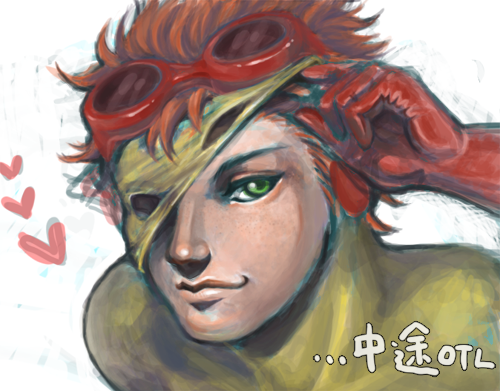 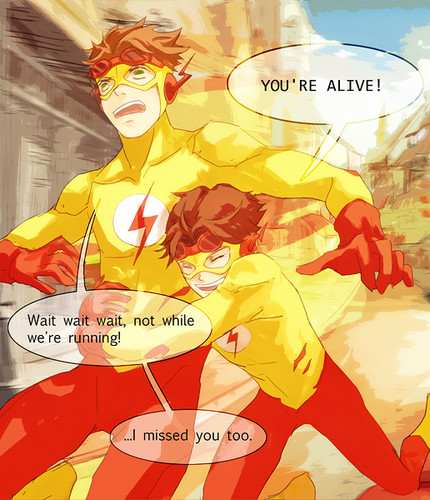 8
wallys back
added by purplevampire 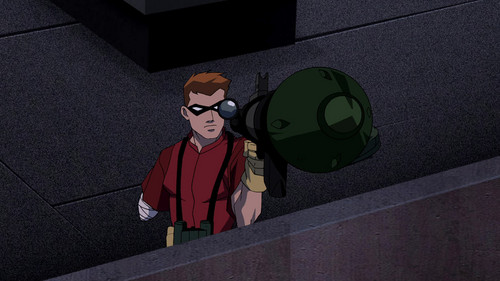 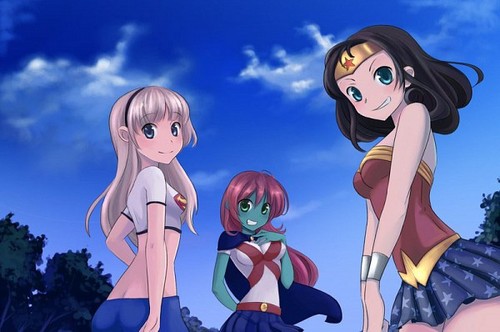 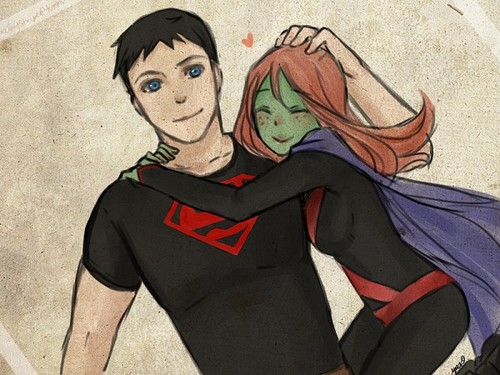 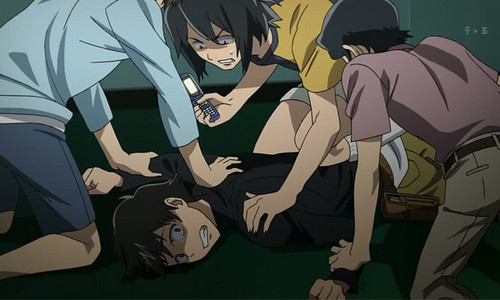 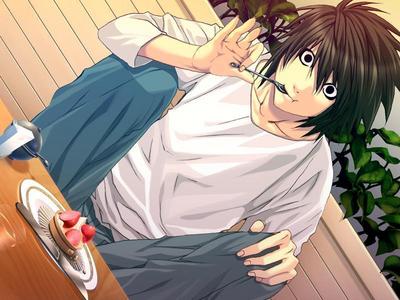 1
Fang on valium :)
added by NudgeYJ 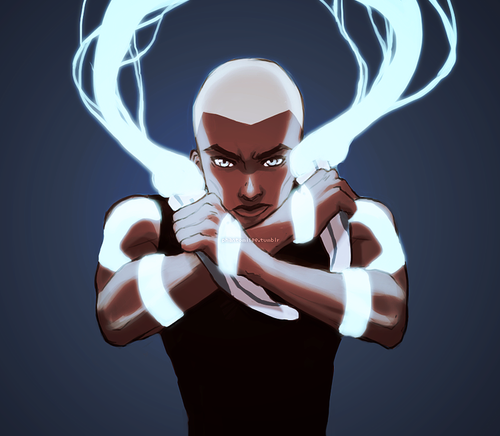 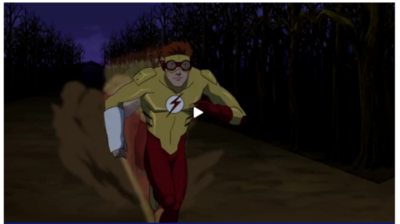 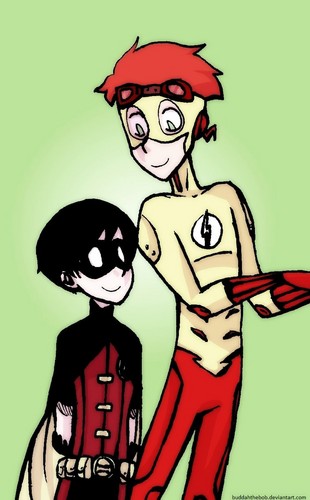