Young Justice ハート, 心 of Courage Prologue
posted by 66Dragons
The Following Famfiction has been rated PG-13 for moderate violence and romance.

The Team was in the break room. Megan had just made some クッキー and the Team was talking about their latest mission when an alarm went off.

Robin pulled up a keyboard and screen. He tapped into the security cameras. It was a simple bank robbery, four masked men with 銃 were scooping cash out of a bank's safety vault. Bank employees and customers were laying on the floor, but no hostages had been taken yet.

"Aqualad to Red Tornado," Aqualad spoke into his ear comm as the team suited up.

"Received, what is the situation?" Red Tornado's voice replied over the comm.

"Bank robbery in progress in Happy Harbor, we are on our way to stop it."

The Team was ready to 移動する out. Aqualad shed his jacket, revealing his normal costume and joined the Team.

"Miss Martian, is the bioship ready for take off?" Aqualad asked.

The green Martian's eyes glowed for a moment then she nodded.

The Team rushed to the bioship. The boarding ramp on the little red ship opened up and the Team entered.

"Just do it." Artemis replied, slapping him in the back of the head as she walked by.

Aqualad typed in the authorization codes. The ベイ, 湾 doors opened and the bioship zoomed out into the cold winter sky.

"Uh, question!" Kid Flash said, waving his hand in the air. "Um, do we need to switch to stealth mode?"

"No, as it is not a covert mission または at night, that will be unnescessary." Aqualad replied.

"Yeah, we know." Artemis replied. "When we were in Bialya, and あなた wouldn't stop."

"Hey! I had no memory! It seemed cool then-"

"And apparently it still is" Artemis replied. "To あなた anyway."

The bioship zoomed over the harbor and into the town. It wasn't hard to tell where the problem was. Police cars raced down streets toward a large gray building. The bioship increased speed.

"Approaching the bank. Miss Martian, set us down behind the building. Artemis, Robin, drop onto the roof as we pass over." Aqualad ordered.

"Got it." Robin replied.

Robin and Artemis quickly dropped onto the bank's roof. Artemis aimed her bow below. Robin pulled a batarang out of his utility belt.

The bioship was setting down behind the bank when Artemis contacted the Team.

"Uh, guys." Artemis 発言しました through the telepathic link. "You gotta see this."

"What is it?" Aqualad asked.

"Someone did our job for us." 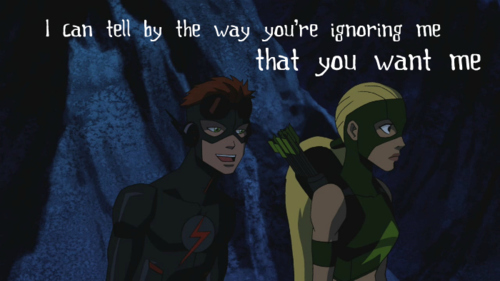 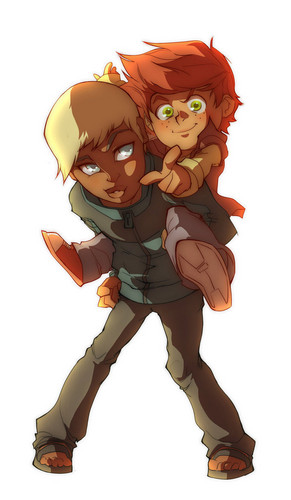 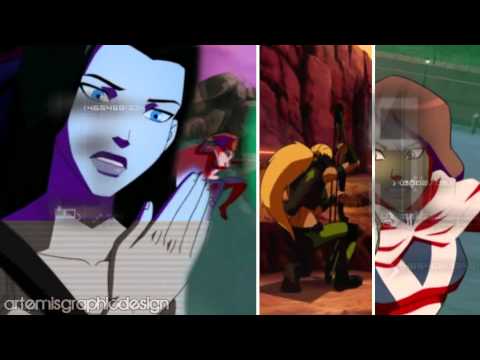 1
Under Control
added by Devin_Grayson
Boys, you'll disagree. But the truth is we girls have あなた under our control. So this is for the girls. ;)
video
ヤング・ジャスティス
oc
girls 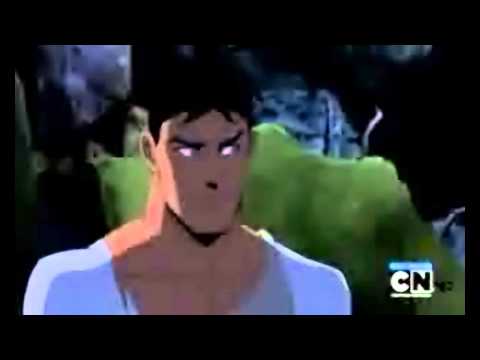 2
Young Justice... If あなた were Drunk
added by jadore_renard
video
Crushed part 8
posted by Obscurity98
Kaldur looked like he was about to faint. how did he forget so quickly? He, they, no one had powers They could all die easier than mortals. If he couldnt breath under water,"wait!" cried kaldur,"I will live!" harley stared at him,"kaldur shut up, what are あなた even talking about?" Kaldur shook his head,"Its derulium. i am sorry." But he knew other wise, he was born like this, it ws not really a power, he will always be able to breathe under water. He needed to make mental contact with Miss Martian and fast. Anxiously he gave M'gann a knowing look, one that had M'gann create a link as quick as...
continue reading...
1
That TEXT
posted by YJTTFAN
Dick was sitting in the back of his history class in the middle of texting Wally when he received another text. A text from Bruce no less.

You would think that having バットマン as a guardian would offer some pretty interesting texts.

You would be wrong.

They never exchanged texts that might reveal their hero identities. That of course did not stop Dick from imagining what those texts would look like:

Of course Dick knew that if バットマン did text, he would never text like that, but he could dream couldn't he?

As for the...
continue reading...
1
on your own part 4
posted by Mclovin_69
The train stopped at a station, Willow and Wally got off, it was night time now and the only thing illuminating the station and streets were 通り, ストリート lights. " あなた should have got off before..." Willow said, " and just let あなた go heck no " Wally said, Willow tried hard to put a smile on, " the justice league will find あなた and take あなた back あなた have to know that " Willow 発言しました gazing up at him, " if they do im not leaving unless they bring あなた too " Wally said. Willow smiled trying to hold back a blush, Willows attention was directly turned to a bird, a raven to be exact, she looked at it sitting...
continue reading...
worst memories part 4
posted by Mclovin_69
Robin gapsed and sat up clutching his head, he looked around and saw he was somewhere in the Arctic, he looked beside him and saw Sound Barrier, " Sound Barrier are あなた ok?" he asked chattering his teeth, " yeah... but do あなた know where we are?" she asked. Robin didnt know where they were so he couldnt tell her. " Robin!, Superboy!! Kaldur?! anyone there!" a voice shouted it was Meagan, " Meagan!! where are you" Joy asked in mind link, " i-i dunno but boy am i glad to hear あなた guys あなた guys must be close though our mind link isnt too far where are you?" Meagan said, " try telling us i dont...
continue reading...
1
Secret Six
posted by Mclovin_69
Kidflash sped around and punched a guard with a gun in the face knocking him out, Robin threw two of his bombs at two other guards chasing him. In the Gotham city dumpyard the team was fighting Vertigo and his henchman, Artemis shot at a group of guards making them fall to the ground, In the ship Vertigo was hiding in a henchman came up to him, " Sir our guards are being knocked out によって the 秒 we must retreat", " Hmmm..... maybe its time i step in.." Vertigo responded and began to laugh, " call the rest of the injustice league, the team of these young wannabe heroes". The guard shook his...
continue reading...
Speed of things Part 2!!!!!!!!!!
posted by Robin_Love
Recognized: Becca B06
The computer's voice rang out above the hum of activity that surrounded the mountain; usually it was quiet considering they weren't ever there. But Becca walked in with a smile on her face and hands on hips.
“What's the special occasion?” she asked, red streaked black hair dripping into her brown eyes.
“Only the biggest thing ever!” Wally exclaimed as he stopped to give her a side hug.
“Oh? And what would that be?”
“It's our one 年 anniversary as a team!!” Megan gushed.
She floated over and hugged Becca before grabbing the girls hands and twirling them both...
continue reading...
2
Cat and Dusk Chapter 19
posted by Skittles98
Red ran to the bars and attempted to pull them off.
“Let me take care of that” I shot a couple beams of darkness at the bar and they broke apart. We ran through to the hole. Cheshire and some guy in a metal mask were running along the roofs to a helicopter. I made a flat disc for Artemis and Red to stand on. They got on. Megan and I flew.
“Okay, あなた two shoot, Megan, あなた play defense and I’ll keep あなた guys in the air.” I ordered. The archers shot ARROW/アロー after ARROW/アロー at the targets, but they seemed to have no affect.
“Megan, use あなた telekinesis to keep them in the air. I have a job to...
continue reading... 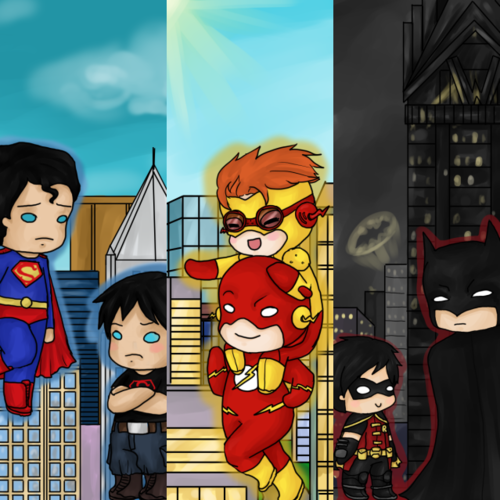 4
Mentors and Proteges!
added by Robin_Love 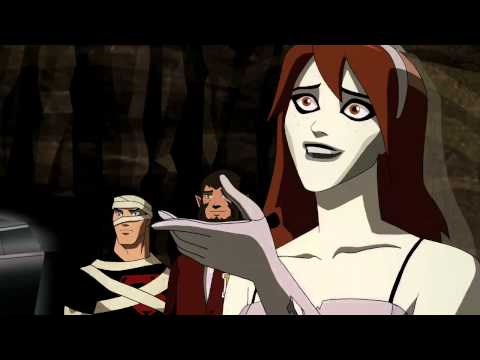 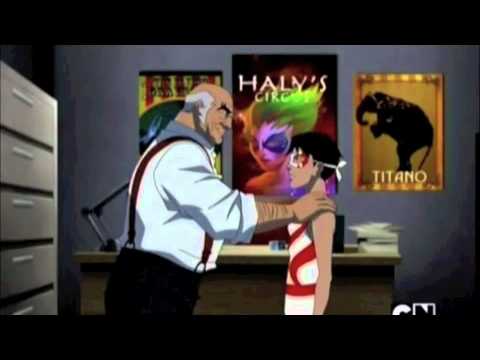 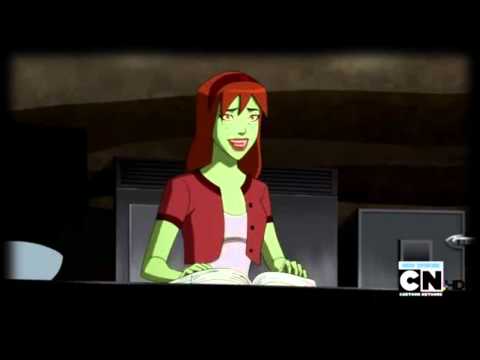 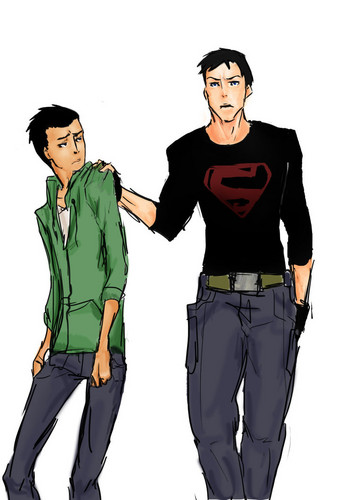