Echo Off The ウォール - Part 1
posted by KatRox1
Tonight was different, it had a もっと見る erie feel in the air. It was just 2 years 前 that Grandma had died. No, not died, murdered. The clouds seemed to cover the sky like a blanket. Only the glow of the moon showed through small cracks in the mist above me. A silent tear slowly rolled down my cheek, and I lifted my had to grab onto my locket that she had 与えられた me the 日 she died, as an early birthday present. Out of the corner of my eye a shadow quickly ran by. I started to chase it, quickly letting go of the locket and onto a mini-explosion pellet from my utility belt. As I raised my hand to throw it, a strong hand grabbed onto my wrist, pulling me back. I quickly turned so that I could confront him または her, but I stopped when I realized who it was. "Oh, it's you." I quietly said, my voice quavering just the slightest bit. "Don't worry, Batman's got him." He said. We both started to walk into an alley, the sound of grunts and punches were distant. "So how are you?" I looked over at him, kicking some crumpled leaves and dust. "Fine." He 発言しました with his head down. "OK, why did あなた really come tonight? You're just making this a bit もっと見る awkward!" I blurted out. He looked over at me, his eyes were widened with surprise, "Will あなた please just tell me who あなた are?"He said. Yes, it was a bit random, but we had met 2 months 前 and he still knew nothing about me. "Oh, com'on" I laughed, "I know about あなた as much as あなた do about me! So... tell me who あなた are!" I nudged him playfully. He chuckled, "Call me Robin." I raised one eyebrow in surprise. Great, I needed a hero name also, so I didn't have to tell him my real name, Mel Ritozo. The name of the rich girl who's parents owned Ritozo Enterprises, the name of the rich girl who had a reputation for being a goody-goody and never hurting a fly. The name of the rich girl who always had body guards around her and was expected to take over the company when my parents passed. Yeah, I'll tell him that. I had to think quick. All of a sudden the line that my grandmother always told me popped into my head, 'When life pushes あなた down, just bounce right back up. Like an echo off the wall.' "Echo." I blurted out. It sounded kind of cool, actually. Robin smiled and nodded. "Cool. So, That wasn't the exact thing I had to tell you." He looked down again. "Oh?" I tilted my head slightly. He kept his head down, like it was awkward for him. "You see, I work on this team." "You mean あなた and Batman?" He shook his head, "No, a team with the Justice Leauge."
"No idea who they are."
"They're like this elite team of superheros and stuff like that. Anyways, I'm on this Jr.Justice Leauge thing, and one of our teammates is going to be out for a week, and we really need someone to take his spot. His name is Aqualad. But, we nominated people we knew yesterday, and I kind of nominated you, and they all agreed that あなた would be the best choice since our other フレンズ couldn't." He laughed quietly and I frowned. "You what?" I 発言しました through gritted teeth, then loosened up and sighed. "Fine, but don't expect me to follow any special rules." I looked at my watch, 2:30 am, my parent would probably want me awake tomorrow for the meeting with Bruce Wayne. "I gotta go, see あなた later birdy-boy?" He laughed and looked up at me, "Not if あなた call me that!" He smiled, and ran back off into the night. I smiled back and ran back to the apartment, changed into my pajamas, and fell asleep dreaming about Robin.

Tell me what あなた thought of it!! Should I continue it または stop it and start a new one? Also, if あなた want a visual of Mel/Echo, check out the ファン art によって jadore_renard titled, "KatRox1's Request" Thanks!!!
Skittles98 grawesome job! keep writing!
66Dragons AWESOME!!! 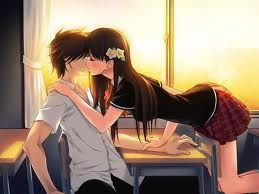 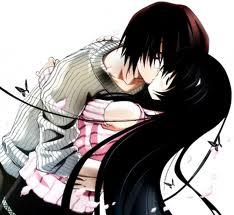 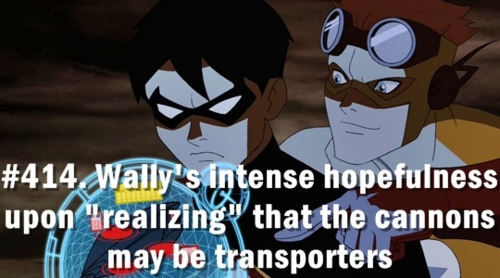 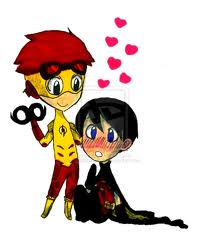 2
He is SO dead.
added by Skittles98
Sparks Part 16
posted by Robin_Love
“Willow, あなた look perfect,” he said, キス her cheek. “If Wally doesn't stop this, he's even もっと見る brain dead than we all thought.”
“She's amazing, isn't she?”
“Becca, you're amazing. She's...perfect,” Robin said, winking at Willow.
Becca placed a hand on her head, falling onto Willow's bed.
“Oh the pain! My loves left me for another!” Becca teased.
“Oh yeah. I'm so far away,” Robin 発言しました dryly.
Becca smiled, standing up.
“Let's go. Willow has a 表示する to do.”
“Can't あなた do it Becca? あなた are a great actor.”
“Thanks but no. Billy's sweet and all, but I already have my...
continue reading...
Sparks part 15
posted by Robin_Love
The 日 of Willow's “wedding” came so fast, Willow could hardly breath. She stood in her room at the mountain, waiting for her sister. Since she was Willow's only family, Becca would be the one to hand her over to Billy. And since she was an angel, it was fitting that Devan play preacher. Everyone else were guests. Now Willow stood, 蝶 in her stomach. She sighed in relief when Becca entered in a simple purple dress.
“Well aren't あなた pretty,” Willow complimented.
“Don't remind me. I don't do pretty.”
Willow smiled, the 蝶 easing up. Becca studied her.
“You're nervous.”...
continue reading...
3
Don't Fly AwaY! Part Three! XD
posted by Robin_Love
Wally was vibrating in place; he was so impatient to learn what バットマン had found that he was shaking at super speed. He crossed his arms and sighed loudly while he waited for the Dark Knight to appear in the mountain.
“Wally stop vibrating!” Artemis yelled.
He glared at her, only encouraging the shaking.
“I can't! I want to know what バットマン found out!”
“So do we!”
“Enough.”
Both ヒーローズ straightened up at the sound of the voice; geez where did バットマン come from! It's like he lived in the shadows! Oh wait. Wally thought. He kinda does. Even もっと見る so now that Rob... wally shook the thought...
continue reading... 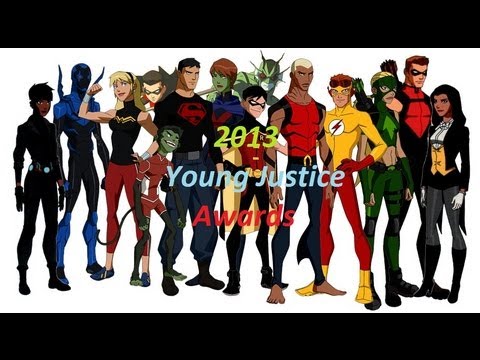 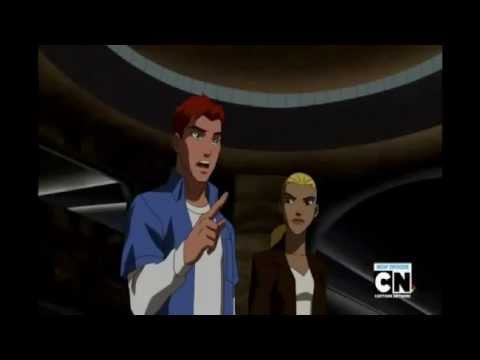 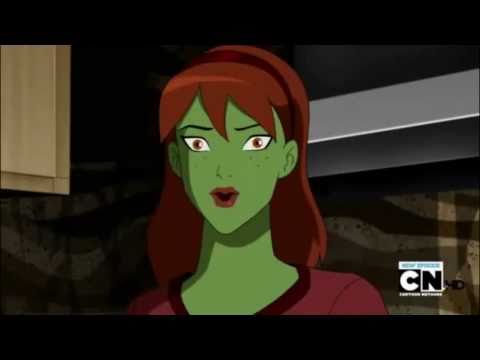 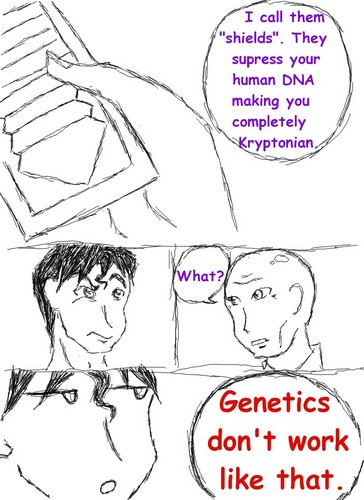 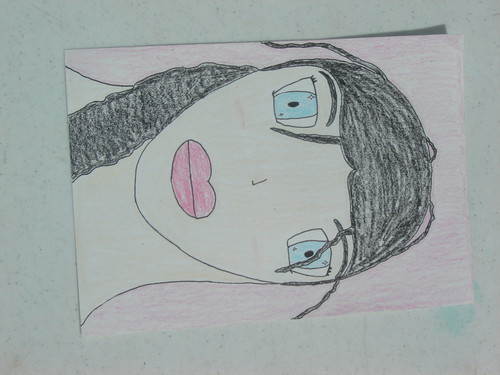 6
FINALLY someone told her
added by emilypenguin55 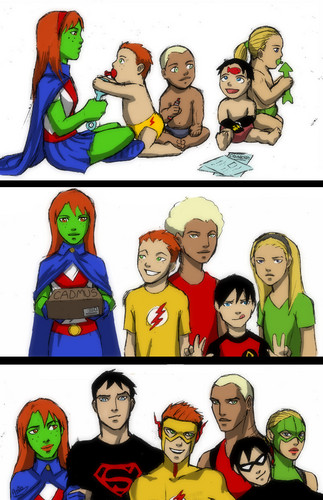 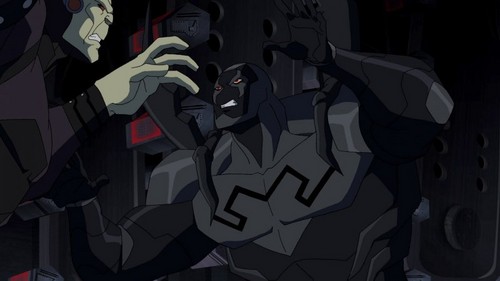 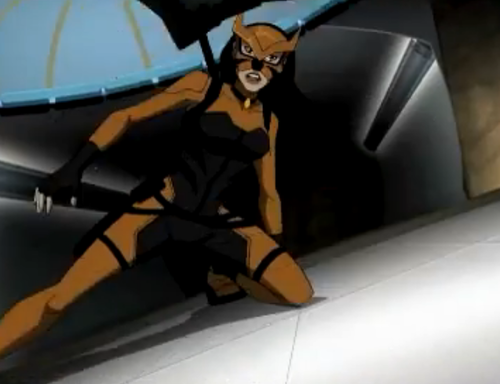 2
ARTEMIS HAS TIGRESS!!!
added by ShadowYJ 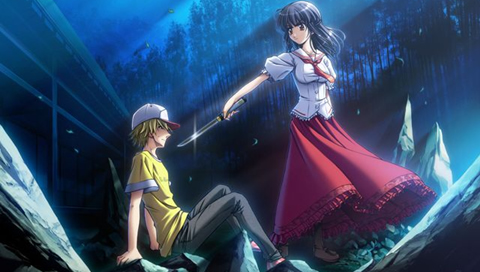