Matches Of WrestleMania 29
posted by Thetakerfan
The Rock vs. John Cena (WWE Championship)

The two superstars had a face-to-face confrontation this past Monday, for the first time since they fought at WrestleMania 28. Cena vowed to get redemption after last year’s loss in Miami. The match should be the main event of WrestleMania for the 秒 年 in a row.

The Undertaker vs. CM Punk

It’s highly unlikely Punk will end Undertaker’s streak, but the match could end up being the best of the night. Punk seemed to make vague references to a potential match with Undertaker, calling himself “God” in a promo, and performing a piledriver in his match with Cena.

The WWE’s COO challenged Lesnar to match at WrestleMania 29 after the former UFC 星, つ星 attacked Vince McMahon. Look for Triple H to finally get the upper hand after losing to Lesnar at SummerSlam.

Zeb Coulter, Swagger’s manager, has helped elevate the feud with his stance against illegal immigration. The WWE seems to be enjoying the controversy the match has created, and could put Swagger over, as a result.

The two had a major stare down after Ryback defeated Antonio Cesaro on Monday. Henry and Ryback may be the two strongest men in the WWE and could have a very memorable match.

The two seem to have an unresolved feud after Jericho defeated Ziggler at SummerSlam, and the Money in the Bank winner got Jericho fired the 次 night on “Raw.”

The Shield has attacked all three superstars on multiple occasions, and it makes sense for them to get their revenge at MetLife Stadium.

Daniel Bryan and Kane have been on the verge of a breakup since the Royal Rumble, and there’s a good chance they’ll lose their belts to Darren Young and Titus O’Neil.

The two seemed to be building a feud after Dallas got the better of Barrett at the Royal Rumble, though they haven’t had a confrontation in a few weeks.

Cesaro has beaten The Miz on multiple occasions, though he won によって what seemed to be an accidental low blow at “Elimination Chamber.” The WWE seems determined to get The Miz over によって pairing him with Ric Flair, so he may get the ベルト on April 7.

3
The UnderTaker
added by nooon

1
The Undertaker
added by Metallica1147 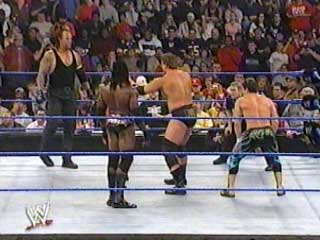 1
the taker
added by Sutelc22 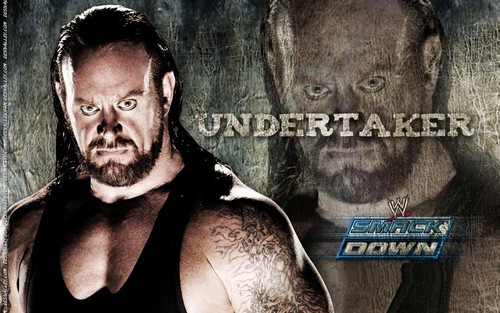