3
The Darkening ( Alternative Version of Eclipse)
posted by paniclover21 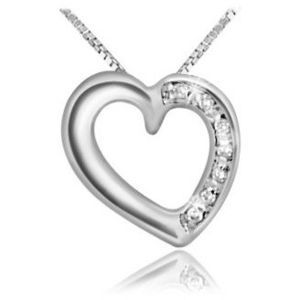 “I was going to wait, but since I’m all for cheering あなた up well…here あなた go!” He 発言しました as cheerfully as he could. But I could still see he was being cautious as if not to say または do anything that would easily hurt my feelings.

I don’t know how any material possession would cheer me up, but since everyone seemed to be 芝居 as their opposites today, I was going to too. I sucked in a deep breath as he handed me the small package. He watched me carefully, scrutinizing my reactions.

I opened it to find a ネックレス that was beautiful. Of course it was going to be—I thought to myself—Edward had picked it out. I pulled it out of the suede case. It was a silver heart, half the side had diamonds on it. It was simple but I could see it would mean a lot to me, and もっと見る to Edward if I wore it. I don’t know how he had time to stop to get me it, but I would 表示する that I appreciated that he thought of me.

“Oh, Edward it’s beautiful!” I 発言しました breathless. “Here, help me put it on would you?”
I handed him the ネックレス and pulled my hair to one side.

“Of course!” I exclaimed as he clicked the clasp into place.

The chain held the pendent just above my heart. Gently he touched the small heart, stroking the silver. And then he kissed me softly as his arms wound back around me. I lifted my arms to grasp his bronze hair. His lips slid away from mine for a short second—but before mine could slip into a pout – he pressed his back to mine, and softly repeated that two もっと見る times. It was like he didn’t want to stop キス me, although he knew he had to.

“Can’t I be responsible of your self control for a while?” I asked seductively

“ I’m a little frightened of what you’d do with it if あなた had a chance.” He chuckled. “Don’t forget that your father is in the 次 room!” He 発言しました smiling

I smiled widely and rolled my eyes.

“ I don’t think you’d mind one bit. I kind of forgot about Charlie actually.” I confessed
feeling a little disappointed that I didn’t have as much alone time with him as I’d like.

With nothing else to do since my homework was done, I stood up to go 登録する Charlie in the living room. But right before we were about the enter the living room, Edward grabbed my hand and pulled me to him. He pressed his lips to mine with a passion I’ve never seen from him. Then we walked hand-in-hand into the living room—I was still breathless from his kiss— and we sat on the ソファー, ソファ that was big enough for three people. We sat 次 to each other our hands resting on my leg. At that moment the game Charlie had been watching ended, his team won and he was in a good mood, for which I was grateful. He heaved himself off his chair again and headed to bed.

“ ‘Night! Not to late Bells.” He 発言しました a little groggy.

“ ‘Kay Dad! ‘Night!” I 発言しました cheerful that Edward and I were alone again. I was a bit surprised. I wasn’t for sure if Charlie trusted me enough to leave me alone with Edward. Then I remembered people were 芝居 strange today and shrugged it off.

I asked Edward to get up for a moment and then laid myself on the couch. He had no choice but to lay 次 to me. I smiled and his eyebrows furrowed, and then he shrugged. Then he lightly placed himself 次 to me. He was so close I read every little emotion that flickered through his eyes. They were warm and inviting. I lifted my hand to his face and stroked his cheek. Both of his hands were in the small of my back. I traced his collarbone now leaving my hand there. Leaning my head down to the base of his neck, I began キス softly and slowly up his neck. His breathe sped, as did mine. I giggled as I made my way up キス his jaw and brushing my lips at the corner of his. I slowly opened my eyes to gage his reaction. His lips were slightly parted. Closing my eyes again I pressed my lips to his parting them. I could feel his wintry breathe on my tongue. As we kissed, Edward traced his hand tracing up my back. He moved his hand towards my stomach, moving slowly up. He paused there and then I felt his tongue moving with mine. I started to get lightheaded.
groovychicklisa, JoseVanders and 1 other like this
gianni99_ werry good, write more!!!!!!!!!!!!
Twilightluv3r plz write more
joe-edwardfan NICE!
6
An Eye For Seth Chapter 6.
posted by WritenOnTheSand
How any possibility that I could have any もっと見る trouble in life than I already have is just fabulous. あなた always think that having two guys would be just great, but no its もっと見る like living romatic hell.

I feel like Hermia in A Mid Summer Nights Dream, She suddenly hads two men chasing after her when she has no notion of what is truly happening. her line "Oh spite, Oh hell." continues to echo through my head.

"Oh spite, oh hell." Escapes from my lips and Grandma Esther looks at me strangely. After fainting, then suddenly quoting Shakespear, I am sure that she is really stumped. 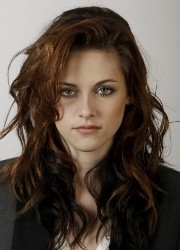 1.Strong-Willed. If anything, Kristen Stewart is strong-willed and focused on her beliefs. This refreshing attitude makes Stewart an incredible role model for women all around the world. She shows us how to be strong, how to stand your ground, and never waver on your own personal values.

2.Goofy. We are all goofy in our own way; whether we are The Class clown または the klutz we can all relate to Stewart because of this. Whether she is cracking jokes in interviews または dropping trophies at award shows, Stewart is never afraid to let her inner goof shine through which is really spectacular.

AG:It was fun for me because it was a little もっと見る in-depth for Alice’s character. It’s もっと見る about the angst part of it than the 愛 story as far as Edward and Bella. Edward leaves Bella, so she kind of falls into a depression and gets close to Jacob, and discovers a couple もっと見る crazy things about the town. We had a blast filming. We got to go to Italy, which was amazing. It was a couple of us who got to go to Italy, and I was included. It was coming back to the people we got really close to in the movie before so it was like...
continue reading...
4
Another Story chapter 30!
posted by surfergal
The following morning Alice woke me up for school. I was putting on perfume when cody knocked on my door.
"Come in". I said.
Hey, あなた Ready ? He ask
Yeah, Old on I have to brush my teeth I told him.
Ok. He 発言しました as he went towards my ベッド to sit down. Once I was done brushing my teeth, Cody grabbed my bag and put me on his back and toted me down the stairs. My cruches were downstairs because Carlisle didn't want me to go up and down them. Cody help me out to his car, my was totalled sadly. When we got to school cody walked me to class except he didnt leave my side when we got there. It was still...
continue reading...
12
The story never ends, it’s a happily ever after - Part 20
posted by sasie_katje88
i'm still at work so i'm going to put a story up from this computer. so if there are mistakes i'm really sorry because this computer don't tell me if i made one :D Enjoy

He came up to my father and shook his hand, he smiled at my mother and knelt down to say hello to Cynthia. When he came to me he seemed to look longer then he did with my sister.

"Mary, it is very nice to meet you. I have heard a few things from your father, and he thought that it might be a good idea if we had a conversation." He 発言しました in a jolly tone....
continue reading...
3
My vampire story CH 7 ! PLEASE PLEASE COMMENT!!!
posted by noodles3378
Chapter 7 - Different
“Never mind. Its not important.” he 発言しました regretfully.
I was slightly crushed that something so unimportant is something he wouldn’t share with me. If it wasn’t important then why be so secretive?
“ Please tell me. あなた can trust me.” I 発言しました convincingly, または so I thought.
“ I know that I can trust あなた but I am still not sure if I should tell あなた または not. I don’t know if it is the right time but I don’t know any better time, either.” he 発言しました seeming torn between something that was way もっと見る than what he was telling...
continue reading... 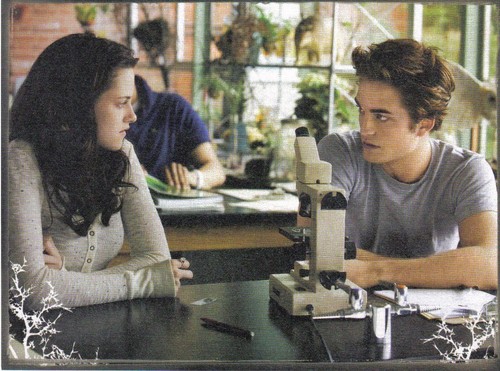 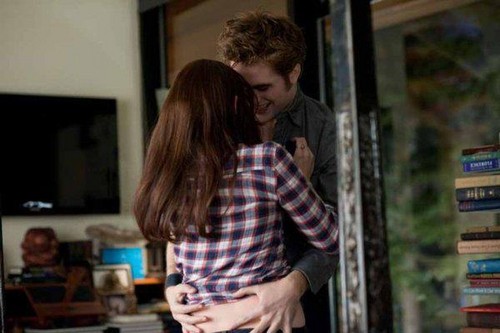 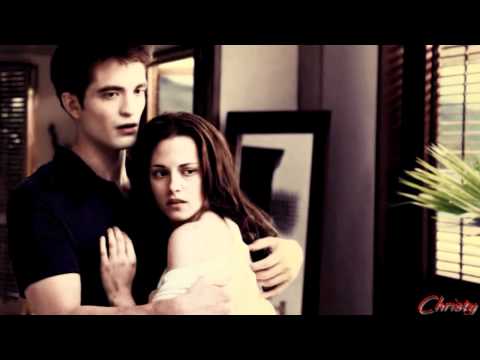 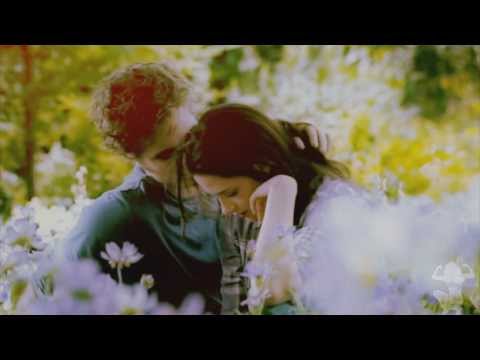 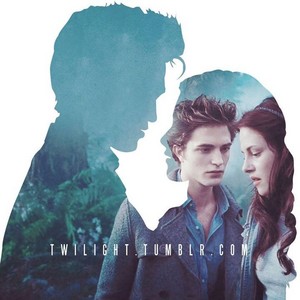 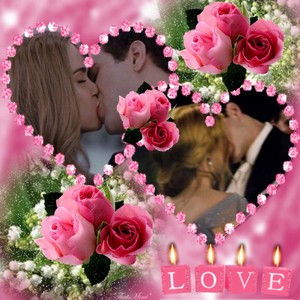 1
Rosalie and Emmett
added by RoseLovesJack
Source: Made によって me 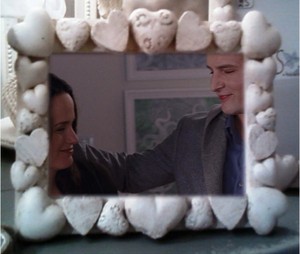 1
Esme and Carlisle
added by RoseLovesJack
Source: Made によって me 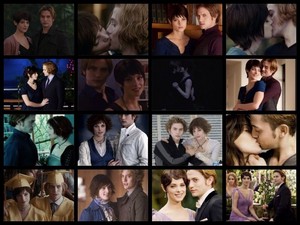 1
Alice and Jasper
added by RoseLovesJack
Source: Made によって me 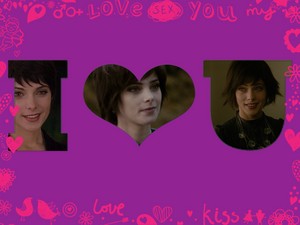