"What's that sound?" Musa asked. She had heard a flute playing somewhere in the distance. She could barely make it out. It didn't sound like any song she's ever heard. And she's heard a lot of songs.

"It's a kind of 音楽 here, though it doesn't sound much like one." Derek said.

"We should follow it, maybe there's help at the end." Bloom said.

"Alright, but we better be careful." Derek said. As they followed the music, they heard 歌う along with it. Soon they got to the 情報源 of the singing. The scene before them was cheerful and carefree. Dozens of colorful lights floated about. In the middle of the little clearing was a 火災, 火 with many people talking and dancing around it. Bloom and the others started walking toward them.

"Wait." Derek said. He knew who they were. They were wood elves. Not necessarily evil, but pretty wild. But before Derek could stop them, they had already been seen. The elves turned to them.

"Um . . . Hello." Bloom said, unsure of how to talk to them, "We need some help, we're searching for a girl with a star-shaped birthmark on her forehead. She looks like this." She showed them the picture. There reaction was not at all what the expected. The elves exchanged glances, and then pulled out swords, and pointed them towards Bloom and the others.

"That was unexpected." Stella 発言しました as the elves tied them up. The elves had never actually killed someone before so that's not what they're planning on doing. However they have captured them. Sometimes they let them go though, but they didn't seem to be planning on that. Derek was just about to go and save them when he felt a hand on his shoulder. He turned around to see a girl in a hooded cloak. She put a finger to her lips signaling for him to be silent. They both hid behind a bunch of bushes.

"Who're you?" He whispered, not sure whether he should trust her.

"Really, your フレンズ are in danger of becoming slaves, and all you're worried about is who I am." The girl said. She had a very noticeable British accent, "Who's bright idea was it to go into a サークル, 円 of wood elves, anyway?" She stepped into the light, and turned into a wood elf. She was still wearing the マント, 隠す though.

"Master," She said, she had a completely different voice now, "There is an army of people just like them entering the forest right now. I saw them with my own eyes. Three hundred at least." The leader looked from the girl to his captives.

"Onward." He said, "Sam, William, Edward stay here and watch them." Then, the rest of them ran of into the woods. The Girl smiled wickedly, and turned to the three elves.

"Sleep tight." She said, and blew some sleeping powder in their faces. The fell asleep instantly. She then took out a dagger from under her cloak, and cut the ropes then she and the others walked back to where Derek was. The Girl changed back. Bloom turned to her to thank her, but when she turned to the place where the Girl had been there 分 before, she was gone.

"And who was she?" Stella asked. Suddenly, a phoenix landed in front of them. It crowed a couple times.

"It wants us to follow." Flora said. The phoenix nodded, and flew off. They kept up with it pretty well, only losing it a couple times. It was a long run, but soon they got to that 城 they'd seen when they first stepped into the dimension. It looked even もっと見る majestic up close.

"I don't know if we should go in. I mean those guys weren't very friendly." Musa said.

"How can we trust that thing?" Aisha asked.

"It's the only thing that hasn't tried to kill us so far." Stella said.

"What harm can it do?" Brandon asked, "You know, other than us being turned into slaves."

"Brandon's right." Stella said, "We won't know unless we go in. Who knows the princess might be in there." A few arguments later they agreed on going into the castle. If あなた think the outside of the 城 is majestic it's nothing compared to the inside. The floors looked like melted pearls, and the walls had murals painted on them of beautiful scenes, and stained glass windows. All the windows were open, letting a warm summer breeze in. As they passed through the halls, they met a women with long white hair, brown eyes, and a kind smile.

"Can I help you?" She asked in a wise voice.

"Yes, it is." Bloom said, "But not for long. A couple days ago, three witches attacked our school. Our teacher 発言しました that they're after ultimate power."

"She's supposed to be the daughter of the King and Queen, and the only one who can save the Magical Dimension." Bloom said, then she pulled out the picture of her, "She's supposed to look like this." The women took the picture from her. She sighed, and seemed to be in deep thought for a while.

"Follow me." She said, a bit somberly. She led them through a hallway to a room. It seemed grander than the others. She opened it, and let them in. They silently walked in.

"Yeah. On the balcony." A familiar British accented voice said. The women gestured for them to follow. On the balcony a girl sat on a balcony with a ギター on her lap, looking at the stars. Her black her flowed gracefully down her shoulders, her dark blueish-green eyes staring intently at the stars as if searching for an answer. She then turned around, and revealed the 星, つ星 birthmark on her forehead. The Princess. She was the girl who saved them from the wood elves.
XxXFloraXxX, musa123s and 5 others like this
stellamusa101 Cool
MissAngelPaws Nice! 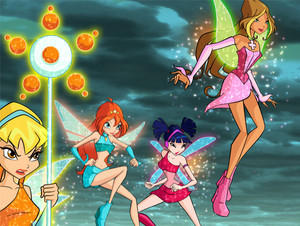 2
the winx
added by stell4 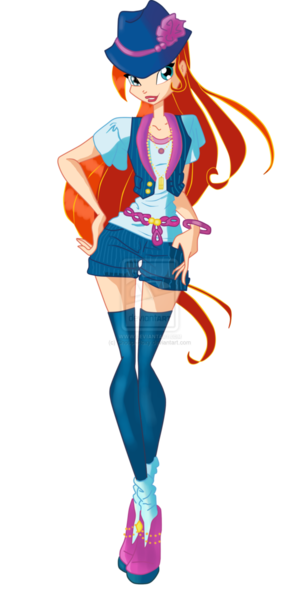 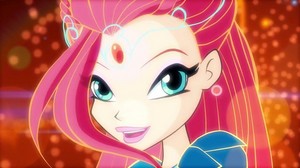 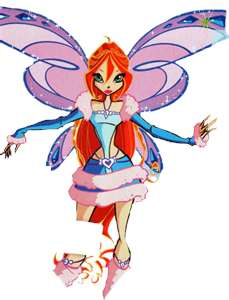 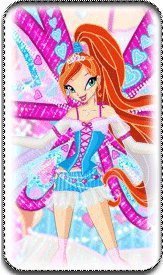 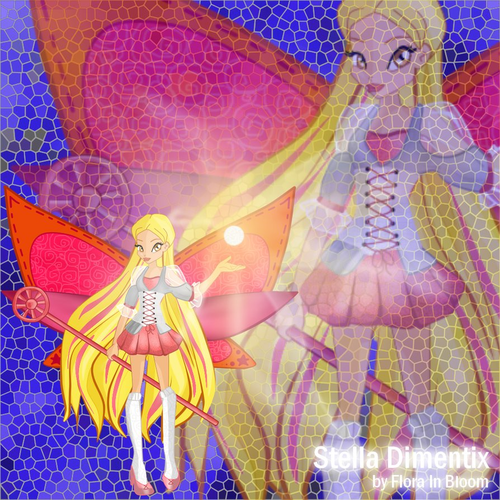 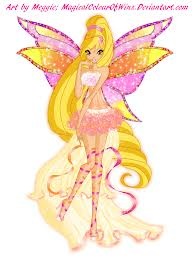 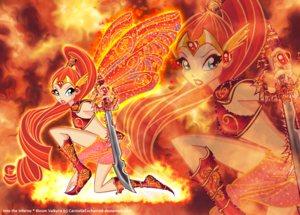 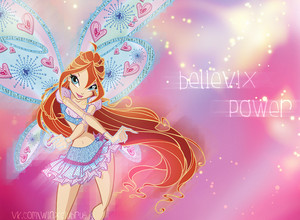 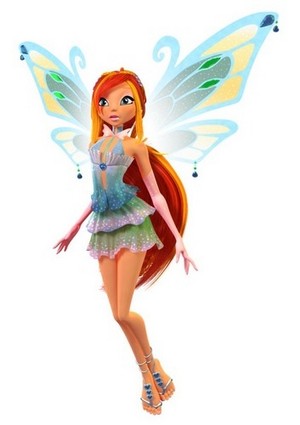 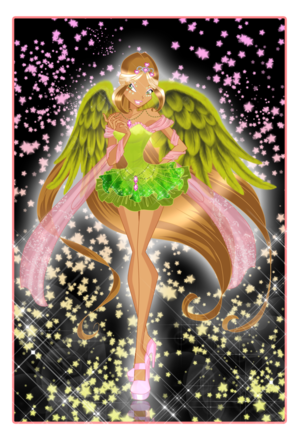 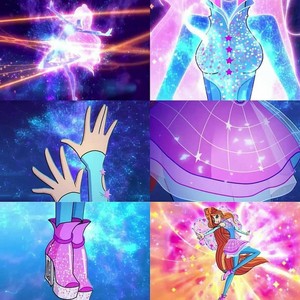 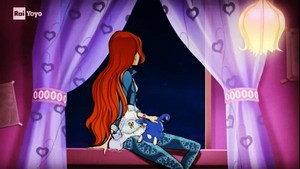 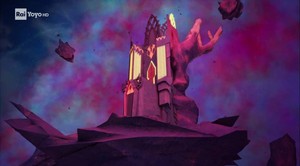 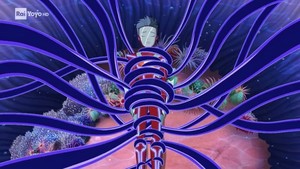 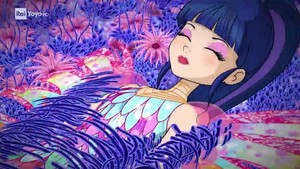 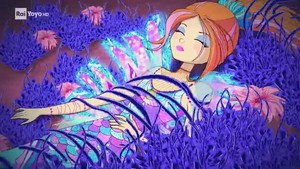 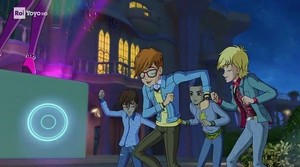