Doppel Crossed chapter 15 The Damsel in Distress (2/10)
posted by HaleyDewit
It wasn’t until they were three blocks away before Derek braked and carefully looked at Damon. “Before あなた say anything, let me explain” he started. Damon still fell short of words and so Derek went ahead. “Veronica was Kelsey’s best friend. They met on college and she came visit Kelsey on daily basis. Since I was seeing Amber I had contact with Veronica, too. When Kelsey died Veronica came to this town for the funeral. She knew I was here and she contacted me. She 発言しました that if I really loved Amber I would do anything to kill the creature that killed her”
“Kelsey killed her” Damon snapped.
“Yes, but Stefan turned Amber” Derek explained. “Amber wouldn’t have died hadn’t she been a vampire and then Kelsey wouldn’t have gone to Stefan and あなた wouldn’t have killed her. Do あなた see the pattern here?”
“So, that’s why あなた introduced yourself as my new BFF?” Damon asked angry.
“No!” Derek exclaimed. “Yes” he added softly. He stroke his hair frustrated. “She convinced me that it was the right thing to do. She 発言しました it would be morally irresponsible if I’d sit back and do nothing”
“Then why did あなた turn against her?” Damon asked in disbelief. “Why are あなた here?”
“Because I realized she’s not going to make any exceptions” Derek 発言しました dark. “I’m a vampire, I’ll have to be eliminated”
“So, basically, you’re just trying to save your own ass” Damon replied.
“And saving yours in the process” Derek added. “Damon” he quickly said. “We have to go back”
“Why?”
“They have someone” Derek started cryptic. “She came barging in, she was upset. I think she wanted to kill as many people as possible. I don’t know how she found us, maybe Elena told her-”
“Who are あなた talking about?” Damon interrupted him.
Veronica had sent her minions away. She walked through one of the many aisles until she reached the door on the end. She pushed the latch down and pushed the door open.
In the center of the room there was a chair and on that chair someone was tied up. She was sitting with her back towards the door, so she didn’t see Veronica entering. She did, however, hear her high heels ticking on the floor as she walked to the chair. She came standing in front of her prisoner who looked up at her, terrified.
“So, Katherine” Veronica 発言しました cold and casual. “Where were we?”, before she shot an ARROW/アロー at her.
1
Vampire Diaries Critical Review
posted by critic4ever
The vampire crazed theme has hit the media hard this past century and caused an increasing popularity amoungst people. It was definitely not the horror, and tragedy that lured these people in, it was the 愛 and protection these ヴァンパイア gave when falling in 愛 with a mere human. Now people think that twilight started this vampire and human girl relationship but in all reality The Vampire Diaries did.

This story is about a teenage girl who struggles with her feeling for two vampire brothers while dealing with the dangers that come with the スーパーナチュラル world, affecting all of those around...
continue reading...
2
Elijah - Series 名言・格言
posted by tvdlover

"Elena, I hope to see あなた around sometime soon."
Elijah, Season 2, Episode 11 - によって The Light Of The Moon

"Klaus is the most feared and hated of the originals, but those who fear him are desperate for his approval. Word gets out that the doppelganger exists and there will be a line of ヴァンパイア eager to take あなた to him and I can`t have that."
Elijah, Season 2, Episode 11 - によって The Light Of The Moon 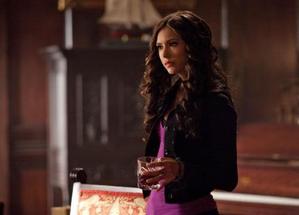 Forget 1864. The Vampire Diaries is preparing to take viewers back to the 15th century...

“The episode that we start shooting on Tuesday is set around 1490 – and in Bulgaria," producer Julie Plec 発言しました at New York Comic-Con over the weekend. “We’ve talked about wanting to 表示する Katherine’s origin story, and it is cool.”

Viewers learned a couple weeks 前 that Katherine's original last name was "Petrova," and fellow producer Kevin Williamson says they plan to depict how this character "came to become who she was."

But, as much as we 愛 the pace and excitement of the...
continue reading...
7
10 Things あなた don't know about Nina Dobrev.
posted by Stelena4eva
1)Her hair is naturally curly.
2)She thinks that the hottest celebrity guy right now is Sam Worthington.She loves Avatar.
3)The celebrity ost poeple say she looks like is Emmanuelle Chriqui from Entourage.
4)Her favourite thing to eat for breakfast is Kashi Oatmeal and Blueberries.
5)She just bought an アウディ Convertiable.Ian Somehalder went with her to the dealer so she wouldn't get ripped off.
6)She is an arachnophic (afraid of spiders)
7)She is dying to visit Australia because she wants to meet a boy from there?Plus she loves Surfing,warm weather,the ビーチ the accents and Kangaroos.
8)Her dream co-star would be Ryan Kwaten (from True Blood)He's awesome.
9)She never leaves her house with her CoverGirl LashBlast mascara.
10)She tells everyone to get The Secret Language of Birthdays.It's a massive book on horoscopes- it's so accurate,it's amazing. 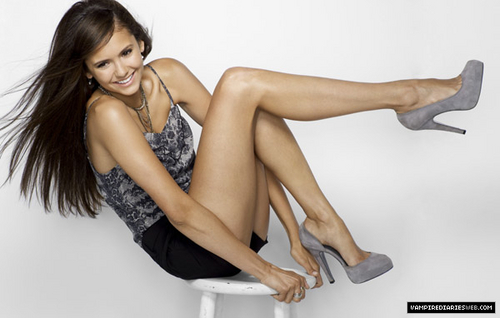 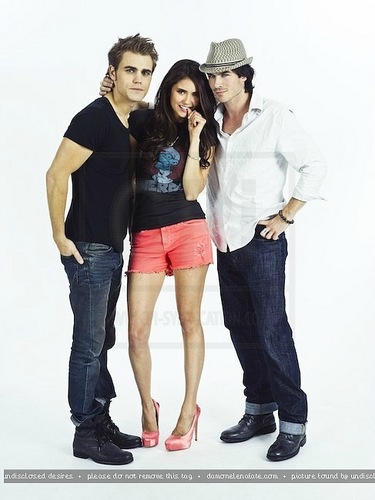 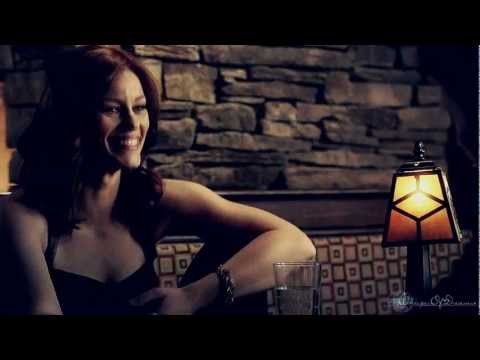 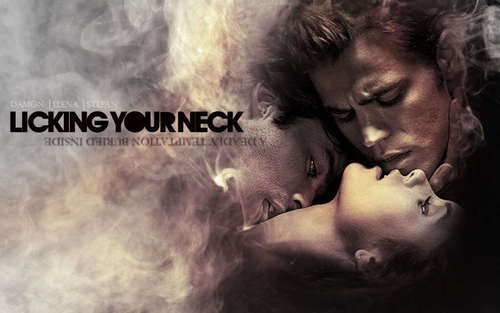 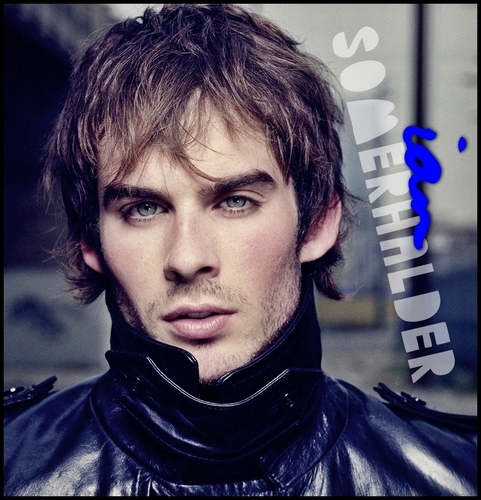 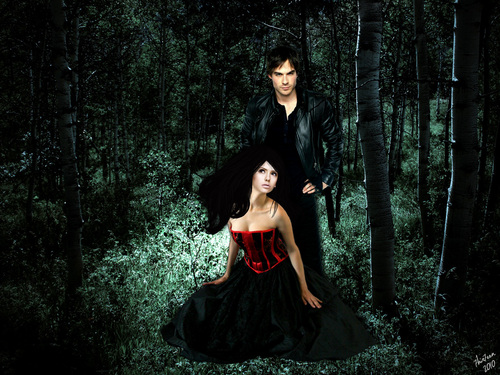 5
Symphonies of Blinding Light
added by 7hir7een
Source: Myself, 7hir7een on deviantART 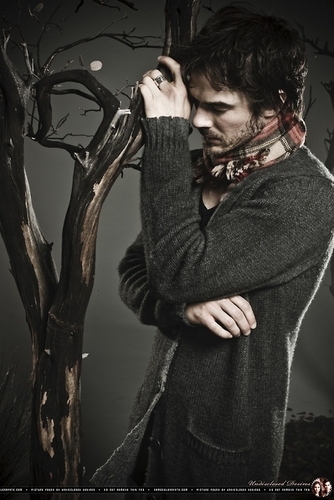 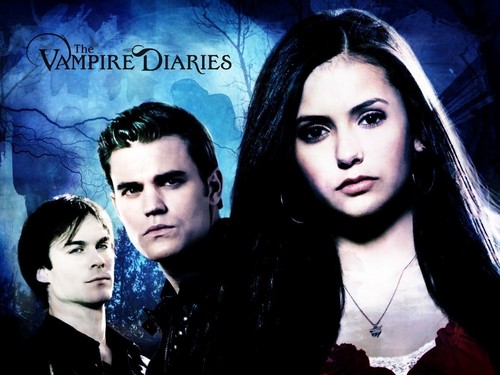 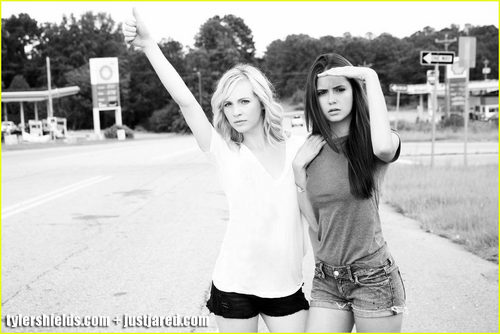 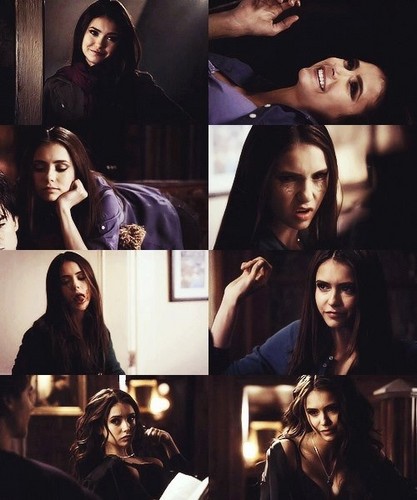 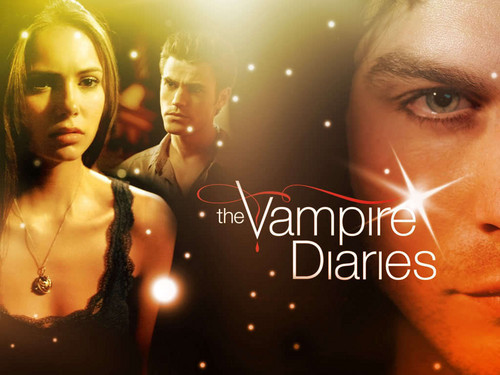 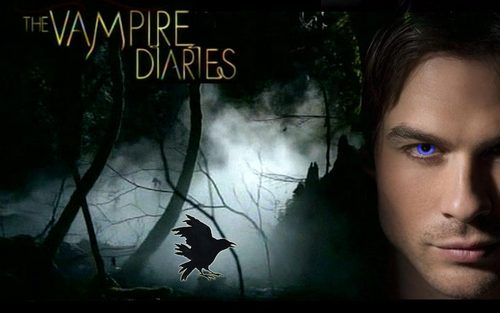