2
The Host Chapter 7 The Hunt (7/10)
posted by HaleyDewit
Katherine stared at him like it was the first time she saw him. Damon walked passed her and entered the Boarding House. “Nice to see あなた too, によって the way” he 発言しました to a speechless Katherine. “I heard Bonnie brought my stuff back here” Katherine nodded, then realized Damon didn’t see her since he was standing with his back to her and mumbled: “Yeah, she did” She gathered herself together and walked towards Damon and stopped right in front of him. “Why are あなた here?” she asked suspicious. “I mean, not that あなた can’t, this is your house, but are あなた allowed to be here? Does Bonnie let you?” Damon frowned his eyebrows. Katherine knew much もっと見る about what was going on than he nor Bonnie thought. She knew または at least had a high suspicion that Bonnie decided where Damon could go and what he could do. “I can talk to you, she doesn’t have a problem with that” Damon decided. “Katherine, I need to ask あなた something” Katherine made a step backwards and braced herself. “What?” she asked careful. “There was a man murdered last night. Would あなた have anything to do with that?” “Bonnie sent あなた to interrogate me? She uses あなた now to do her dirty work? I’m going to kill that bitch!” Katherine exclaimed and she raced to the front door. She opened it and saw Elena on the porch. “Hi, get in, I’m gone” Katherine 発言しました and she ran off. Elena entered the house. “Damon? Are あなた in here? It’s me, Elena”
As soon as Damon heard her name his face went pale and his hands got sweaty. “Elena, go home! I’m sick!” What a lame excuse, Damon thought, ヴァンパイア don’t get sick. He could slap himself right now. He heard footsteps coming closer to the living room and ten 秒 later Elena entered the living room. At first he thought she was walking to him, but she just passed him and headed for the wall. She leaned her back against it and went up and down, like Baloo in Jungle Book. “God, this itch is driving me nuts!” As she 発言しました that Damon felt his own back burning and stinging like Bonnie was in scripting her vervain message all over again. “Hey, what’s wrong?” Elena asked when she noticed Damon’s pained face. Damon turned around and Elena left her wall. She walked towards Damon and lay her hands on his back. “What’s wrong?” she repeated. She felt Damon’s button down was kind of wet. “Nothing” Damon 発言しました sharp. “There’s something on your back” Elena insisted. “Let me see” She started to pull his shirt, but Damon turned and gripped her hands. “Don’t” he said. “Everything’s okay. あなた need to go home” Elena shook her head. “I don’t want to go home. I don’t want to see Stefan right now. Can’t I just stay here for a while?” she asked with a 子犬 look in her eyes. Damon looked sadly at the girl he fancied. He should send her away, and make her stay away. But one 時 couldn’t hurt. “All right” Damon sighed. “Why not” “Yay!” Elena exclaimed and she threw her arms tightly around his neck. Damon, who tried to ignore the sharp, burning pain, helplessly patted her back.
McAdamsFan and HollyMarie like this
2
The Host Chapter 7 The Hunt (6/10)
posted by HaleyDewit
“I still can’t believe あなた killed him”
Amber and Kelsey were hiding in the woods.
“And I can’t believe あなた just drained him” Kelsey fired back. Amber shrugged. “You know what I am, what did あなた expect?”
“Who turned you?” Kelsey asked.
“Some guy named Stefan, why?” Amber said. Kelsey’s eyes widened. “Stefan Salvatore?” “Yeah” “You got involved with a Salvatore? Are あなた out of your mind?”
“I didn’t get involved with him! He got involved with me. He attacked me. And why are あなた so upset about him being a Salvatore?” Amber asked uncomprehending.
“The...
continue reading...
2
The Host Chapter 7 The Hunt (1/10)
posted by HaleyDewit
Amber looked outside her window. The house was surrounded によって police cars and a police officer held a loudhailer in his hand. She automatically covered her hands when he shouted: “Amber Lindy! You’re surrounded, there’s no way あなた can escape! Walk outside with your hands behind your head!”
Yeah, sure, I’ll surrender for something I didn’t do, Amber thought while she put her finger in her ears. They ringed. She would’ve heard him perfectly fine without the speaker, but of course they couldn’t know that.
Amber took out her phone and dialed a number. It took a while before she reached...
continue reading...
2
The Host Chapter 6 The Letter (8/10)
posted by HaleyDewit
Rachel and Gabe were having ディナー when someone knocked their door. They looked up at each other with a hopeful expression. Could it be? Gabe got up out his chair and walked down the hall to open the door. It was true. God had heard his prayers and answered them. He looked at the girl standing on his porch. “My dear God” he sobbed. “I knew you’d come back” He hugged her. “Can I come in?” Amber asked careful. Gabe let go of her and looked at her with a strange face. What kind of 質問 was that? “Of course あなた can come in, sweetie” he said. He pulled her into the house and...
continue reading... 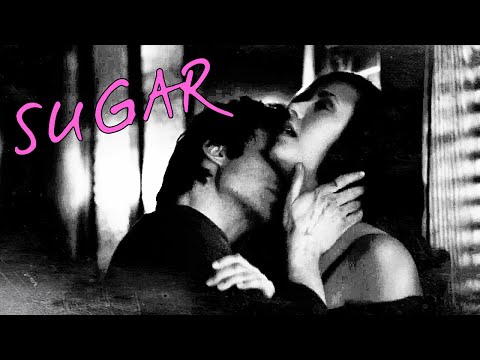 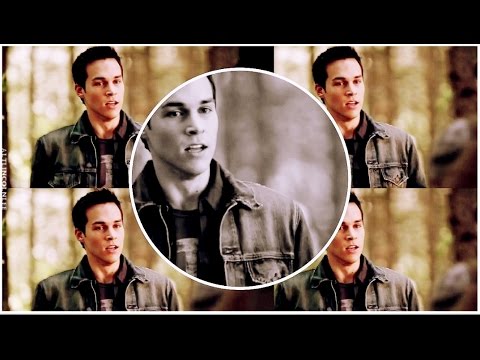 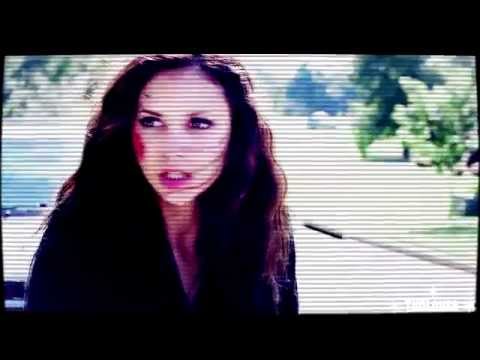 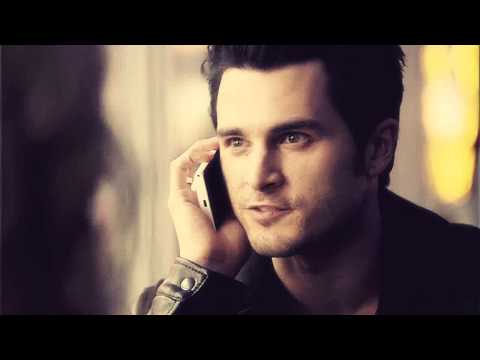 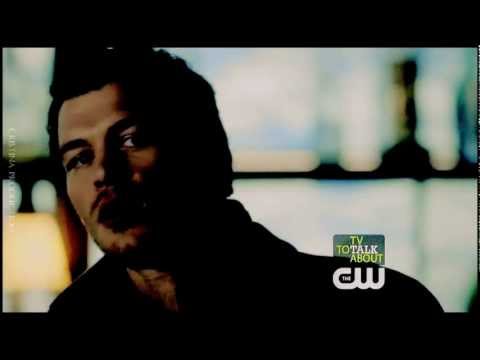 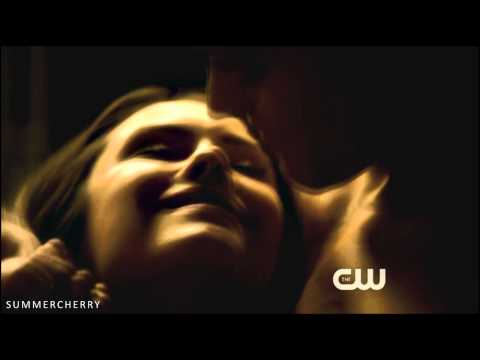 ►The Vampire Diaries✗ I'm not H U M A N
added by damon_elena
video
cast
ヴァンパイア・ダイアリーズ
2
The Host Chapter 6 The Letter (3/10)
posted by HaleyDewit
Bonnie was in the guest room of her house. A suitcase was lying open on her ベッド and she threw clothes in it. Damon’s clothes. She had unpacked them, because she believed she could keep him longer in prison. But that vampire 雌犬 Katherine had ruined her malicious plan. Damon was as good as free, he would drink human blood again, so he’d be stronger again. It would be just a matter of time before he came back for her to kill her.
When she was done she put her hand above the suitcase and let it float out of the room, downstairs. She opened the front door and unlocked her car. She opened...
continue reading... 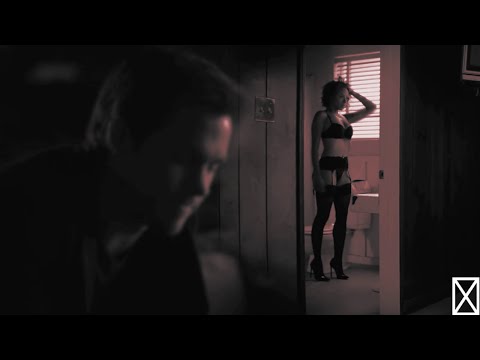 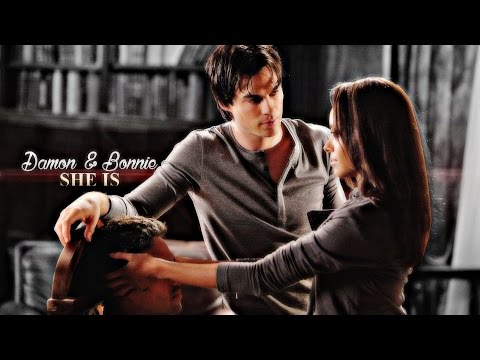