The highs and lows of The Princess & the Frog.
posted by LisaForde 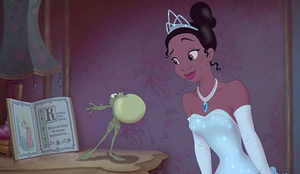 A cute movie
I recently purchased the DVD for this movie and let me tell あなた that it was a pleasure to see a hand drawn animated film for a change instead of all this stupid 3D アニメーション that ディズニー does now instead of what they are really good at. Here is my highs and lows of PATF.

The 音楽 is jazzy although I don’t like jazz 音楽 whatsoever .

The villain was terrible (sorry guys but I hated the way he died it was pathetic).

The ending was a bit rushed.

The...
continue reading...
6
Racisim should not be a part of this CLASSIC FILM.
posted by MrsEric_M
あなた go on IMDB, comingsoon.net, youtube.com, and all あなた find is a bunch of pathetic growups- non-the less, arguing over the color of a ディズニー Princess. Who has come to make a milestone for not only happy little black girls but for white little girls as well. And not only for kids but for kids of all ages. I grew up in the 90's. I was born the 年 The Little Mermaid came out. She has been my お気に入り princess ever since. It was a coincidence that my お気に入り Princess was the one I never saw in the theatre. Ariel is half-fish. I dont think I ever complained about her having the rear-end of...
continue reading...
1
My 一覧 of お気に入り PATF Characters
posted by missvantassel 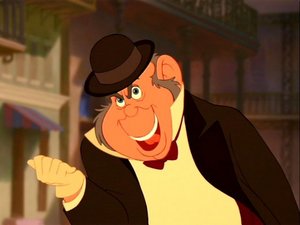 this movie is one of my お気に入り ディズニー films so here's my ranking of the characters I like または dont like, please enjoy! =)

this guy is a jerk but honestly i cant blame him entirely, he spent his life being put down and used によって others so i kinda understand his anger and I'm sorry he made bad decisions but yeah, he wasnt a good friend to naveen of course.

*waits for torches and pitch forks from tumblr tiana fans* yea guess what, I'm not a big tiana fan. at one point I was, I thought she was pretty and classy and cool but now I find her boring and overrated. she's the first black princess,...
continue reading...
2
The Princess and the frog
posted by LisaForde

Ok I never seen this movie as its not out yet in Ireland but I did see some clips and I would like to point out some things on the movie:


1. The prince sounds like Antonio Banderas yet he reminds me of Jean Bob from The 白鳥, スワン Princess meets Dimtri in human form from Anastasia.

2. The small little man who poses as the prince later in the film is so like Nathanial from 魔法にかけられて aka Timothy Spall.


3. The story i'd say could be another deja vu like 魔法にかけられて which is my fav film.

Tiana: The first African American Princess from ディズニー Tiana is a hardworking waitress in 1920’s New Orleans. She dreams of opening up her own restaurant out of her tips that she gets from her current place as a waitress. She is a クロス between シンデレラ and Belle (well I think anyway) because she’s hardworking like the two princesses I mentioned below.


Naveen: He has to be my favourite prince because his so witty and a real charmer(aka a womanizer). He gets transformed into a frog によって Dr Faciller who is the villain in the movie.

Lawrence:...
continue reading...
1
Princess and the Frog
posted by JarethFan
"Naveen, what are あなた doing?" she asked turning around. "well well well, look who's messing with the Voodoo man's daughter." Tiana 発言しました frowning. "lemme fix that Naveen." He looked up at her. "But eatch out for the mucus, no?" Tiana sighed. "Ok Ok i know." she 発言しました キス him. Sparkles were everywhere. "How did this happen? I mean- I-I" Tiana 発言しました confused. Her hands were once again green, and she was slimy with mucus again. "But i'm a princess though... Mama Odie said..." Tiana 発言しました thinking. Naveen looked at her. She was so beautiful.... But how can he tell her about... "Naveen, it's back...
continue reading...
2
The Princess & the Frog:Alleulia 2D is back!!!!!
posted by LisaForde
The Princess & the Frog tells the story about a hardworking waitress who dreams of opening up her own restaurant. Meanwhile a womanizing Prince named Naveen and his sidekick Lawerence meet a vodoo magician named Dr Facifier transforms Naveen into a frog and Lawerance as Naveen. At the ball Tiana dreams upon a 星, つ星 when suddenly Naveen convinces her to キッス him . But when she kisses him she changes into a frog........

Set in 1930s New Orleans ,PATF is an enjoyable musical comedy that makes あなた wanna wish upon a star. 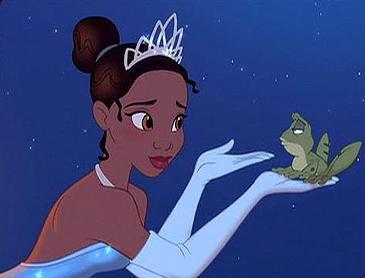