INTRODUCTION.- Sheldon bought several tickets on a national sweepstakes which awarded four (4) tickets for a two-week Caribbean cruise with cast members of the 星, つ星 TREK TV shows (TOS, NG, DS9 and Voyager). In order to enjoy the full 星, つ星 TREK experience, the guys (except Leonard) agree to incarnate a different TREK character: Sheldon (Spock), Howard (Quark) and Rajesh (Khan). Sheldon knocks on Penny’s door and invites her to 登録する (she would be Yeoman Janice Rand; Sheldon gives her the 100% replica costume). Penny in principle declines the invitation since she feels things will be odd between her and Leonard, but then she is surprised when Sheldon tells her that Leonard is not going to the cruise, that instead he took a short sabbatical at Caltech and went ホーム to New Jersey just 3 days ago. Penny, confused, asked Sheldon why nobody told her; Sheldon at first says:” Well, あなた haven’t asked for Leonard in over a week!” and then takes her to his apartment and shows a pre-recorded message Leonard had left. In it, Leonard explains that he is too broken hearted, and was going ホーム to “find a way to be able to deal with it”. Penny, thinking that this was some sort of trick, agreed to go on the cruise. Unknown to the guys, Mrs. Kootraphali, Wolowitz and Cooper tag along to keep a close eye.

HOWARD.- Howard (dressed in full costume as Quark) is sitting alone at the bar, when out of the blue Jordi LaForge, Miles O’Brien and Be’elanna Torres sit with him and started talking about “engineering stuff”. Right of the bat Miles tells Howard that he looks weird… Quark looks rather natural “behind the bar, serving drinks and trying to hustle a lucrative deal”; Howard gladly complies and takes over as bartender. The three engineers soon get into a bragging fight over which was the best ship; Howard manages to end the dispute によって forcing all three to lift up their glasses for a トースト to the greatest of them all: Scotty. As the feud is settled, Howard turns his head and notices that his mom (who almost never drinks) is sitting at the other end of the bar, looking obviously distraught. Disguised (and speaking) as Quark he comes over to offer a drink; Mrs. Wolowitz is wearing a black dress, and for purposes of her anonymity all shots between her and Howard are at camera angles which do not reveal her face. She finally confesses why she communicates with Howard によって yelling all the time. The night Howard’s father left them she was alone in the キッチン while Howard was upstairs, in his room. Howard woke up and asked if something was happening; she could not let Howard see her crying so immediately she yelled “Everything’s fine… go back to sleep”, which he did. In time yelling became a custom… plus it spared her from walking much with her “spider-veined” legs. But at times, especially after her son calls her “crazy lady” (just like Howard’s dad used to call her) she has to wait for him to leave and hang out with his buddies so she can sit down and let herself cry; like she was doing right now! Howard, trying to keep it together, asks her what her son looks like (after the 説明 Howard even says:”Hummm…looks like a pretty handsome guy!” which gets her to laugh a little bit). I tell あなた what…. If I ever have the chance to serve him I will make sure that he understands… even if he had to bite him on his skull. Feeling much better, Mrs. Wolowitz stands and leaves… but then comes to ask:”Hey… those teeth you’ve got… those are fake, right?”. Howard nods and she says: “Good for you… no dental plan can straighten them up!”.

RAJESH.- Before coming aboard the cruise Rajesh was 与えられた an extremely potent dermal patch version of the anti-mutism drug. So potent that he would fall immediately in 愛 with the first woman (other than his mom, of course) he spoke to. Over an argument in Rajesh’s キャビン (as usual his parents are nagging him and trying to set him up with an Indian girl of their choice) accidentally Rajesh’s father plants the patch in Rajesh’s chest. From then on Rajesh has to walk around wearing a brown paper bag with no holes covering his head, which of course makes his trip particularly unpleasant. Rajesh repeatedly tries to make a stand for independence on several occasions but to no avail. Then, he is walking with his endlessly nagging parents (they were arguing about some stupid issue and fail to look after Raj) when he falls down a flight of stairs that lead directly to the bar. Bruised and desperate with everything, Rajesh finally takes off the bag only to find a beautiful Indian girl asking him if he was OK. Rajesh’ parents come down the stairs and find him talking to this girl; they are in shock!. Rajesh’s mother quickly intervenes and “orders” Rajesh to stop talking, forget about the girl (she has a bright red dot in her forehead) and put the bag on again… Mr. Koothrapali, on the other hand, point’s out that she is wearing a pair of rotten jeans… she must be somebody else’s servant!. But then the Indian girl (Jazmina), who is immediately taken によって Rajesh’s particular helpless charm, steps up to them and gives them a piece of her mind. In fluent Hindi Jazmina lets the Kootraphali’s know that she is the eldest (and most rebellious) daughter of India’s wealthiest man… and that the red dot on her forehead is just residue from a paintball fight she was just an 時 ago. Jazmina and Rajesh part ways, but Raj’s parents tried to follow in pursuit. Suddenly “Q” appears, with a flick of his fingers sends Raj’s parents ホーム to New Delhi and closes によって saying: ”Well…there あなた have it…my good deed for the century!”.

PENNY.- Penny boards the cruise still sure to find Leonard, but is shocked when confirmed that no passenger is registered under that name. Throughout the voyage Penny is constantly remembering Leonard: in the faces of the trekies aboard the ship, watching the starry skies. When in costume (as Yeoman Janice Rand) she is constantly hit on によって non-trekies She is not only “not-in-the-mood” for any type of relationship, but realizes that for better または worse “regular guys” are now way below her standards; boring at best. One night she walks aimlessly until she gets to the ship’s bow. There she dreams that Leonard is right there with her, like in the famous “TITANIC” scene; instead, a crew man comes によって and hands her a blanket so she doesn’t get cold. She heads to her キャビン to cry herself into sleep, when all of a sudden Capt. Kathryn Janeway approaches her:” I might be a little rusty… but I still can pick up when someone needs to be heard!” and they turn to the bar. After Penny tells the whole story about her relationship with Leonard, Capt. Janeway starts talking to Penny によって saying that the root of her problem is fear. She points out several situations of the “Voyager” series, including her own experiences, in which at some point someone had to face a certain kind of fear. And that no matter what the situation, fear should never be confronted alone. Janeway makes Penny realize that Leonard has even もっと見る reasons to be afraid than her, after being rejected so many times and for such pedestrian reasons; nonetheless, and despite his shortcomings, Leonard was willing to “hang in there” for her unconditionally. Rather than facing their fears separately, if they really cared for each other, the best way to defeat their fears is to do it together. When Penny starts to smile and wipes off the tears, Janeway says:” Honey… I would 愛 to get あなた on board a runabout and warp speed あなた to Leonard… but where are runabouts to be found whenever あなた most need them anyway?.

SHELDON.- He first appears beating the crap out of Tuvok in Vulcan 3D chess, surrounded によって a crowd of trekies; but when Tuvok was about to ask for a rematch, the hand of a grey-robed man pats him on his shoulder and sits in his place; Tuvok grins. Sheldon satirizes about statistics that Franciscan priests are not exactly familiar with Vulcan 3D chess, but the robed man pulls his フード off: it’s Spock, who says:” Your logic is flawed…Franciscan robes are brown, not grey. On the other hand, and talking about statistics, I have not ロスト a match since Stardate XXXX.X (over 500 years ago); would あなた care to ponder the odds of your success?”. In another scene later on Sheldon finally gets even at Will Wheaton in a game of Kal-Toh. To do so, Sheldon tricks Will into believing that he had cheated によって moving the table; Wheaton falls for the deception and unnecessarily turns the 表, テーブル one notch; this unnecessary 移動する not only throws Wheaton off, but provides Sheldon with the opportunity to complete the match. Sheldon dances ビクトリアス as trekies hail his triumph. Out of the crowd comes Seven of Nine who invites Sheldon to the bar. Sheldon orders a “SHIRLEY TEMPLE” and Seven of Nine orders a “DIRTY SHIRLEY” (which has ウォッカ instead of Ginger Ale); at the moment the drinks are served Sheldon waives ビクトリアス to a cheering crowd of trekies, and Seven of Nine swiftly switches the drinks. Of course, Sheldon is drunk in seconds, and Seven of Nine agrees to take him to his room and demonstrate the Borg assimilation technique. Penny, Howard, Raj and Jazmina started looking for him; they run into Chacotay who tells them that it must be a mistake… Seven of Nine is not onboard; they keep searching Sheldon, unsuccessfully. Meanwhile, in Sheldon’s cabin, Seven of Nine is sitting on 上, ページのトップへ of Sheldon, ripping off his clothes and saying”: “We are the Borg…resistance is futile!”. The final sequence is a closing shot into Sheldon’s left eye, and deep inside his eye a big explosion occurs as he says:”BAAM!”

EPILOGUE.- As everybody is coming down from the ship Howard tells everybody (except Sheldon, who is catatonic and sitting in a wheelchair pushed によって her mom, saying nothing but “BAAM” every 60 seconds) that Leonard texted he was back. When they arrive at the building Penny runs up the stairs, but before she can knock on “4A” Dr. Beverly Hofstadter comes out of the apartment, looks at Penny and emotionless says:”Last クリスマス I told Leonard to take good care of you…obviously あなた didn´t understand that reciprocity was implied… but then again …my mistake in assuming あなた understood the concept of reciprocity!” and without further delay she walks down the stairs. Penny opens the door only to find Leonard, in a grey suit, transformed into an emotionless alter ego of his mother. When Penny asks: “WHY?”, Leonard simply stands and stares at her… without responding.
stock-2007 That was very good apart from the ending we still don't know about Penny and Leonard!!!! 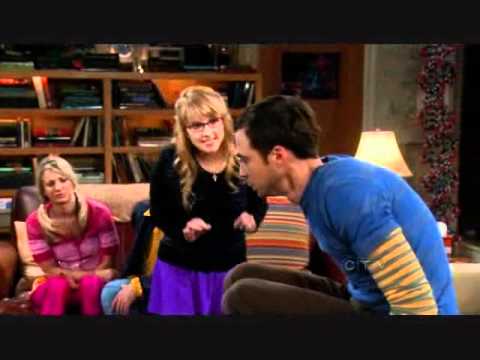 Best of Sheldon- TBBT
added by Shelly0921
This is the video of all Sheldon's best moments! LOL! This video does not belong to me. It belongs to MissLeighShannon on YouTube! Check her out!! Thank You! :D
video
sheldon cooper
ビッグバン★セオリー/ギークなボクらの恋愛法則
best-moments
funny 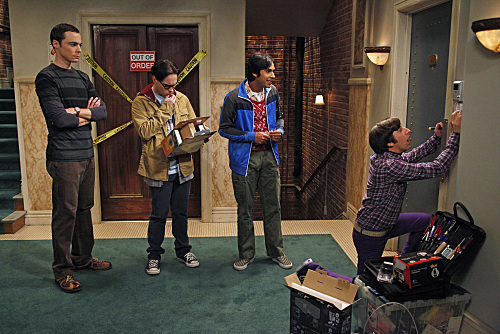