Another World Chapter 11
posted by MadisonFontenot 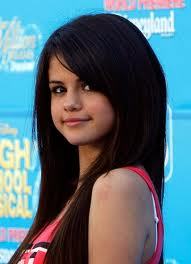 Three days later Niall and Ruby rode down the road to their house. She just got out of the hospital and she was kinda sad about it. She really liked the hospital. On Fridays they brought 子犬 to the hospital and she got to play with them. On Saturday, the last night she was there, she and the other kids got to go to the hospital としょうかん, ライブラリ and have a ice cream party. She also meet a few of the kids like Andrew, who was in a car wreck and got amnesia, and Dani who broke from falling off a roof -yeah, she isn't the brightest in the world.
But now, she's going ホーム and isn't very happy about it. The boys will probably always watch her and not let her out of their sight, she hasn't told them exactly what happened that night in the alleyway, but she knew that they would find out soon

"Ruby!" Zayn yelled pulling her onto his lap. Ruby rested her head on his bare chest. "Tired?" Zayn asked. She nodded and closed her eyes. A few 分 later she was sleep on his lap and Niall walked in. He looked at Ruby and smiled at his sleeping sister, "What do あなた think happened?" Niall asked. Zayn looked at him confused, "She hasn't told あなた yet?" Niall shook his head. Zayn looked at Ruby to make sure she was asleep, "Go to her and under the right side of her ベッド mattress, あなた will find a book. Me and Harry found it when あなた asked us to get Ruby some もっと見る clothes." Zayn explained. Niall nodded and did as he was told.
Niall grabbed the book and opened to the front page.

Dear Diary,
Today in P.E it was tough, my crush Nathan and his 'gang' marched over to me during break and jerked the book I was 読書 out of my hands. He asked me what I was doing and I simply told him reading. He slapped me across my face and told me to watch my tone! What tone?! I just don't understand. I thought he liked me too, guess I was wrong.

Niall sighed and flipped a couple of pages.

Dear Diary,
Last time we talked I told あなた about how Elle and her best friend told me how I was pathetic and useless to the world...

Niall dropped the book as a tear slipped down his face. How could someone do this to his little sister? She's so sweet and innocent.
Niall looked down at the ground and sighed picking it back up and flipping back to the page...

...and how I should just kill myself, and do the world a favor. Why does she hate me? Why is everybody so mean? I cannot go on like this for much longer. Well, it's been a week since then and things are getting worse. Rebecca, my ex-BFF, has 登録する Elle an is tormenting me too. Why has my life turned into this? And what makes it worse is that Niall is so busy in his school work that he never has time for me anymore. So I'm all alone in this cold cruel world.

Dear Diary,
Me and the boys went to the 映画 to see my all-time お気に入り movie, Harry Potter. We had lots of fun and he even introduced me to his girlfriend -he says they aren't dating but I know they really are. Tee-hee but don't tell him I 発言しました that our I would probably get in trouble! Speaking about trouble... While we where at the 映画 a few days ago, I went to the restroom and asked Lindsey, Niall's so-called 'friend' aka 'girlfriend', to stay out side and that I would only be a minute. As I walked over to the stalls someone grabbed my hair and threw me against the wall. "I thought they didn't let イヌ in here!" The high pitched voice 発言しました with some snickering behind her. I looked up and saw Elle. She kicked me in my gut and I winced at the pain. It was terrible, she kick, punched, and did whatever possible to hurt me that went on for almost three minutes. When she an her posy walked away I cleaned my self up ad walked out the bathroom. I acted like nothing was wrong even though things were very wrong. When I got ホーム I made a lame excuse and 発言しました I was tired, but really I went into my room and cut. Like I do almost every night. So that's my catch up on what been happening in my life/: but the good news is that me and Zayn have gotten really close. He is always there for me when I need him.... And he's my best friend, and don't tell anyone but I think he's kinda cute! Well, I'm going off to ベッド so goodnight!

Niall flipped through the pages some もっと見る 読書 もっと見る and more. The もっと見る he read the もっと見る sick he got. Everything they did to her was so cruel. He closed the book and slid it back under the bed.
As he skipped down stairs he saw Ruby and Zayn talking and giggling. He thought of what the diary said, I think he's kinda cute! he never notice how much she liked him. To bad she's his sister and Zayn's his bestfriend. They are only two years apart so it might be possible... But Niall would never let it happen!

"Rubz?" Zayn asked walking into Ruby's room.
"Yes?" She asked climbing off her bed. "Are あなた hungry? We are going to Nando's." Ruby was edging to go but since they where going to a restaurant that meant that she had to... Eat. She hasn't eaten in almost a two weeks. "No," she finally said, "I'm not hungry." Zayn walked closer to her, "Ruby." He 発言しました sternly, "You need to get something in your stomach. Please come. For Niall? For me?" Ruby sighed looking at the ground. After a few 秒 she nodded. Zayn smiled and grabbed her hand. They walked down the stairs.
"We all ready?" Niall asked impatiently. Seriously this boy had no patients at all! Everyone nodded. In the car ride Louis and Liam rode in the front Niall sat in the middle, Lindsey sat によって him and Zayn sat on the other side of Niall with Ruby on his lap. He had his arms around her tiny waist and she had her head on his shoulder. While Ruby was looking out the window, Niall bent over to Zayn, "Keep your hands to yourself Zaynie!" He whispered. Zayn blushed and looked out the window too. They finally got to Nando's and Ruby looked like she was going to barf. Zayn grabbed her hand. She smiled wildly at him.
Everybody order there 食 and are now mingling.
Liam's burger and Niall's ナチョス came out the door. And then one によって one everyone's 食 came out. Ruby starred down at her plate. She got grilled cheese and fries. She sighed and looked up at everyone at the table. Liam, Louis, and Niall were having a eating contest, Lindsey was watching them giggling, and Zayn was messing with his hair. Ruby sat back and watched Louis and Liam. Louis was using his elbows to 移動する the 食 away from Liam. Ruby giggled quietly. She looked down at her plate again and grabbed a fry and stuffed it in her mouth.

Ruby was walking up the stairs when someone grabbed her waist and carried her to the couch. She could tell によって the boney fingers of who it was, "Louis!" Ruby cried giggling. Louis put her on his lap, "Yes?" He asked squeezing Ruby so she couldn't get out of his arms. She tried but soon gave up, "So what are we watching?" Louis grabbed the remote and flicked through the channels, "How about.... THE AVENGERS!!" Ruby giggled and nodded. They started the movie and Ruby snuggled up to Louis.

"Alana.." Harry whispered shaking her lightly. She moaned as her eyes fluttered open. It was nine in the morning and Harry was surprisingly up. Alana smiled wildly at Harry.
"Niall! Zayn! Louis! Harry!" Someone yelled from down stairs. Harry looked at the half open door. He sighed getting out of ベッド and Alana following. Once down stair he saw Liam smiling like crazy holding his phone, Louis sitting on the couch, Ruby on his lap, Zayn sitting on the opposite side of the couch, and Niall and Lindsey cuddling on the love-seat. Harry sat on the recliner and pulled Alana on his lap.
"So.. what did あなた want?" Zayn asked. Liam looked at everybody and smiled even wider, "We are going on the X-Factor tour!" Everybody was screaming yelling and full of excitement, but not Alana. She knew that they would be gone for a long time.. and she would be alone.
Again

1Directionluv1D, aanikamerchant and 1 other like this
fiestagirl12345 Loove it post more
ZoeyMalik28 OHMYGOSH! RUBY STAY AWAY FROM MY MAN! Just kidding...still...0_0 DIBS ON LIAM! No one touch him..xD Okay..whatever. Me and my crazy things. OHMYGOSH I'M LIKE GETTING ALL EXCITED AND HYPER AND STUFF! WRITE MORE SOON
aanikamerchant love it superb amazing ( ALLL THE GORGEOUS WORDS ) for this
nivi20997 looooove it!!!!!!
3
Another World Chapter 1
posted by MadisonFontenot
Alana and her new friend Harry were walking ホーム from school.
"Tomorrow is the first 日 of spring break!" He exclaimed. Harry just moved into her town a 月 前 and they became good friends. He is also her neighbor.
"I know!" She smiled pulling up her book-sack, "I heard that Tanner Nixen is throwing a party!" Tanner Nixen is a football player, and one of the most 人気 kids in there grade, 10th grade.
"Are あなた gonna go?" Harry asked. Alana shrugged, "If I do... will you?"
Harry smiled at her, "Well... Duh!"
"My stop," She said. Her and Harry live right 次 door to each other.
"So soon?"...
continue reading...
How One Direction got us famous- Part 1
posted by mehparty3
I was sitting in my two-story 木, ツリー house, on my laptop, looking at YouTube 動画 when I heard a knock on the first floor. "Come on in," I called. "Lilah?" a familiar voice sounded. "It's Beth." I put down my laptop and stuck my head through the 秒 floor opening. "Oh hey, Beth!" I smiled. "You here for the meeting?" "Yeah," she 発言しました starting to make her way up to the 秒 floor.

Minutes later, a 秒 knock sounded. "Hey guys!" I heard Theresa say. "Mary's here, too!" Both Theresa and Mary climbed up the ladder and sat down. I glanced at my watch. "Hailey's late," I mumbled. "AGAIN."...
continue reading...
3
What Is love/Chapter 1 (Part 2) X
posted by zara19 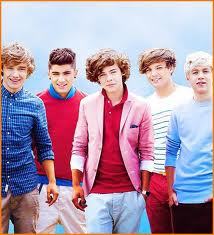 They got ホーム and got dressed. "Sleep tight guys
DIN DING!
Mina woke up. "Whats that noise"she said.The rest of them woke up. "Its the ベル to wake us up" 発言しました Emily sleeply. Marie jumped up and got ready.It was Sunday and Elena wanted to make the most of her day! Then the rest of them got up and ready.
Mina wore a nice black t シャツ that 発言しました 1D rule and a black skirt. Marie wore a red 上, ページのトップへ that 発言しました I 愛 Liam and her nice jeans. Finally Emily wore a purple 上, ページのトップへ that 発言しました I 愛 1D!They all came down stairs and has some breakfast. "So what time are we going to see are new bfs"said Mina eagerly....
continue reading... 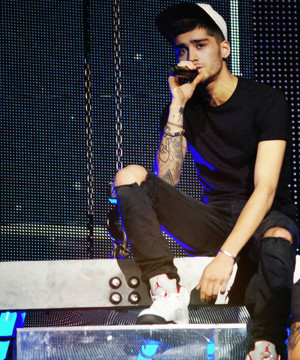 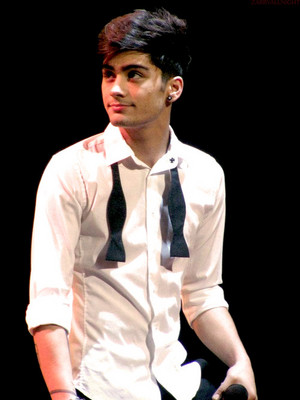 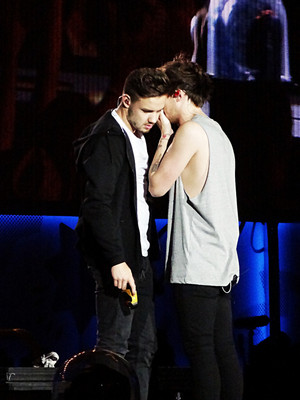 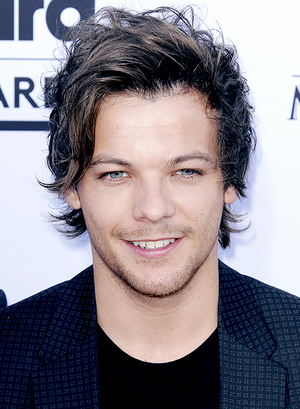 About visiting Christ the Redeemer
added by Blacklillium
Source: zainsmalek 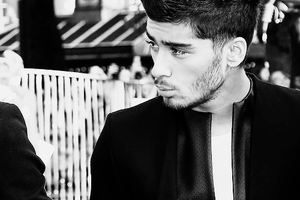 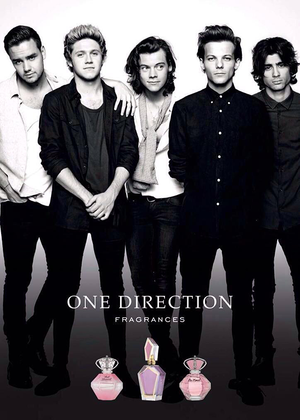