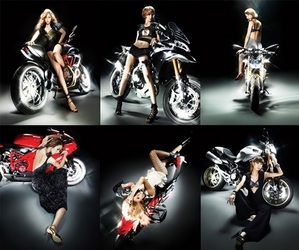 Nine Muses were recently featured in the October edition of ‘Esquire‘ fashion magazine, where they showed off a sexy new look that left male ファン speechless.

The ladies professionally modeled ‘Ducati’ オートバイ in various alluring outfits that had stand-out pieces like hot pants, fishnet stockings, and deep cut dresses. This sexy yet tough charm is definitely a big change from their retro-cute “Figaro” concept, which goes to 表示する that the members can still tap into their former modelling experiences at any time.

A representative for ‘Esquire’ stated, “Unlike other girl groups who have the cute image, Nine Muses are model-idols so we knew that they’d be able to express the charm of the ‘Ducati’ bikes well. The members were all completely focused, completely taking the staff によって surprise.”
Rana changes Roles with Sera to be Leader of Nine Muses?
posted by Bubblepop00 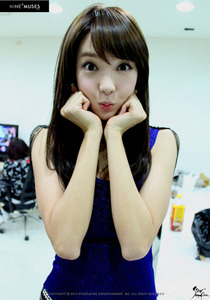 So I decided to look up and nothing was coming up that was confirming that she was the leader of nine muses until, I watched an Chinese interview of Nine Muses.

My honest opinion is that 星, つ星 empire really messed this one up, it would of suited, Sera もっと見る to be Leader of nine muses but whatever!
Nine Muses’ Sera reveals she ロスト 20 kg + shares dieting tips
posted by Bubblepop00 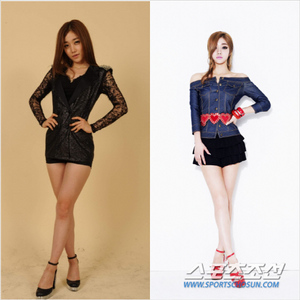 Nine Muses‘ Sera recently caught the attention of ファン and netizens for her slimmer physique with the group’s “Figaro” comeback.

As it turned out, she was revealed to have undergone a drastic image change with a 20 kg weight loss since her trainee days. A representative of 星, つ星 Empire explained, “Sera 発言しました that she weighed over 70 kg when she first began training three years 前 due to stress. She’s been dieting ever since then and ロスト over 20 kg. She ロスト about 6 to 7 kg during Nine Muses’ hiatus alone.”

So what’s the secret to her diet? A lot of exercise and 食 control,...
continue reading...
Nine Muses’ Euaerin explains why she retracted her withdrawal from the group
posted by Bubblepop00 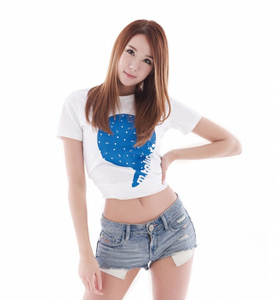 Earlier this year, Nine Muses member Euaerin revealed that she wanted to withdraw from the girl group after their “Ladies” promotions because she had “wanted to rest.”

Fans were therefore surprised to see her back with the group for their “Figaro” comeback, leading many to wonder what led her to retract her decision.

Representatives of 星, つ星 Empire explained, “We think she was very tired after her debut. She tried to give up her 歌う career, but it’s a dream that she’s had since she was quite young, so we believe she wanted to get up and give it another try.” 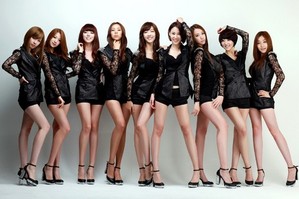 Rookie group Nine Muses may be yet another K-pop group to advance into the Japanese 音楽 industry.

“On December 26th, Nine Muses will be standing on stage at the Tokyo Shibuya CC レモン Hall for the ‘Seoul Train’ event,” stated a representative from their agency, 星, つ星 Empire, on December 7th.

‘Seoul Train’ is a monthly event allowing K-pop artists to present themselves and perform for their Japanese fans. Nine Muses will be performing approximately 4-5 songs, alongside ZE:A and V.O.S.

星, つ星 Empire continued, “Nine Muses will be the main feature for this concert. The members are now fully into their practice after completing their schedules. This upcoming コンサート may officialize Nine Muses’ advancement into 日本 次 year.”
Nine Muses receive IV treatments due to heavy schedule
posted by Bubblepop00
Due to the hectic schedules they’ve had to undergo lately, the ladies of Nine Muses have revealed that they’ve been receiving IV treatments in order to keep up with it all.

To begin, the girls reportedly rehearsed 12 hours a 日 before their “Figaro” comeback. In addition to their current comeback activities, they’ve also had to take on events and variety 表示する appearances, like with MBC’s ‘Idol 星, つ星 Athletics Championships’.

The heavy schedule has definitely taken its toll on the members, as some have come down with colds, body aches, and worsening health conditions. Minha and...
continue reading...
Nine Muses debuts in 日本 at “Seoul Train NineMuses & Friends”
posted by Bubblepop00 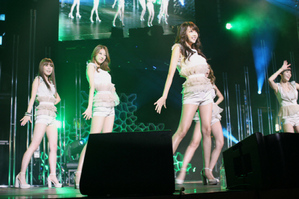 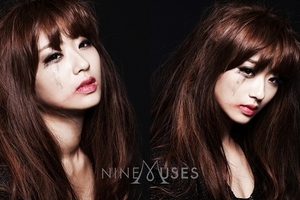 Yesterday, girl group Nine Muses revealed their comeback concept with their new member, Kyung Li. Following a group teaser, the girls have returned with an individual 写真 of their eigth member!

Posing with smudged make-up and messy, tousled hair, ファン were surprised to see a member being introduced without a proper glammed up photo.

Representatives of 星, つ星 Empire explained, “We felt that since she’s a rookie that not many people are familiar with, she’d be perfect to express the correct feel of the image we’re trying to convey. This is not just an image cut of Kyung Li, but rather a teaser that encompasses everything about Nine Muses’ comeback.”

21 年 old Kyung Li has been a trainee for quite a while and is skilled in both vocals and dance. Nine Muses will be making their return on January 11th.
Nine Muses reveals teaser for “Figaro”
posted by Bubblepop00 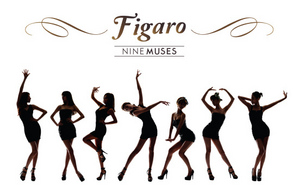 Breaking their 年 of hiatus, the ladies of Nine Muses are back with version one of their teaser 音楽 video and image cut for their comeback single album, “Figaro“!

Living up to their タイトル of ‘model idols’, their teaser features stunning silohuettes of their smooth body lines, in vivid Colors（色） alongside a powerful beat.

星, つ星 Empire said, “They’ve been training hard for the past 年 to upgrade both their looks and musical talents. We’re confident that they’re thoroughly prepared to 表示する a perfect image.”

On their member line-up for their impending comeback, they said, “There have been changes made. They’ll be promoting as a seven-member unit.”

The girls will be releasing their 秒 teaser on the 16th, followed によって the digital single’s release on the 18th before embarking on their promotions.
Nine Muses Adds one もっと見る member!
posted by Bubblepop00 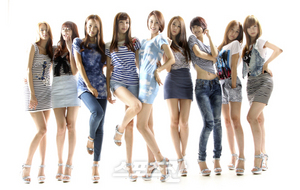 “Model” idol group Nine Muses has just announced the addition of a new member today. The new addition’s name is Mun キム・ヒョナ (23), not to be confused with the famous HyunA from 4minute.

Their management company, 星, つ星 Empire, stated, “Since the formation of ‘Nine Muses’, we planned for them all to have active and wide-spread careers, によって working as singers, hosts, models, and actresses… Under ‘Nine Muses’ , they will form one brand, but become individual stars.”

They further explained, “Though the group had 12 members initially, they’ve been performing a unit of 9. Because some of the members who performed the song ‘No Playboy’ are currently working as models, we decided to add キム・ヒョナ to Nine Muses to provide a new energy to the group.”

With new member Hyuna, Nine Muses will be performing “Ladies” on this week’s Mnet‘s ‘M! Countdown‘. 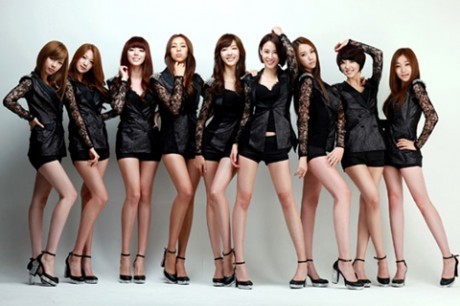 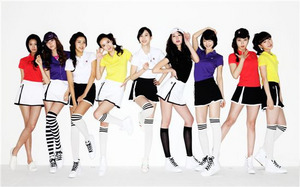 Here's abit of info on the girls.

Even before debut, these model idols partook in various dramas, CFs, and MC-ing activities. However, it appears as if these girls will debut this Saturday (31st) on Mnet’s reality 表示する M! Pick.