“Don’t make this any harder for me Jethro,” She whispered back to me. “Please. Let’s keep this professional at work.” She looked at me with those eyes, those beautiful green eyes and I couldn’t help but agree. I knew this was hard for her, being back here after all these years. When she left I thought she’d never be back. She told me she wouldn’t be back. And she’d stayed true to her word; all I had seen of her these past years were 写真 Emily showed me. I hadn’t actually seen her in over 6 years. For 6 years I had missed her daily, especially those eyes. As shocked as I was to see her, I couldn’t help but be pleased. And I was determined to see that she remained here. I’d had six long years to reminisce on what had happened. I wouldn’t let it happen again. So I nodded my agreement to her terms, and silently followed her out of MTAC and down the hall to her office.

As we approached her office we could hear the muffled sounds of 音楽 emanating from the office. I shot Jen a quick look, as if to say ‘what is she up to?’ Emily was well aware of how to behave when inside the NCIS 〜ネイビー犯罪捜査班 offices; playing loud 音楽 was one of the things she knew not to do.

Jen opened the door to find a red-headed Emily sitting in the far ソファー, ソファ with her back to the door. Abby was sitting in the opposite chair; between them was a cd player, emitting something that could only be classified as ‘noise’. They were both leaning into each other slightly, deep in conversation. Abby looked as if she’d been crying and Emily was holding her hand. Jen made to 移動する towards them, but I gently grabbed a hold of her arm, shaking my head slightly. I knew they could only be talking about one thing: Kate. Emily and Kate had only met a handful of times but her and Abby had been フレンズ for years, so it made sense that Emily would be trying to comfort her friend. This was not something for us to interrupt. I nodded towards the door, and Jen silently followed me out.

I could wait a little while longer to see Emily. At this moment Abby needed her friend, and I needed to find Ari. With the door now securely shut behind us, Jen turned to face me.

“I don’t think I’ve ever seen Abby cry before,” Jen looked saddened によって this. She too had known Abby for years, and to see her in such pain…I’m guessing, was a bit of a shock for her.

“Yeah, well she’s never had a friend murdered before,” I say bluntly. Jen looks at me, shocked によって my words and the force behind them.

“I’m not meaning to be callous here Jen, but Kate was my agent.” I tell her, emotion riding the waves of my voice. “She was on my team, and now…” I cut myself off, unable to finish that thought. I lower my head, trying to contain my grief but that never works with Jen. She can see straight through me.

She brings a hand up to caress the side of my face.

Such a simple thing to say, yet it spoke in spades. I brought my hand up and laid it over Jen’s, reveling in her warmth and presence. It had been so long since we had been this close. Years. Unwillingly, I lowered my hand taking Jen’s with me.

“Jethro, I need my hand back,” She whispered. A smile danced across her glistening green eyes, as I reluctantly let go of her hand. Our moment together was interrupted によって Abby and Emily practically charging out of the door. Emily ran straight up to me, smiling from ear to ear as she launched herself at me. I enveloped her in a くま, クマ hug, just breathing in her presence. We hadn’t seen each other in three months. It had been a long three months, with only the twice weekly phone call to comfort us.

“I’ve missed あなた Dad,” She 発言しました this into my chest and I felt…I don’t know quite what I felt. I was just overjoyed that my daughter was finally back.

I could see Jen out of the corner of my eye and was shocked to see that this reunion was causing her to tear up. This woman, who I have only seen cry a handful of times was made teary at this father/daughter reunion. Wonders never seize.

Emily had gotten taller since I had seen her last (she now reached just above my shoulder), her hair too had grown. She wore it long with it sitting just above her shoulder blades, her new fringe reminding me of when she was a small child. But the colour remained the same. Still the same burnt auburn red, just like her mothers. If possible, I hugged her tighter at this thought and placed a キッス on the 上, ページのトップへ of her head. She raised her head at this gesture, blue meeting blue as she gazed into my eyes, a contented smile gracing her 磁器 face. Another trait of her mothers, her fair skin but the eyes, the eyes were all me.

She stood on her tip toes and leaned forward.

“I knew あなた were out here,” she whispered in my ear. I grinned at this comment.

She pulled back from me slightly and looked up at me with the same blue eyes looking at her.

“Gibbs gut feeling” she 発言しました this so simply. I laughed at this; she really was becoming もっと見る like me. But then there were sometimes when I caught flashes of Jen’s personality and attitudes seeping through. Not that that was necessarily bad thing but I think I can only handle one ‘Jenny’ at a time.

“Daddy,” Emily all but whispered to me. I turned my head slightly to the side indicating that I was listening.

“I’m sorry about Kate,” As she 発言しました this she laid a comforting hand on my cheek, not all that different to the way Jenny had comforted me not five 分 before. And although she had barely known Kate I noticed that her eyes had begun to water. She removed her hand from my cheek to wipe at the stray tear that had managed to escape and streak down her face. It was just like Emily. She possessed so much empathy and compassion for others but I noticed something else in her expression. Fear and relieve.

“What is it Em?” I asked with concern. She took a step away from me as she answered.

“It could have been you.”

Her face had paled slightly and her voice quavered. It hit me like a ton of bricks. I only then realized that this had affected her もっと見る then I had initially thought. What had happened with Kate had reminded Emily of the very real dangers my job held. And it crushed me, knowing that my job had caused her such upset and trepidation.

She gave me a small reassuring smile which I retuned gladly. I knew she understood the risks of my job but it still didn’t stop it from affecting her. Yet I was glad that she was able to at least pretend to be okay about it. It meant that this wouldn’t continue to haunt her and that she would get over it. I hoped. Her smile increased as something to my right caught her eye. I think it was a bit of a ‘moment’ for her, having both her parents in the same room for the first time since she was 10 years old.

“Mum, please don’t call me that.” Emily demanded. “My name is Emily または Em. Not Emmy. I am not a child anymore.” Her face wore a mixed look of disgust and shock. For some reason she wouldn’t allow either of us to call her Emmy anymore. Not since last summer. She claimed she was too old for such a childish nickname. I still call her Emmy sometimes though, I can’t help. She’s my little girl.

I caught Jen’s eye during ‘Emmys’ speech and we shared a knowing smirk.

“Is that anyone to talk to your mother Emmy,” I asked her, keeping a completely straight face.

Emily just looked at me like I’d gone mad. Abby, who had remained quiet till now laughed softly. Em shot her a look. Abby just smiled and shrugged at her. Em turned back to me.

She shot me a lethal look, not unlike Jens and mine.

If possible Emily turned redder. Jen couldn’t contain herself any longer; she burst into laughter, a sound I had sorely missed. Emily continued to look at us as if we had ロスト our minds.

“You guys are divorced,” she said, in explanation. “That means あなた can’t gang up on me and tease me.”

Jen continued to laugh, and my smirk didn’t dissipate. Emily through up her arms in defeat.

“Fine, me and Abby are going to her lab. Ok.” She turned and grabbed a giggling Abby’s hand and stormed from the room. Jen and I shared a look.

We laughed as we heard Emily down the hall, ranting to Abby about how her parents were insane and mean.

Our laughter started to die down and we were left alone outside Jen’s office, both painfully aware of this fact. Jen refused to meet my eyes. Our teasing of Emily had seemed so natural and reminiscent of past times.

“Um, I just need to grab that file,” Jen mumbled and quickly walked into her office.

No sooner had she left, she was back, file in hand,

Director mode was back on.
dejv77, ellad123 and 3 others like this
Awesomest9 awesome stuff fringe is too aussie u shuld use bangs :)
TypicalSquint bangs??? ok, so that means fringe. I'll keep that in mind, thanks :)
gthouse67 Getting better. Good reading. When I see Emily in my mind, I see the girl that was in the computer image when Abby and McGee put Jenny and Gibbs together to see what their child would look like. This was in " Singled Out".
stargatelover can you please put some more up? this is absolutly AWESOME!!!!!!! its really engaging. i got pulled in and wanted to read more. 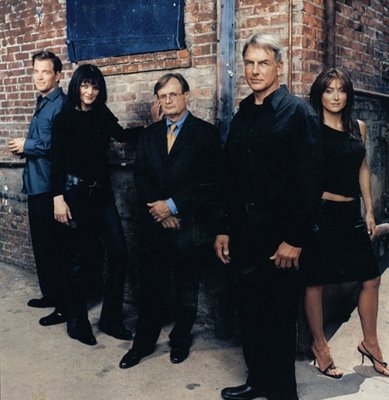 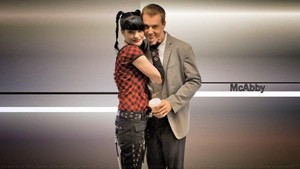 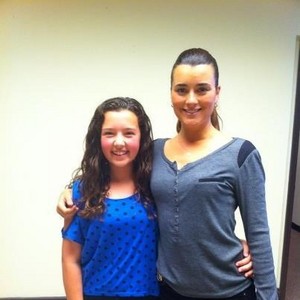 3
Both Zivas
added by Flummy 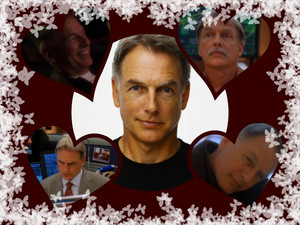 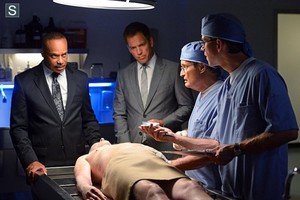 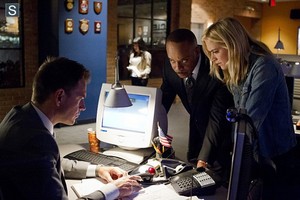 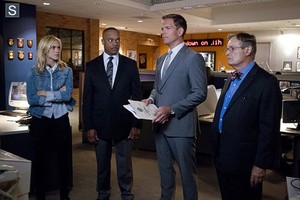 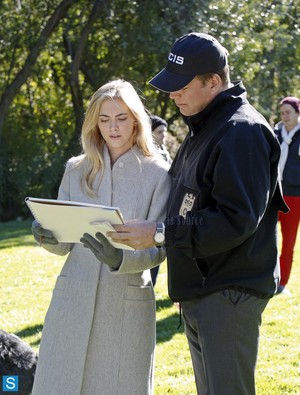 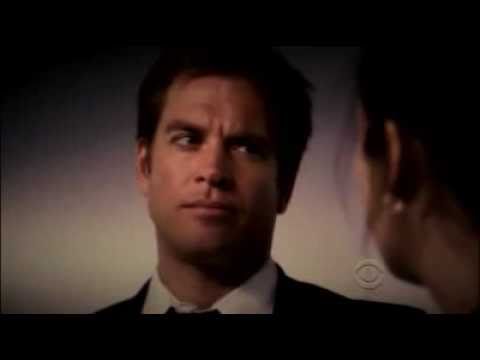 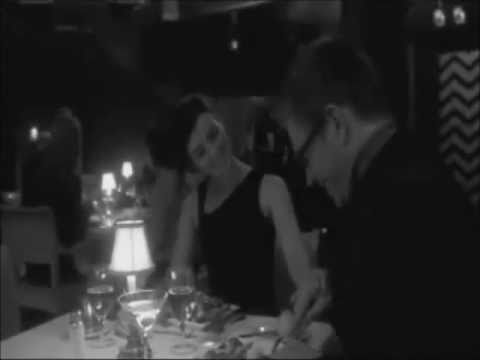 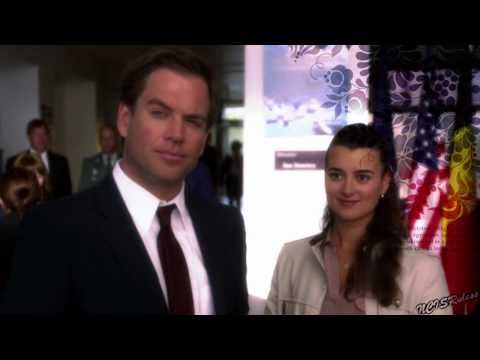 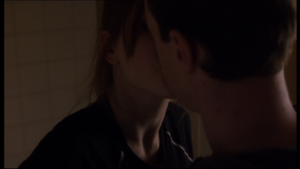 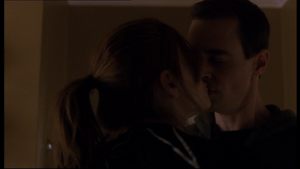 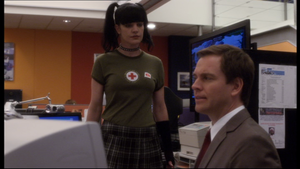 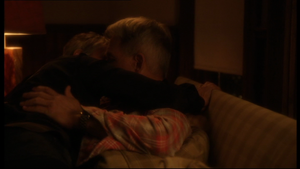 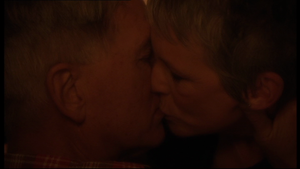