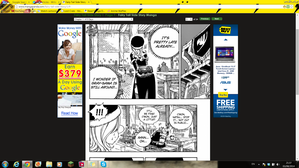 For whoever who doesn't know this, NaLu (NatsuxLucy) has been pretty much confirmed によって Hiro Mashima (creator of Fairy Tail) a while back saying: "Lucy and Natsu's union will give birth to a child named Nashi". Hiro is saying that Natsu and Lucy will have a child named Nashi.
Why NaLu will happen:
Natsu & Lucy represent Haru and Elie who are a couple from Hiro Mashima's 前 manga, Rave. With that 与えられた and the OVA when Elie 発言しました to Lucy that Haru & Natsu are their hero's then that is Hiro saying that it will happen.
Another reason is that if あなた check Hiro's pics on twitter, あなた can see Natsu & Lucy coming up a couple of times.
The last reason is that on a Fairy Tail side story (only manga) there was a time when Juvia is hallucinating and sees Natsu & Lucy doing romantic stuff.
7
A 一覧 of ナツルー Moments(˘⌣˘)
posted by Nalu-love
I will exclude moments that can be seen as only friendship moments, no romance intonations at all.

[spoiler]
1.) When he dragged her along in Hargeon and told her to 登録する Fairy Tail
2.) When she held him back during the Lullaby arc
3.) In Galuna Island when he saved her from the poison
4.) When he went for her rescue in Phantom Lord arc
5.) When he caught her when she was falling out of the tower and she yelled out his name, being sure that he would be there to catch her.

(OMAKES)
link
1.) Happy in Boots: She's a princess and she falls in 愛 with him without even knowing him, but he has become barbaric...
continue reading... 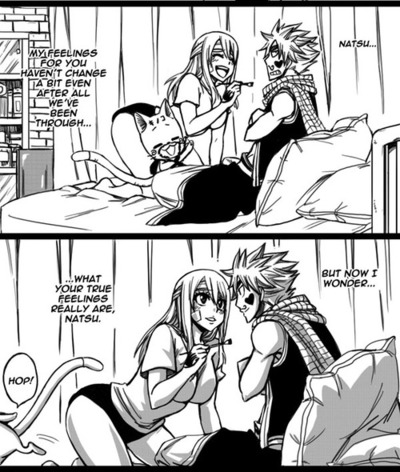 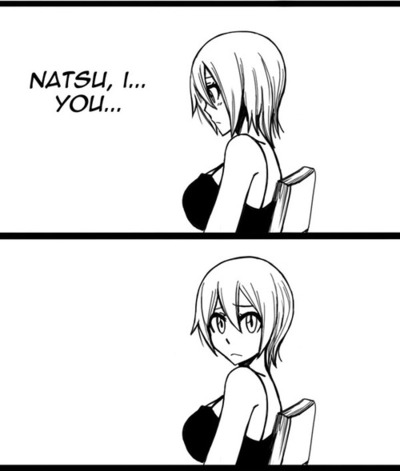 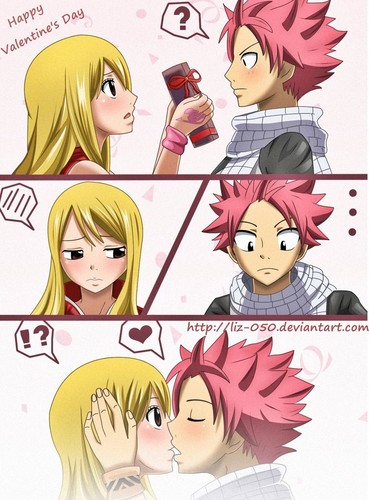 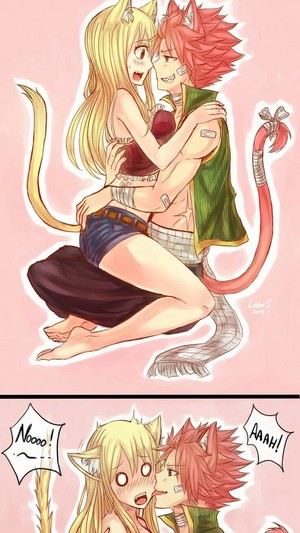 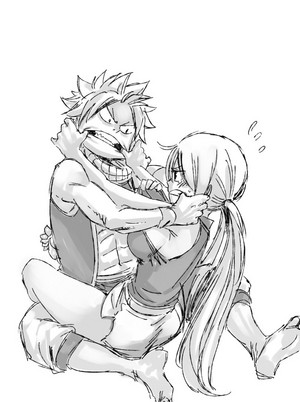 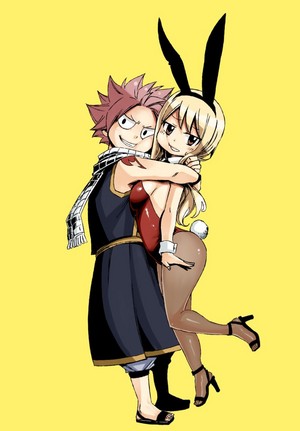 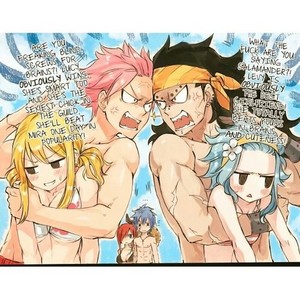 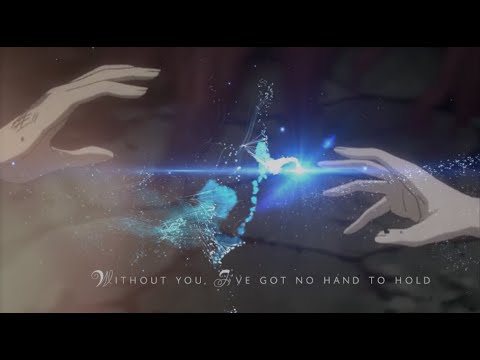 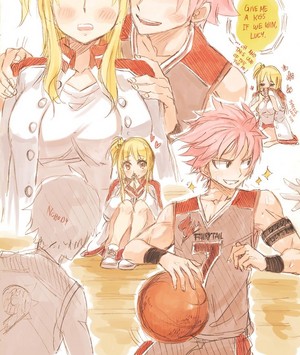 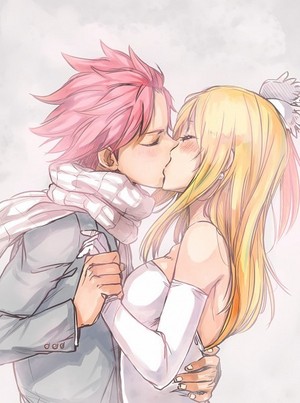 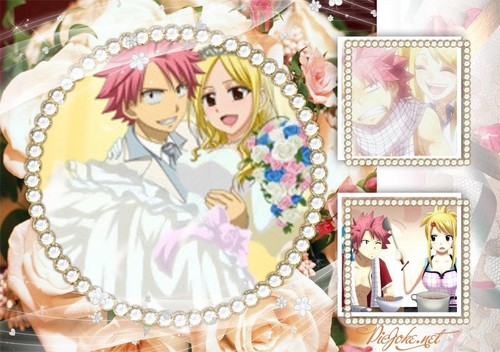 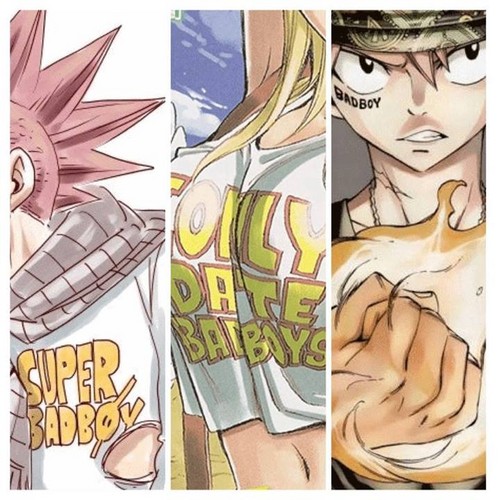 2
Lucy only 日付 badboys and Natsu is a super badboy <3
added by Red_Fairy_Panda
-1
The claim~! Chapter 4!
posted by Ashlynnxox 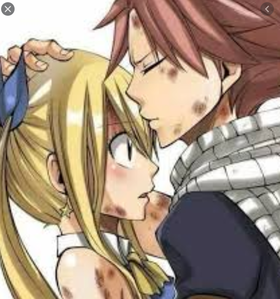 Just as lucy entered the guild she searched for her friends. She saw them sitting in their usual spots and rushed towards them. When she reached their 表, テーブル the others turned towards her and gasped. Erza looked as if she was choking on her cake, Juvia looked worried, Gray looked shocked and she noticed Levy and Gajeel. Levy looked worried like the others but it was Gajeel who looked like he was going to pass out. When all of them were all finally able to 移動する they rushed to シート, 座席 her.

"Guys I think something is wrong." Lucy 発言しました slowly. "I'm feeling weird and then there's this condition I'm in."...
continue reading...
-1
The claim~! Chapter 3.
posted by Ashlynnxox
Just as Lucy uttered those words Natsu went still for a moment and taking advantage, Lucy, with a surge of strength threw him to the floor on his back and straddled him. Natsu having recovered himself grinned and let his mate have her way. He was hard and wanted to fuck Lucy on the floor but he was patient, for he knew she was his. Natsu inhaled and got the scent of pure lust invade his senses. He growled.

She held him down on the floor and neared Natsu's neck, she inhaled his scent and the scent of female arousal permeating the air almost became to much. But Natsu held still for he knew what...
continue reading...
-3
The claim~!
posted by Ashlynnxox
Chapter 2!

Looking at Natsu, Lucy realised something was wrong with him. The look in his eyes as he was gazing at her wasn't exactly friendly. It was kind of, possessive. Having a sudden urge, to get away from him, Lucy said, "Um Natsu, why don't I see あなた later. あなた see I have a few chores I need to get done." She jumped of her stool. "Bye!"

Just as she was about to go a hand wrapped around her waist, pinning her to a very solid and warm chest. The smell of Natsu's body suddenly had her hot. 'What's wrong with me?' She thought. The rumble of the body behind her had her core throbbing. 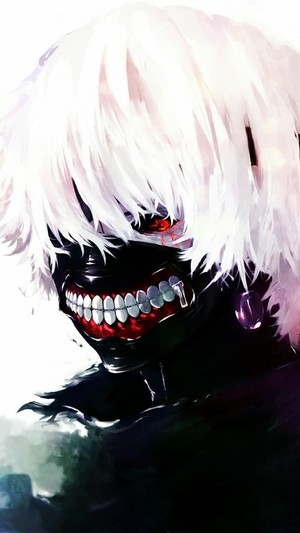 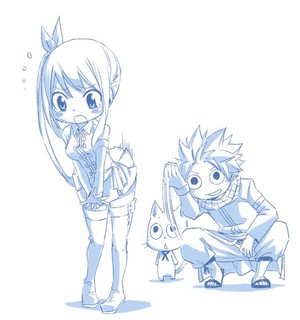 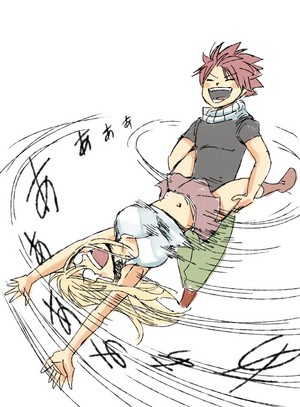