1
Ponies On The Rails episode 2 part 2
posted by Seanthehedgehog
The B&O worker came back with his boss.

B&O boss: Ok, so あなた want to take three 4-6-2's in favor of these diesels?
Hawkeye: Yes sir.
B&O boss: Hm. There could be a problem with this.
Coffee Creme: What is it?
B&O Boss: Ah never mind, just a joke. Those three engines あなた want are over there. They're all yours.
Hawkeye: Thank あなた so much. *goes to engines*
Coffee Creme: *follows*
Hawkeye: Now we have new engines for the line, and we have less diesels. Let's do this.

The two ponies got the first engine started up, and pulled the other two.

Hawkeye: Now we give these two a run on U.P rails.
Coffee Creme: hahaha!

Red Rose: *switching tracks* Orion, slow down a little will you?
Orion: Fine *slows down*
Hawkeye: *blows whistle*
Red Rose: *switches wrong track* Wha-?!
Orion: Seems like they got the engines.
Pete: *sees Hawkeye's engines* What happened? I thought I was leasing diesels here!
Hawkeye: Yeah about that. They didn't have any, and gave us these three engines instead.
Pete: Alright. Tomorrow, you, and Coffee Creme are going to carry a freight down into Greeley.
Hawkeye: Alright. See あなた tomorrow Pete.
Coffee Creme: Bye boss.
Snowflake: Hey, wait for me!
Honey: And me!
Hawkeye: Oh why not? The もっと見る the merrier.
Snowflake: Let's all hop in my station wagon.
Others: Sounds good!
Snowflake: Who's house are we going to today?
Gordon: Mine!
Hawkeye: No thank you, I'd rather stay healthy.
Gordon: Fine, but just think about what you're missing out on.
Hawkeye: A place owned poorly によって an asshole.
Honey: I think we should all go to Gordon's.
Hawkeye: Well as long as I get to insult him in front of his wife.
Gordon: I don't have a wife!
Hawkeye: That's worse.

Eventually all five ponies went to Snowflake's. As usual. 10 分 after their arrival, they were watching I 愛 Lucy

2 B continued
tailsfan111 likes this
ChibiEmmy FIST PUMP! Talking parts YAAAAAAAA!
1
Slycall part 7
posted by Seanthehedgehog
After Snow got her revenge on Con, she went back to HQ. As for Con, and Blu, they were on a ボート heading to Maredagascar.

Blu: Will あなた be able to save me?
Con: *turns on transmitter* I believe so.

When they arrived the town was deserted. The only ponies on the streets were Con, Blu, 7 koreans, and a mexican ポニー walking toward them.

Heckler: Hola everypony.
Con: I assume that a ポニー named Vetrice was working for you.
Heckler: You're correct, but how?
Con: I killed him, and he told me it was a mexican.
Heckler: Let's talk somewhere a little もっと見る private shall we?

There was a warehouse 次 to...
continue reading...
3
It's A MAD MAD MAD MAD WORLD part 13
posted by Seanthehedgehog
The taxis stopped at the park. Spike, Rarity, Pinkie Pie, and Fluttershy ran out of the cabs quickly.

cab driver 1: What do あなた suppose they're doing?
cab driver 2: No clue, half of them we're carrying a pick, and a shovel.
cab driver 1: We better find out about this
Sam: *crashes into fence*
Rarity: I don't want to find the money!
Spike: What do あなた mean? Aren't あなた curious to find out about all this?
Rarity: I'm もっと見る disgusted. *walks away*
Spike: Jeez.
Mirage: *drives toward entrance*
Shining Armor: *does the same*
Twilight: Man let's go find the money!
Pinkie Pie: *sees cab drivers* Who are they?...
continue reading...
1
Tomorrow Always Dies part 1
posted by Seanthehedgehog
The famous spy of the Central Intelligence Of Equestria has returned!

The story begins at a Mexican airbase.

P: What do あなた see?
Con: Other then rain, and explosive weapons from communists?
P: Ach. もっと見る serious then I thought.
S: Hang on, there's a ポニー there that looks familiar.
P: Yeah, isn't that Snails?
Con: I see him too.
Snails: Get all these weapons to our base in Las Pegasus as soon as possible!
Mexican pony98: Yes sir.
Con: We have to get rid of those weapons *shoots nuclear missile*
Moneybit: What the fuck is he doing?
P: His job.
mexicans: *shoot at Con*
Con: *kills three mexicans*
S: Con,...
continue reading...
2
License To Murder part 1
posted by Seanthehedgehog
It's the 11th Con Mane story, and it begins in Berlin Germany. Con's best friend Fenix Lighter, an agent for the German Secret Service, M.I.3 is on his way to a marriage. Con, and another ポニー is with him, until they run into trouble....

I was actually typing that while listening to the 星, つ星 wars theme song! LOL

Fenix: Are we almost there? How do I look?
Con: Relax Fenix.
German pony75: *flies near them*
German pony23: こんにちは look, there's a message.
Con: *reads it* Follow me.
German pony23: *follows*
German pony75: *lands*
Fenix: *gets out* What the fuck happened?
German pony75: Sanchez escaped, he's...
continue reading...
1
Brony Of New Jersey part 8
posted by Seanthehedgehog
We left off on the fight between bronies, and haters

We moved up a floor, and got introduced to 50 haters wanting...
continue reading...
1
Brony Of New Jersey part 6
posted by Seanthehedgehog 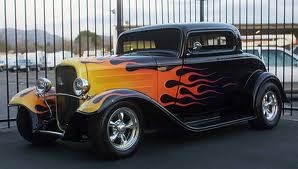 Hater's hotrod
We were heading for Philadalphia having just crossed the Tappan Zee Bridge when Jade was on her laptop.

Sean: Good thing this car has Wi-fi. What are あなた doing?
Jade: I'm sending a message to every brony about the assault on Philadalphia.
Sean: Perfect. We gotta stop to refuel though.

So we stopped at a gas station after getting off the highway.

The meeting was over. And the Ponyville mafia was relaxing at their place.

All of the Ponyville Mafia eventually made it into St. Foalis. After defeating every other mafia in Manehattan there are three new ones to go against. Las Pegasus, Fillydelphia, and Baltimare.

Con: *sticks blade toward them*
koreans: *stand still*
Con: What あなた might call, a sharp edge on things. *drives away*
koreans: After him!
Con: Come on, why is this thing going slower?
filly: Hello sir.
Con: Hi.
filly: Would あなた like a wooden elephant? I hand crafted it myself.
Con: I'll tell あなた what. あなた make this ボート go faster, and I'll pay あなた for it.
filly: Really? How much?
Con: Nothing *pushes filly off boat*
Constaple Weston B. River: I hate China.
Constaple's wife: Come on Weston, we just got here.
Con: *drives...
continue reading...
1
Diamond Tiara's Are Forever part 2
posted by Seanthehedgehog
Con recieved his equipment from S, and left for Las Pegasus. When he got there, he met a mare, that was running away from some one.

Whataspy: *gets in car* Drive!
Con: Ok *drives fast*
Bambi: She got away!
Thumper: I saw the license plate, we'll call the cops.

So they did, and they chased Con's car.
Whataspy: Those ponies chasing me must have called them.
Con: We'll lose them.
Cop 1: All units, the Special is heading toward Howlywood. Set up a roadblock!
Cops 2 & 3: *block road with cars*
Con: *deploys machine guns*
Whataspy: What was that?
Con: Something surprising *shoots cars out of the way*...
continue reading...
1
You'll Only Live Twice part 4
posted by Seanthehedgehog 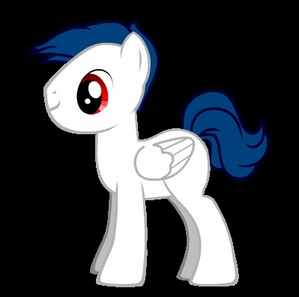 Con: So where is he?
M.I.6 leader: At the warehouse where あなた were killed.
Con: Oh great.
M.I.6 leader: Relax, with some practice you'll get ready.

M.I.6 was going to train Con with some karate.

Con: What exactly do I need to do this for?
M.I.6: Many koreans are experts in karate. Whoever you're going against will most likely know karate.
Con: Well then lets do this.

So Con practiced with the other ポニー until..

british pony53: Ambush! It's the Koreans!
M.I.6 leader: What? Let's go Con, I'll have to teach あなた more...
continue reading...
1
MLP mafias are dangerous episode 1 part 3
posted by Seanthehedgehog
Later that 日 nearly all of the mane 6 were hanging in the Ponyville Compound.

The 次 日 was the beginning of summer. And everyone in the Ponyville mafia was celebrating. 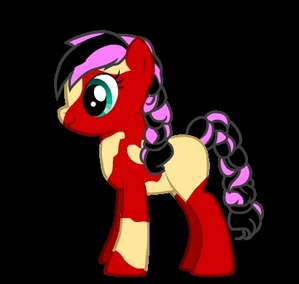 Senia Offbottom
Nine days after 0006 was killed, Con was celebrating for a new worker in the C.I.E. Moneybit.

Moneybit: Watch out!
Con: I know!
runners: *jump off bridge into water*
Senia: *hits Con's DP5*
Con: *speeds up*
Moneybit: I am not the kind of mare that gets impressed with fast drivers...
continue reading...
1
The Pegasus That Wouldn't Quit part 5
posted by Seanthehedgehog
It was very hot in Equestria, and 虹 Dash was tired. She was only 40 miles from San Franciscolt, but she saw something that made her stop. Half a mile ahead was a roadblock, formed によって Snips & Snails.

Snails: No one is getting past.
Snips: And if any mares 表示する up, we'll kill them.
Snails: I think I see 虹 Dash over there.
Snips: Really? Let me see *looks through binoculars*
Snails: You're looking through them the wrong way.
Snips: I am? Well she just left anyway so I'm not sure what to so now.

Rainbow Dash was flying past the barricade without Snips または Snails noticing. Then she...
continue reading...
3
Pinkie's Easter part 3
posted by Seanthehedgehog
The 次 日 they snuck the ゼリー beans to Cadence.

King Sombra: *clopping*
Guard 32: Sir?!
King Sombra: Oh dear. *opens trap door, killing the guard*
Guard: 29: What just happened?
King Sombra: Nothing! What do あなた want?!
Guard 29: I just saw the クイーン eating something called ゼリー beans?
King Sombra: ゼリー beans?! Let me see this!!
Cadence: I don't see why I can only eat beans. I'm older then you, I can eat whatever I want!
King Sombra: I am a higher rank then you! あなた eat what I tell あなた to, and it will only be beans!
Guard 29: With all due respect that sounds stupid.
King Sombra: YOU'RE STUPID!...
continue reading...
2
Pinkie's Duel part 5
posted by Seanthehedgehog
Pinkie was sleeping until she heard a horn. She thought it was the trucker, but it was a train passing によって her.

She watched the train, and when it passed she drove off. Then she saw the big rig.

Pinkie then went in reverse off the road. She got out of her car, and stopped two ponies driving on the road

Pony 1: What is it ma'am?
Pinkie Pie: The ポニー in that big rig is trying to kill me. I need your help!
Pony 2: This mare is crazy.
Pony 1:...
continue reading...
1
Goldhoof part 6
posted by Seanthehedgehog
Later in another part of Ponyville

Fenix: Thanks for the coffee.
Waitress: Your welcome, that'll be 1 bit.
Fenix: No problem *pays for coffee with tip*
Shredder: Why am i here again?
Fenix: We need to help Con in case he's been kidnapped によって Goldhoof.
Shredder: He's a unicorn, if he gets into any trouble he can use magic to escape.
Fenix: Then they shoot him before he leaves. He probably has his location marked on the radar. *walks to car*
Shredder: What is this?
Fenix: A Dodge Alicorn with spy equipment.
Wierdjob: *drives past Fenix*
Shredder: He must have past us.
Fenix: Lets go then *follows radar*...
continue reading...
1
もっと見る then one Hedgehog In Ponyville part 3
posted by Seanthehedgehog
"That's why Catie might win this time." I told 虹 Dash. She was impressed in Tail's work on the train I stole, and could あなた blame her? "We need rocket launchers on our trains here." "Yeah, and with the hearts on them people would misjudge us." I said. Then the both of us just sat on a rock, and relaxed. Meanwhile, back at sugarcube Catie was still with Pinkie. "I don't know why Sean left when あなた came here." Then Catie put a spell on Pinkie, "Now あなた will do as I say. I want あなた to get everyone in Equestria to destroy Sean The Hedgehog, and anyone that stands in our path." Pinkie copied...
continue reading...
More Cards
1234567891011