2
虹 Dash Presents: A crossover part 1
posted by Seanthehedgehog
This crossover is with MLP: FIM, and 虹 Dash presents.

Today is a really awesome day, even though my leg is friggen broken, but that doesn't really matter. I got the entire week off from work, and I am going to hang with my friends. I fly down to Twilight's house, and Twilight, Pinkie Pie, Fluttershy, Rarity, Applejack, and Spike are there. When I arrive Pinkie Pie says, "Rainbow Dash あなた made it. yes"

Twilight's mad I guess, because she's no longer an alicorn. She was 与えられた this potion to drink from Princess Celestia, and she became an alicorn, but it only lasted for like eight hours. She fell from this cloud, and I couldn't find her. After falling to her death, I guess there was this other ポニー that brought her back to life. Now she's a unicorn again.

Anyway, we're all hanging out at Twilight's when Zecora comes knocking in the house.

Zecora: Are あなた guys having a party?
Twilight: No, and あなた can feel free to leave whenever あなた want!
Zecora: But I like your place. It has clean floors! AAAAAAAAAAAAH
虹 Dash: Here we go again!
Rarity: Seriously?
虹 Dash: I beat her once, I can do it again. AAAAAAAAAAHHHHH

The ground shook as we shouted at each other, then suddenly a huge bright light appeared in the middle of the room, and things seemed the same.

Twilight: What happened?
Zecora: I don't know. I was going to curse you, but she messed it up. あなた guys have really clean floors.
虹 Dash: Aww yeah. Nopony can defeat the almighty 虹 Dash.
Pinkie Pie: If your curse didn't work what was with that huge light?
Zecora: No clue.

Then suddenly, another ポニー that looked almost like Twilight came walking down the stairs.

FIM Twilight: Man, what da fuq is dis?
Twilight: Do I really sound black in this world?
FIM Twilight: I don't know man. あなた try robbin a boat, and see what happens! Who are you?
虹 Dash: I'm 虹 Dash, and these are my friends.
FIM: Twilight: 虹 Dash don't talk like that!
虹 Dash: Well If I don't sound like 虹 Dash who am I then? Oh My god!! Have I been impersonating someone this entire time?!?!
Fluttershy: Uhm. No?
虹 Dash: I'm scared! I don't wanna go to jail for impersonating somepony! *hugs Pinkie Pie*
Pinkie Pie: Get your capitolist hooves off me! *pushes 虹 Dash*
FIM Twilight: Man, this is crazy.
Spike: Well, they are idiots. Even this version of Twilight.
Twilight: Shut up.
FIM Twilight: Man, your Irish? I gotta get the rest of my friends. In the meantime, あなた make yoselves comfortable. *leaves*
Applejack: Why don't we go check out what this version of Equestria looks like.
Twilight: Not a bad idea, if あなた wanna get killed!
Rarity: I actually agree with アップルジャック, applejack for once. Let's see what this version of Equestria looks like.
虹 Dash: She did say we should make ourselves comfortable. In the meantime we oughta check out what this world looks like.
Zecora: It seems the same so far.
Twilight: Great. You're here. Whatever, let's get this over with.
Rarity: I wonder what the stallions are like. I'm going to make out with all of them!
Pinkie Pie: *laughs* Pinkie is going to try, and bribe the Celestia in this world to give Pinkie nuclear weapons. Then, when she returns to her world, she will bomb Fluttershy's house! *laughs*
Fluttershy: I don't want my house bombed!
Twilight: Let's just get out of here!

2 B continued
tailsfan111 and NocturnalMirage like this
Canada24 Rainbow Dash presents?.. I never heard of that before
Seanthehedgehog Never? It's a fun show to watch. The person that created it makes funnier versions of fanfics like Cupcakes, and Rainbow Factory. I suggest you start with Somewhere Only We Know.
NocturnalMirage I agree, I especially like Irish Spike and Russian Pinkie. Oh, good chapter btw. :)
1
I was here first, 2
posted by Canada24
CHAPTER 3:

"Oh are あなた sure this is good enough" Rarity asked nervously, as she was looking at herself in a mirror, wearing a small dress she recently bought, similar to the one Twilight wore in the episode where Rarity visits Canterlot, joining Twi's birthday. Only this time the dress was literary just white, except a few light brown pockadots.

"You asked that three times already.. It's fine, I keep telling あなた that" Terry groaned.

"Its what she always dose" Spike whispered to Terry, making Terry giggle abit.


*LATER AT THE WEDDING*


Everyone was finding seats.

Rarity was shocked to realize who the...
continue reading...
1
For Your I's Only part 7
posted by Seanthehedgehog

Edward, leader of The Resistance
Con went back to his car to find something surprising.

He met up with Carole again, and saw that there were some irish ponies.

Con: What are these guys doing here?
Carole: These ponies maybe irish, but they want to help.
Good irish pony: My name is Edward, and this is my group known as The Resistance.
Con: Why are あなた fighting your own country?
Edward: They are handing over a weapon to Mexico that will destroy every place other then their own.
Resistance sgt: They must be stopped at all costs.
Con: You're right, where are...
continue reading...
2
The truth about Chrysalis' life: PART 4
posted by soomin1208
At school, in lunch, Cadence sitting alone....

At last, when the class arrived to the gym....


Coach: Okay class, today, we are playing....DODGEBALL!!!!!!!
All: *sigh*
Coach: Okay, Discord, Chrysalis, and Shining Armor, your a team. Cadence, Celestia, Luna, and Sombra, your the other. Let the dodgeball game...BEGIN!

Celestia: *throws ball at Discord, but misses*
Discord: *throws ball...
continue reading...
1
ManeSix DevTeam MLP FIM game
posted by SomeoneButNoone
Team (I dont know its team but its maybe ^^) lot of time make game named "My Little ポニー Figting Is Magic" maybe あなた know this, heard it または somethink. This 記事 for people who does know ManeSix DevTeam. This 記事 is not about when they start または somethink cuz Noone (Or I dont know how to schearch informations) know how and where its started (ok somethink know know that the maybe start at first game MLP Fighting is magic 1 年 ago).For This time developers (maybe dont know they developers cuz its they first game) have 5 stage themes [AppleJack, RainbowDash,Rarity, PinkiPie] and 6 BG. II have unconfirmed informations to game going be in buy/play in 2013 または in 2014 well we gonna see :)
2
King Sombra's Return pt. 7
posted by Mylittlecute12
Fluttershy wakes up.
"Fluttershy!!!!!!!!!!!!!!!!!!!!!!!!!!!!!! your alive"!!!!!!! screams, Twilight.
Twilight "hugs" Fluttershy.
"Well Well Well" says, ポニー in black cloak.
"Trixie?! what are あなた doing here"? says, Twilight.
"I came to help you". replies,Trixie.
"Cadence where is Shining Armor"? asks, Twilight.
"I don't know but what I do know is that King Sombra possessed somepony". replies, Cadence.
"Twilight!!!!" yells, 虹 Dash. "What"? answers, Twilight. "Come with Me". says, Rainbow
Dash


To be continued..........
1
ポニー Games 4 Portal 2
posted by kiyathegood
"Look theres a portal" Autumn 発言しました as Benny said
"WOAH! wait! which one is this?!". "What do あなた mean which one is this?! theres only 2!" Autumn
said as Benny yelled "what no-look 1..2...3".
"Your looking in the portal at the other portal from
a diffrent direction" Autumn 発言しました doing a facehoof
"wait..what..gimme..hold on a sec" Benny said
sticking her head in the portal and her head being
portaled to the ウォール Autumn looked at her then
yelled "WHAT ARE あなた DOING?!" "i dont under-
stand" Benny said.

"Can あなた see the portal?" a robot 発言しました on the
game "no" Benny replied "oh and are あなた still
alive?!" the...
continue reading...
2
Total Drama Camp: Equestria(pt. 1)
posted by IAmFluttershy
Chris: Hello, and welcome to a new season of Total Drama! This season will be a little different because-

Pinkie Pie: Instead of winning a million, gazillion dollars, the prize is your cutie mark!

Chris: And without further a do, here are our other camp counselors.

Hello everypony. Anyway I wanted to make an 記事 about my favourite ponies. I wanted everyone to know something about them. So lets start with number 10.


10) Braeburn
Not much is shown about him in the shown but still he`s my tenth favourite pony. I`d like to describe him as the male version of Pinkie Pie( あなた know why)
But still Somehow he made it to tenth place.Maybe he`s the most good looking コルト in the show.

9) Octavia
Cause she`s professional. And good looking. I really like her color sheme . The truth is I always had thing for musicians/ But like Braeburn up there its the fanbase...
continue reading...
3
MLP FIM Hunger games chap.2
posted by Dark-Armor
The Hunger games had continued everybody knew they had to fight または they die, everybody found their own water hole except Fluttershy cuz she was to distracted によって the cute animals, they all had to hunt for 食 and that meant killing 動物 they all found 食 but not Fluttershy but the 動物 were her フレンズ so they got her berries and water, Black Stilton (Dark-Armor) sent out 7 soldiers each went to 1 of them (the ponies) the Ponies fought the soldiers and killed them but Fluttershy did not kill the one that was sent for her cuz she hates fighting the robot stabbed her with his sword the sword went in side her body and came out the robot toke out his sword and Fluttershy died and came back to Ponyville everybody got informed that Fluttershy was eliminated. Who will be next? Find out in Chap.3. TO BE CONTINUED..........
3
MLP FIM Hunger Games Chap.1
posted by Dark-Armor
The Hunger Games for Ponyville had started Everybody
got ready.They all ran into the play area and they saw the Host which was Dark Armor he 発言しました the winner gets what ever they want everybody entered for a reason.Dark Armor 発言しました that he put weapons on the floor and also that ランダム enemies will come every Hour.Everybody ran to get weapons, and when they got there weapons they ran in different directions,Rarity fell in the mud and she got so angry cuz she hates it when she gets dirty, then she
saw a shadow it was the enemy that Dark Armor sent Rarity ran but she stopped cuz there were 4 of them...
continue reading...

The Great and Powerful Trixie Preforms for the Cult of Owls
added by izfankirby
Credit: Viva IMMATOONLINK Reverie ; Based on MadameLeFlour's PMV based on TheLivingTombstone's song Magic. アニメーション is based on Lauren Faust's original designs. Owls are a tough crowd.
video
マイリトルポニー〜トモダチは魔法〜
the great and powerful trixie
magic
cult of owls
owls

Crystal キッス
added by tinkerbell66799
Source: Original Owners (NOT ME!!

Can't Resist
added by tinkerbell66799
Source: Original Owners (NOT ME!! 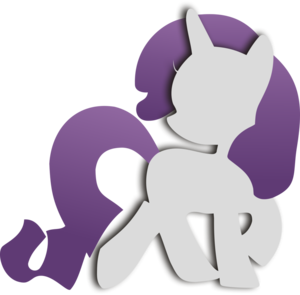 1
My Little Pony: Friendship is Magic
added by karinabrony 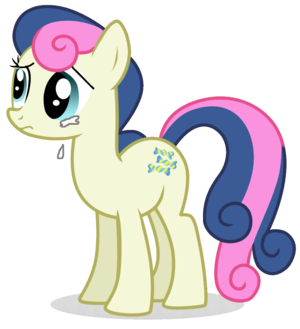