Shang Tsung has created many abominable creatures in his Flesh Pits, but none so twisted as Mileena. A fusion of Edenian flesh and Tarkatan blood, Mileena is both beauty and beast.

This dichotomy has made her mind unstable; she is prone to fits of madness and savagery. Though she has the appearance of a mature woman, she is もっと見る child than adult--a blank slate conformed to Shao Kahn's will.

Devoid of conscience または remorse, Mileena will butcher anyone to appease her beloved father. 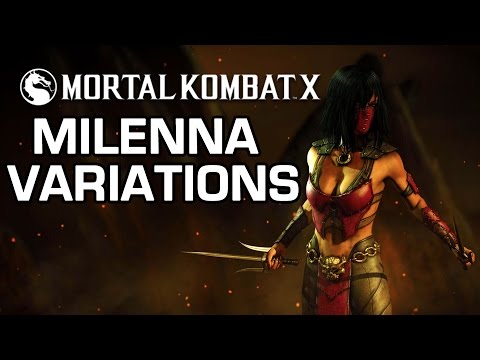