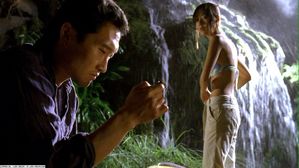 Before I commence upon this article, I should reveal that the "LOST" Season One episode, (1.17) ". . . In Translation" is one of my all time お気に入り from the series. I will try to be as biased as possible regarding the episode, but do not expect me to succeed.

To understand ". . . In Translation", one has to watch the 前 episode, (1.06) "The House of the Rising Sun". The flashbacks in that episode revealed the backstory of the marriage between Jin-Soo Kwon and Sun-Hwa Kwon (née Paik) before they had ended up stranded on the island via Oceanic Flight 815. Told from Sun's point of view, the flashbacks revealed that Jin had to take a job working for Mr. Paik, Sun's father, for her hand in marriage. The couple became increasingly estranged, as Jin began spending もっと見る time doing his father-in-law's bidding than with his wife. One night, after they are married, Jin returned ホーム covered in someone else's blood. Fearing that her husband might be a dangerous killer, Sun secretly plotted to leave Jin (hence the secret English lessons); but changed her mind while on route to Los Angeles, via Sydney. "The House of the Rising Sun" also revealed the growing animosity between Jin and fellow castaway Michael Dawson, when the former attacked the latter for wearing Sun's father's watch - something that Michael had discovered on the beach.

". . . In Translation" continued the revelation of the Kwon marriage, only from Jin's point-of-view. The flashbacks revealed the circumstances behind Jin asking Sun’s father her hand in marriage, the bargain he made to work for the older man, Jin’s growing awareness of Sun’s frustration with his duties and もっと見る importantly the real circumstances surrounding the infamous blood on his hands that Sun had spotted. Sun saw a man who may have committed a brutal murder. What really happened is that Jin prevented a government official – who had refused to re-open one of Mr. Paik’s factories – from being murdered によって one of his father-in-law’s henchmen によって convincing the man to cooperate with a severe beating. Realizing that he was in danger of losing Sun, Jin decided to take his fisherman father’s アドバイス to use a business trip to leave South Korea and stay in the U.S. for good. Only the crash of Oceanic Flight 815 intervened. Following the events of (1.14) “Special”, Michael Dawson decided to build a ラフト, いかだ in order to get his ten year-old son away from the dangers of the island. The hostility between Michael and Jin finally come to a head when someone mysteriously set 火災, 火 to the raft. Believing that Jin had set the fire, Michael attacked the former. Sun’s desperate cries for Michael to stop revealed her knowledge of English to Jin and the other castaways. The revelation not only led to a rift between the South Korean couple, but also to the beginning of a friendship between Jin and Michael, as they proceeded to rebuild the raft.

Following the events of (1.14) "Special", Michael Dawson decided to build a ラフト, いかだ in order to get his ten year-old son away from the dangers of the island. The hostility between Michael and Jin finally come to a head when someone mysteriously set 火災, 火 to the raft. Believing that Jin had set the fire, Michael attacked the former. Sun’s desperate cries for Michael to stop revealed her knowledge of English to Jin and the other castaways. The revelation not only led to a rift between the South Korean couple, but also to the beginning of a friendship between Jin and Michael, as they proceeded to rebuild the raft.

This episode was aptly named ". . . In Translation", a take on Sofia Coppola's 2003 movie. If anything, it focused upon the main problem that surrounded the Kwon marriage - namely the bad communication that existed between the couple before and after the crash of Oceanic 815. For some time, Sun believed that Jin might be a murderer on her father's behalf, due to the blood she had spotted on his hand. This would explain why she had continuously declared to people like Michael and fellow castaway Kate Austen about Jin's dangerous nature and how "he was capable of anything". And this would explain why she took the trouble to learn English and not tell Jin. However, Jin was also guilty of keeping secrets from Sun. He never told Sun the details behind the blood on his hands, believing that it was not her place to know. もっと見る importantly, he lied about his father, Mr. Kwon, telling both Sun and her father that the latter was dead. Which is ironic, considering he left Sun after learning that she spoke English. Even もっと見る ironic is the fact that Sun knows that his father is alive . . . but never bothered to reveal this to Jin. Some viewers translated that last shot of Sun revealing her bikini without Jin hovering about, as a sign of her "freedom". Whatever ”="bondage" that Sun found during her marriage, had been created によって bad communication between her and Jin. For me, Sun’s removal of her ラップ struck me as a hollow and irrelevant gesture. Her "freedom" came at the cost of losing - at least for a while - the very man that she would always 愛 もっと見る than anyone.


On a minor level, a lack of communications also continued to exist between Michael and Walt. Most ファン tend to blame Michael for this によって accusing him of being a poor parent. Although there were moments when Michael became forgetful of Walt. And there were other times when Michael's jealousy of Walt's friendship with castaway John Locke got in the way. However, many of these ファン failed to recall that Walt was just as responsible as Michael, due to his residual resentment toward the major changes in his life - losing his mother and gaining a long ロスト father. Because of this resentment, Walt had a bad habit of disobeying his father when he should have done the opposite. As far as these ファン are concerned, Locke would have made a better parent than Michael. Personally, I disagree. Locke was adept at being a friend to Walt. Being a friend did not necessarily mean one is a good parent. The latter has to be an effective disciplinarian, as well. Unfortunately, being a disciplinarian does not jibe with the early 21st ideal of parenthood.

A third storyline centered on the 三角形 that existed between Shannon Rutherford, Sayid Jarrah and Shannon’s stepbrother, Boone Carlyle. But I barely paid attention. In a nutshell, Sayid declared his intentions to court Shannon to Boone. The latter decided to stir up trouble によって hinting to Sayid that Shannon likes to use older men for her own benefit. Needless to say, Shannon set things to right and resumed her romance with Sayid after receiving sound アドバイス from Locke.

Screenwriters Javier Grillo-Marxuach and Leonard Dick really did a great job in continuing the revelations behind the Kwon marriage in this very emotional episode. The island incidents balanced very well against Jin's flashbacks regarding his marriage. And this episode really worked, due to the outstanding performances from Daniel Dae Kim and Yunjin Kim. Also Harold Perrineau (Michael Dawson), Bryan Chung (Mr. Paik), and John Shin (Mr. Kwon) gave excellent support.

Some of my お気に入り scenes in the episode included Jin's successful attempts to save the life of the South Korean government official, his marriage proposal to Mr. Paik and especially the poignant conversation he has with his father, Mr. Kwon, about his marriage. I also enjoyed the scenes that featured Michael's two attempts to bond with ten year-old Walt - the 秒 being もっと見る successful. I also enjoyed Locke's revelation that Walt was responsible for burning the raft. But my お気に入り scene featured the moment when Jin discovered that Sun spoke English. Director Tucker Gates did an excellent job in conveying Jin's confusion with spinning camera work and muffled babble, as the the South Korean castaway tried to understand the English words that swirled around him. The only dark spot in this episode was Sawyer's attempt to form a lynch mob for Jin, after the ラフト, いかだ caught on fire. It was an unpleasant reminder that Mr. Ford's penchant for resorting to violent retribution remained with him until the last season
.
Some time ago, I had created a 一覧 of my ten お気に入り episodes from "LOST". ". . . In Translation" ranked at number six on my list. After my 最近 viewing of the episode, that ranking still stands. 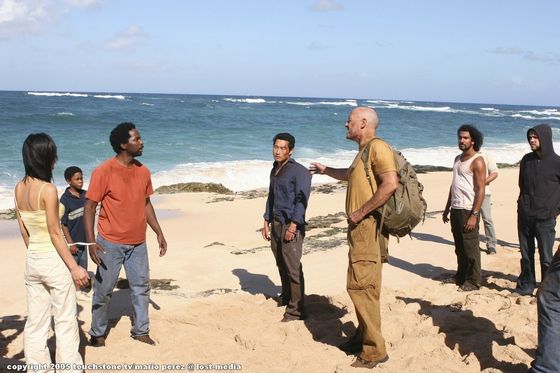 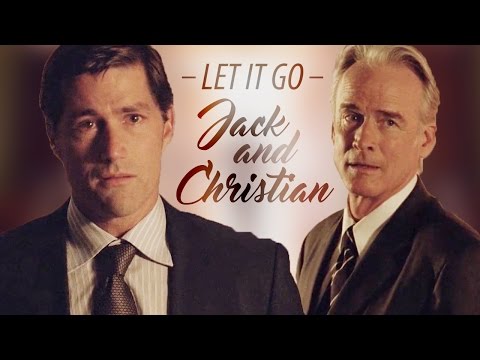 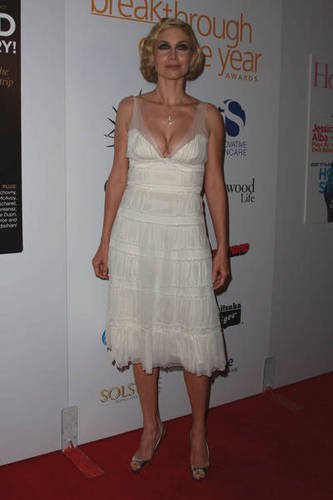 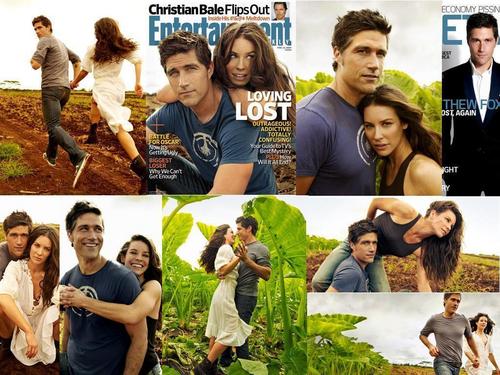 2
Jack and Kate
added by Cirki 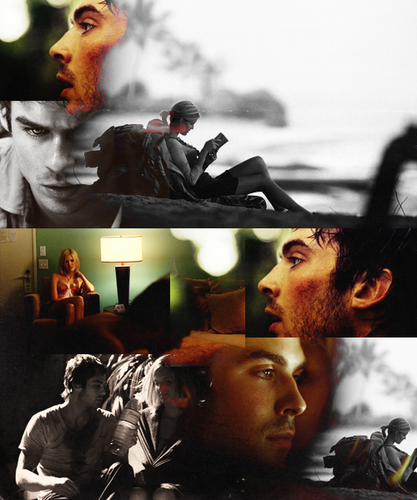 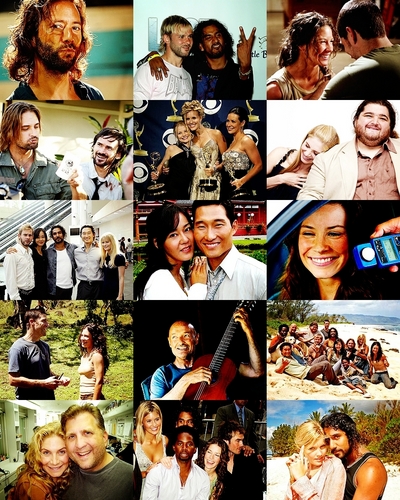 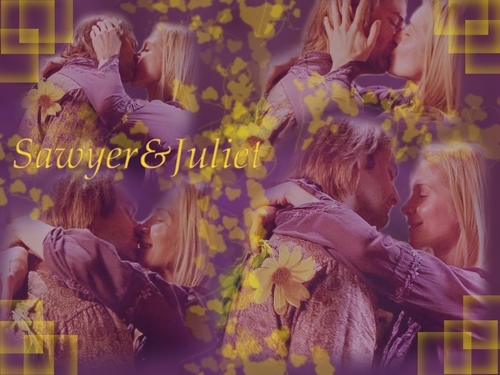 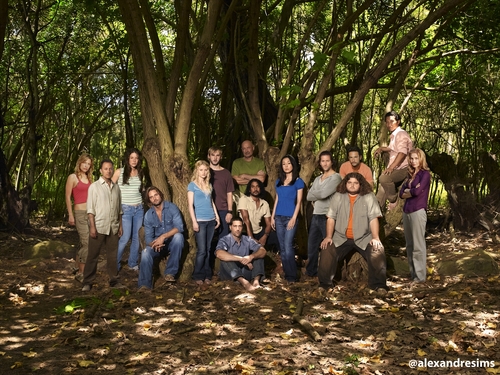 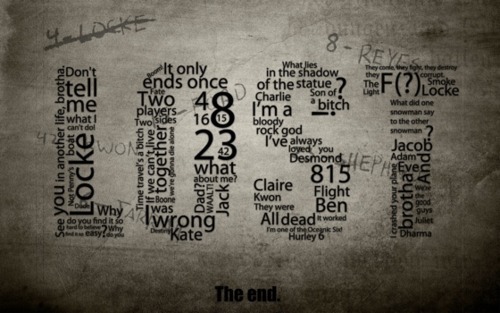 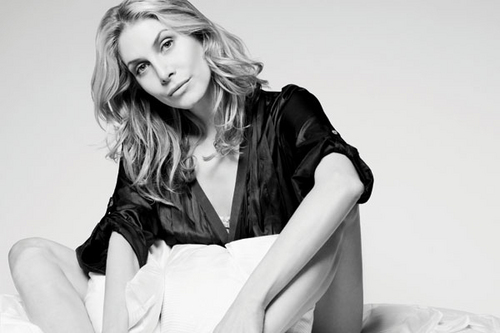 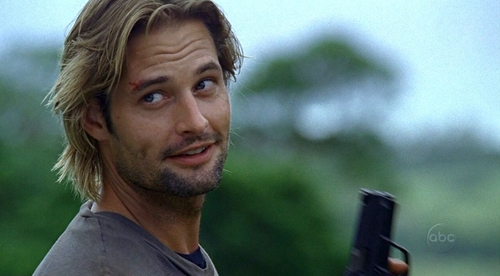 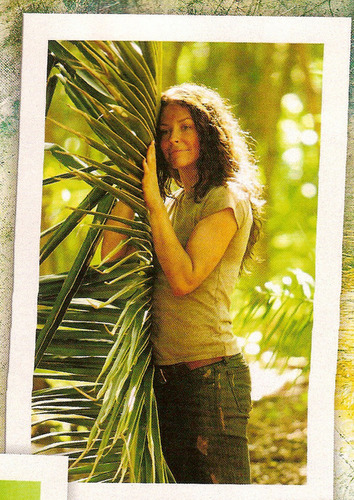 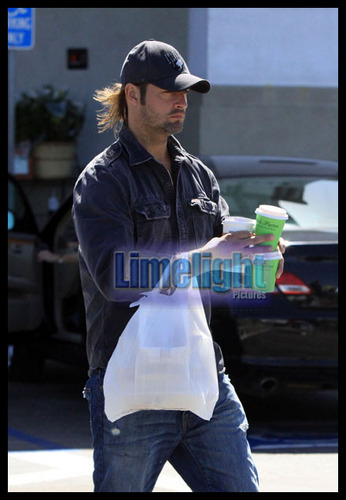 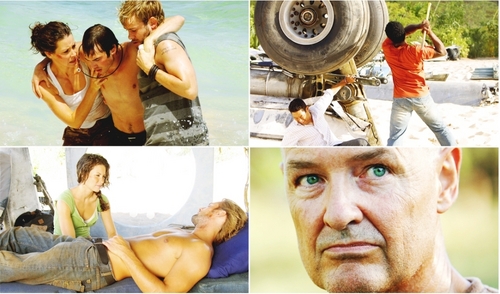 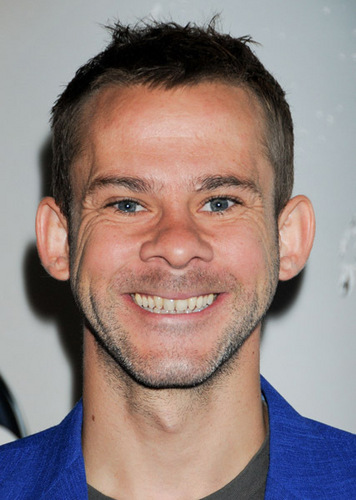 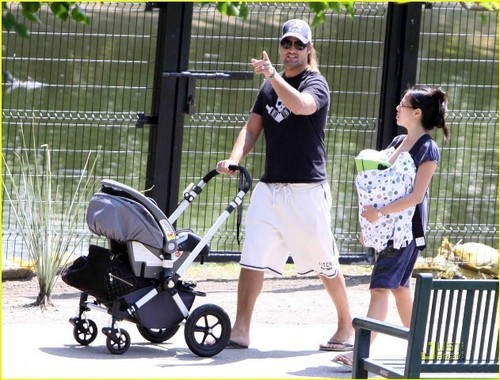 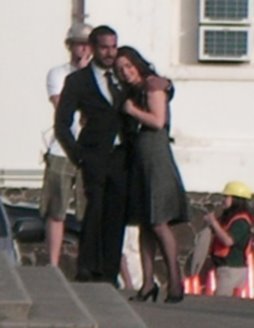 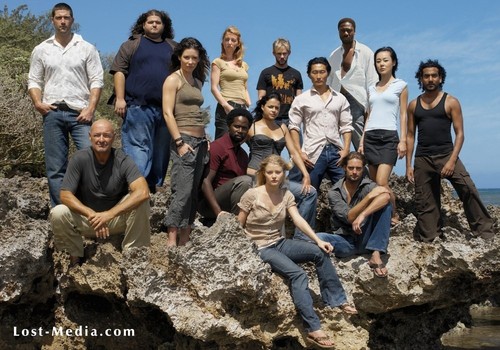 3
ロスト
added by eisai_xazo
7
ロスト Thoughts
posted by cookie-cutie
The タイトル of this episode could have two meanings. One is the fact that Locke, Hurley and Ben are looking for the キャビン and two, there is the キャビン fever suffered によって the crew of the ship. The captain accuses Keamy of suffering from it in this episode.

In the opening scene, a 15-year-old Emily Locke is hit によって a car and gives birth to John. Locke’s birthday is May 30, 1956. However, she is listening to Buddy Holly’s “Everyday,” a song not released until July of 1957. John Locke may have been special, but I doubt his mother could listento a song one 年 before it’s released. Chalk this...
continue reading...
More Cards
1234567891011