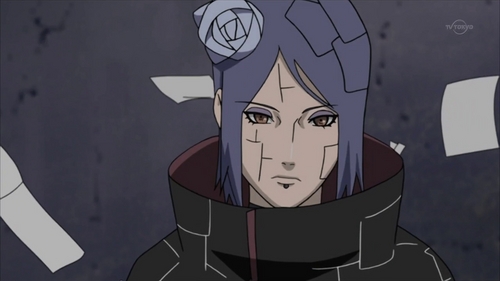 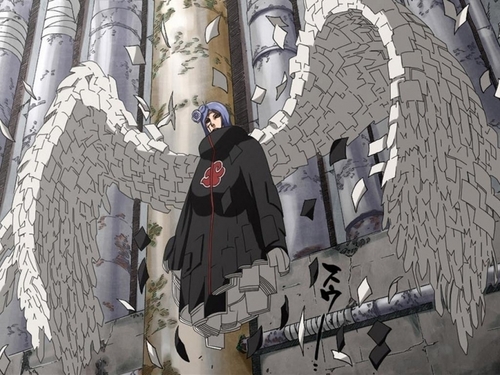 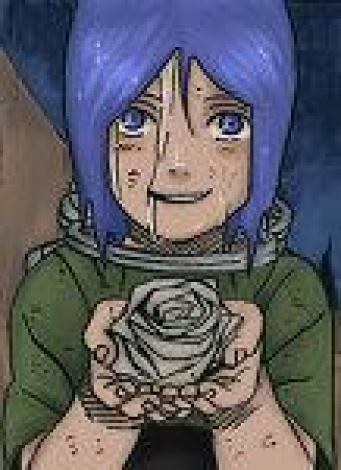 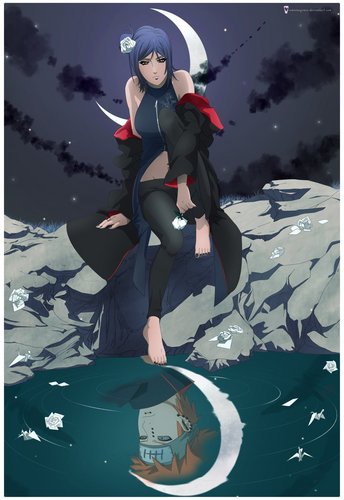 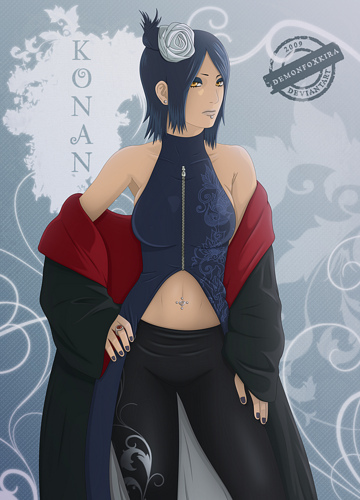 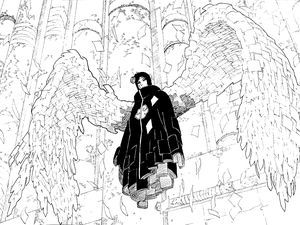 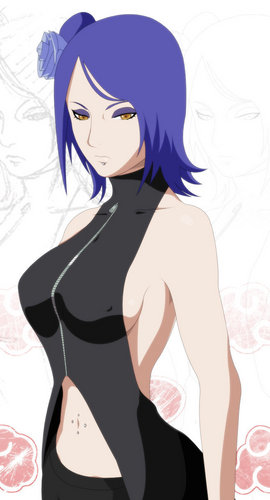 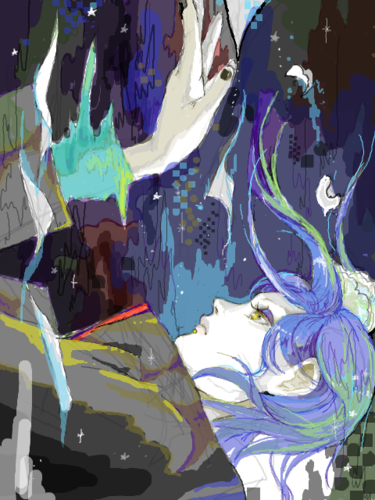 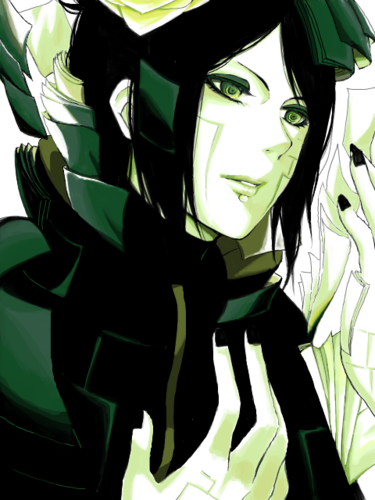 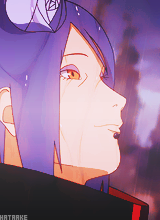 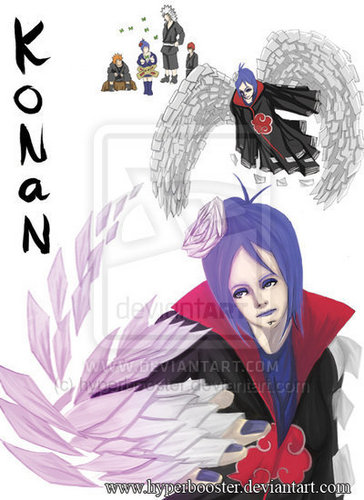 Konan's first shown origami piece
Konan was stoic, calm, and level-headed (much like her partner, Nagato, was). As a child, she was bright, compassionate, and relatively cheerful, in comparison to Yahiko's tough attitude and Nagato's sensitivity. However, the traumatic events since then have led her to become a very serious person, and she never spoke during 暁(NARUTO) meetings. Nevertheless, she has always placed the safety of her team-mates above her own. Konan also showed romantic feelings towards Yahiko, caring for him and wanting to be as close to him as possible. 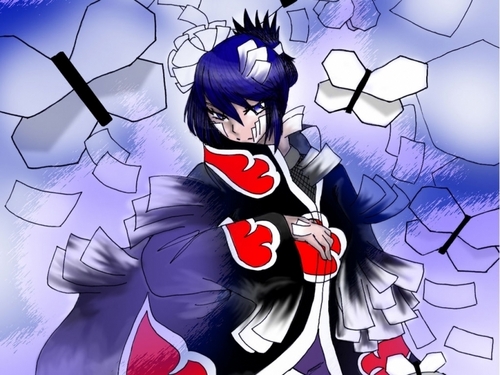 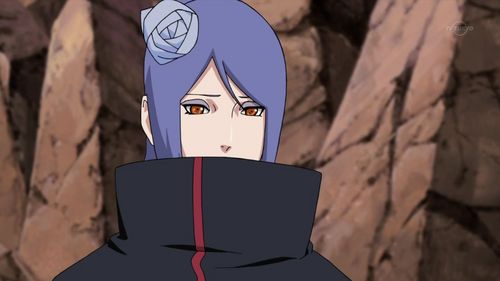 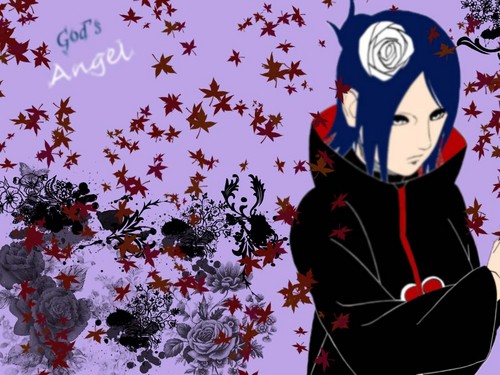 Konan (小南, Konan?) is the only female ninja in Akatsuki. She is also the only member to call her partner and the 暁(NARUTO) leader, Pain, によって his name. When she was younger, Konan, Nagato, and Yahiko were left orphaned によって one of Amegakure's many wars, forcing them to fend for themselves. The three eventually encountered Jiraiya, who looked after them and taught them basic ninjutsu. Jiraiya had believed Konan to have died with Nagato and Yahiko some time later.

Konan has a natural talent for origami, as seen with the paper 花 she keeps in her hair. This talent extends to her type of jutsu,...
continue reading...
More Cards
1234567891011