JK, JK. Spike is another vampire from Buffy who I love. XD Not just because he's hot, but badass, brave, loyal, and has a soft side. 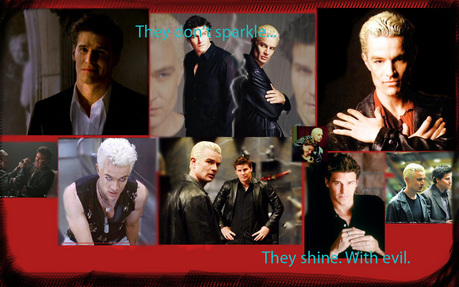 Spike is the best vampire ever!

１年以上前 boolander25 said…
Lol, I didn't think that until you said it. And my first fictional crush was from those books too! Rick Riordan is an awesome writer.^^

１年以上前 GemonkDruid said…
He's just so lovable... and he NEEDS TO BE LOVED, ya know? He's like a bird with a broken wing...

１年以上前 KateKicksAss said…
*sigh* Good Night guys! My parents are hiding the plug again...But I know where they hide it, LOL, back as soon as they go to bed! 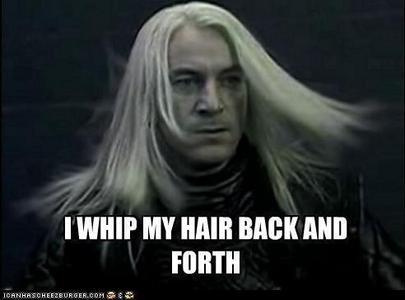 １年以上前 boolander25 said…
Nite, but not nite Kate! and also nite to you too IBO!

NOT THE DOCTOR ONE, THE HAIR ONE.

１年以上前 boolander25 said…
Yeah, Nico did seem like a broken bird. I felt so bad for him in Titan's Curse. :( And you know, like every other book.

１年以上前 KateKicksAss said…
I HATE that song! Bugs the hell outta me, but makes for a good laugh :P

１年以上前 GemonkDruid said…
Yeah, he grew up so fast *sniff* No eleven-year-old should be an emo.

(even though I was)

But he's gotten better... he doesn't hate Percy anymore. AND HE BETTER BE IN THE SON OF NEPTUNE.

１年以上前 boolander25 said…
Ugh, I can't believe she's related to Will Smith. How can someone that awesome generate that crap? No offense to her fans or w/e. 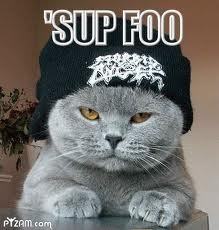 １年以上前 boolander25 said…
YES. Percy needs to be in that book. What did you think of Piper, btw? I found her to be a cool character in the beginning but she ended up being more of a Mary-Sue towards the end.

１年以上前 GemonkDruid said…
I WHIP MY HAIR BACK AND FORTH!

１年以上前 boolander25 said…
Oh God. Ke$ha neeeds to be tranquilized with a troll tranquilizer. That is one gene pool that does not need to be respawned. 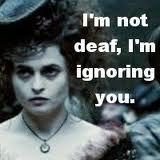 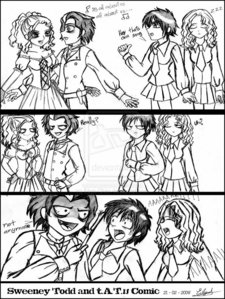 １年以上前 KateKicksAss said…
Another Ke$ha parody... :P Noticed you were posting them, haha.

１年以上前 GemonkDruid said…
Have you seen American Idiot: The Musical?

１年以上前 GemonkDruid said…
The musical opens on a group of angry youths unhappily living in suburbia (identified as Jingletown, USA) and saturated with TV. Fed up with the state of the union, the company explodes in frustration ("American Idiot"). The musical then focuses on three best friends: Johnny, Will, and Tunny. The three feel threatened by their mundane lives. Johnny (aka Jesus of Suburbia) goes to commiserate with Will ("Jesus of Suburbia"). Tunny shows up to join the party. When the three of them run out of beer, they head to the 7-Eleven, where Tunny exposes the do-nothing go-nowhere quicksand of their lives ("City of the Damned"). They get riled up, and Johnny challenges his friends to engage ("I Don't Care"). Will's girlfriend Heather appears. She is pregnant and doesn't know what to do ("Dearly Beloved"). Johnny borrows money from his mother and buys bus tickets to the city for himself and his friends. Heather, however, reveals to Will that she is pregnant with his child and he decides to stay home ("Tales of Another Broken Home"). Johnny and Tunny depart for the city with a group of other jaded youths ("Holiday").

While Johnny wanders the city and pines for a woman he sees in an apartment window ("Boulevard of Broken Dreams"), Tunny finds it hard to adjust to urban life and is seduced by a television ad for the army ("Favorite Son"). Tunny realizes that his generation has been so numbed and apathetic that nothing, not even the bright lights of the city, will excite him ("Are We the Waiting"). He enlists in the army.

Frustrated by his friend's departure and his inability to find girls or fun, Johnny conjures a rebellious powerful reflection of himself called "St. Jimmy" and shoots heroin for the first time ("St. Jimmy"). Back in Jingletown, Will sits on the couch as his girlfriend's pregnancy progresses. He drinks beer and begs for a release. Meanwhile, Tunny is deployed to a war zone, and is soon shot and wounded ("Give Me Novacaine").

Johnny finds that St. Jimmy has given him everything he's ever wanted—girls and fun—and spends the night with the girl he saw in the window, whom he calls "Whatsername". Johnny is smitten with Whatsername and wants to celebrate, but St. Jimmy has other plans for them ("Last of the American Girls/She's a Rebel"). Johnny and Whatsername go to a club, shoot drugs together, and have passionate sex. By this time, Will and Heather's baby has been born, and Will is increasingly oblivious as Heather tenderly commits herself to her baby's future ("Last Night on Earth").

Heather has had enough of Will's pot-and-alcohol-fueled apathy. Despite Will's protestations, she takes the baby and walks out ("Too Much, Too Soon"). Around the same time, lying in a bed in an army hospital ("Before the Lobotomy"), Tunny falls victim to the hopelessness he has seen during wartime and hallucinates. He and his nurse engage in a balletic aerial dance ("Extraordinary Girl"). He falls in love with her ("Before the Lobotomy (reprise)").

Back in the city, Jimmy reappears but Johnny ignores him, watching Whatsername sleep. Johnny muses on their relationship and reveals the depth of his love for her ("When It's Time"). The temptation of drugs, however, is too great; Jimmy forces Johnny to become increasingly erratic, and he eventually threatens Whatsername (and then himself) with a knife ("Know Your Enemy"). Whatsername attempts to talk about his behavior, but she is shocked at how much he has spun out of control. Meanwhile, the Extraordinary Girl dresses Tunny's wounds and Will sits on the couch, once again alone ("21 Guns"). After this, Johnny and Jimmy leave and Johnny leaves a note for Whatsername, which says that he has chosen Jimmy and his drugs over her. Frightened and fed up, Whatsername explodes at Johnny, telling him that he is not the "Jesus of Suburbia" and revealing to him that St. Jimmy isn't a real person as Johnny believes, but rather "a figment of [his] father's rage and [his] mother's love" ("Letterbomb"). She leaves him.

Hurt by Whatsername's departure, Johnny is forced to admit that his life has amounted to nothing; he longs for better days ahead, Tunny longs for home, and Will longs for all the things he's lost ("Wake Me Up When September Ends"). St. Jimmy appears and makes one last attempt to get Johnny's attention, but that part of Johnny has died, resulting in the metaphorical suicide of St. Jimmy ("The Death of St. Jimmy"). Johnny cleans up and gets a desk job but soon realizes that he can find no place for him in the city ("East 12th Street"). Will, all alone with his television, bemoans his outcast state ("Nobody Likes You"). As he finally gets up off the couch, Heather appears with her new rockstar boyfriend ("Rock and Roll Girlfriend"). Will heads to the 7-Eleven to find Johnny and Tunny. Johnny had sold his guitar for a bus ticket home, and Tunny has returned from the war zone (as an amputee) with the Extraordinary Girl. As Tunny introduces his friends to the Extraordinary Girl, Heather and her boyfriend arrive. In an uneasy truce, she gives the baby to Will. Other friends show up to greet the three guys they haven't seen in a year ("We're Coming Home Again"). One year later, Johnny laments that he lost the love of his life, but he accepts that he can live inside the struggle between rage and love that has defined his life. With this acceptance comes the possibility of hope ("Whatsername").

After the cast takes their bows, the curtain rises to reveal the entire company with guitars, with which they perform the song, "Good Riddance (Time of Your Life)".

１年以上前 KateKicksAss said…
Wow....that sounds pretty good! That's so cool they did a musical with Green Day songs :P
When did you see it?

１年以上前 GemonkDruid said…
Oh, I didn't see it. :( I don't live in America. :(
Previous
Something to say? Sign in with one of these options:
Log in to Fanpop! Not yet registered? Create a new Fanpop account!