What I Want In アナと雪の女王 3
posted by whatsupbugs
When the first アナと雪の女王 film was being advertised, I wasn't a ファン of ディズニー at the time. I did enjoy a fair amount of their live-action films, but most of their animated films didn't appeal to me. I wasn't that excited for Frozen. In fact, I thought the film wouldn't even be good. However, I was pleasantly surprised. アナと雪の女王 quickly became one of my お気に入り animated films. I was blown away によって Elsa, Anna, the animation, the songs and how much fun the film was to watch. I was concerned that a sequel to アナと雪の女王 wouldn't work. However, history repeated itself, because I was pleasantly surprised によって how great the sequel was.

A third アナと雪の女王 film hasn't been officially announced. However, that doesn't mean it won't happen. After all, the makers of アナと雪の女王 thought the first film was a self-contained story that wouldn't get a sequel. アナと雪の女王 2 was better than I could of ever anticipated. In fact, I think I like it even もっと見る than the first film. It left me excited for the possibilities of what could happen next.

My idea for アナと雪の女王 3's plot:

The plot takes place a short time after the 2nd film. Elsa is living in the 魔法にかけられて Forest. While she has a lot to get used to, she quickly adjusts to her new environment. She starts spending もっと見る and もっと見る time with Honeymaren, the young woman she bonded with in アナと雪の女王 2. Elsa comes to realize that she's formed a special connection with Honeymaren, a type of connection that she's never had with anybody else in the past. Elsa had never experienced a romantic attraction to a person before. Due to being hidden in her bedroom for most of her childhood, Elsa rarely got the chance to even look at other people. Elsa realizes she's getting a crush on Honeymaren. Honeymaren reveals herself to be a lesbian and she starts helping Elsa figure out her sexuality.

Things start looking up for Elsa. She used to have to hide her true feelings and powers, but that's no longer the case. She feels ready to settle down with Honeymaren, until an old enemy finds her. The Duke of Weselton comes to the 魔法にかけられて Forest. With the aid of his bodyguards and the evil Prince Hans, the Duke plans on getting rid of the 魔法にかけられて Forest, because of his hatred for magic and as a way of getting revenge on Elsa. It's up to Elsa and the rest of the Northuldra tribe to protect their home.

Elsa would be the protagonist. アナと雪の女王 2 expanded on her personality, backstory, powers and life goals. My wish is for アナと雪の女王 3 to continue expanding her journey. After the first film came out, Elsa became an アイコン for the LGBT community. Due to her not having a 愛 interest and her "Let it Go" song having lyrics that resembled a coming-out scenario, tons of ファン wanted Elsa to get a female love-interest. アナと雪の女王 2 didn't give Elsa a 愛 interest, but several fans, including me, enjoyed the bond Elsa formed with Honeymaren. Although Honeymaren was pretty much a minor character who only had a few scenes with Elsa, several cute fanfics and pictures were made of Elsa and Honeymaren. Lots of ファン want the two of them to get together and there's very few, if any, people that want to see them get together もっと見る than I do. ディズニー has toyed with the idea of being progressive によって having minor characters in their films be hinted to be attracted to people of the same gender, but I think it's time for ディズニー to go all the way. There are so many iconic heterosexual couples in ディズニー shows and films, but no same-gender couples. Elsa and Honeymaren could make history.

In order to keep アナと雪の女王 3 from being overcrowded, Anna would be もっと見る of a secondary character, but she would still play an important role. Although she would still have concerns about Elsa, she would trust her sister and start focusing on how to run her kingdom. もっと見る flashbacks of the parents, King Agnarr and クイーン Iduna, would be shown which would 表示する Agnarr's early days of running the kingdom and would also 表示する the early stages of his relationship with Iduna.

The Climax and Ending:

Elsa and the Duke's teams would battle it out. Elsa would fight against her enemies, but wouldn't badly injure them. Anna and Kristoff would get a レポート from Lieutenant Mattias about a battle going on in the 魔法にかけられて Forest. Anna and Kristoff would go to save Elsa, but によって then, Elsa and the Northuldra have tied up the bad guys. Mattias would arrest the bad guys, while Elsa and Anna catch up. Elsa, who is no longer ashamed または afraid of her feelings, tells Anna that she's in-love with Honeymaren. Anna cries tears of joy and hugs her sister. Elsa pays a trip back to Arendelle where she sees how her sister has grown as a leader. She tells Anna that she's very proud of her. The film would end with Elsa making a small ice palace in the 魔法にかけられて Forest that looks similar to the ice palace she made in the first film. However, this time, Elsa doesn't plan on living alone in the ice palace. She and Honeymaren share the ice palace and live happily ever after. 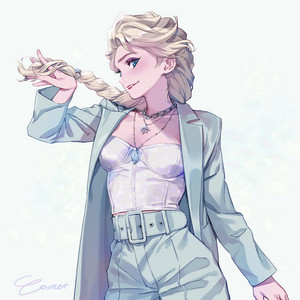 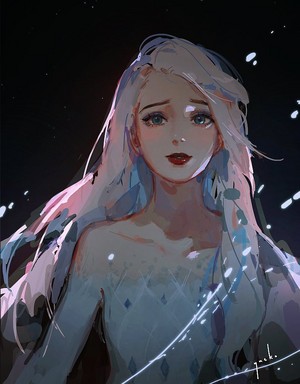 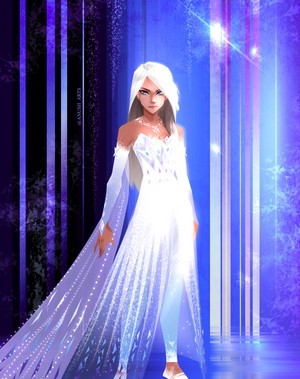 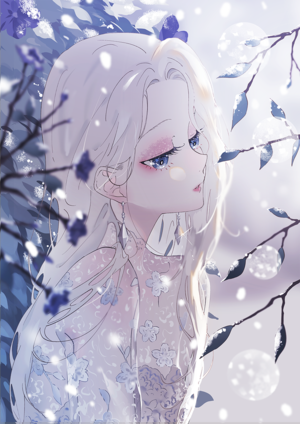 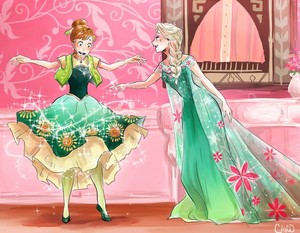 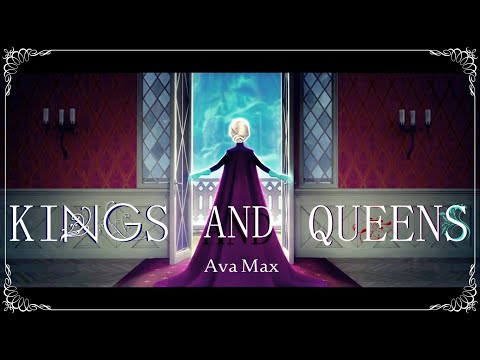 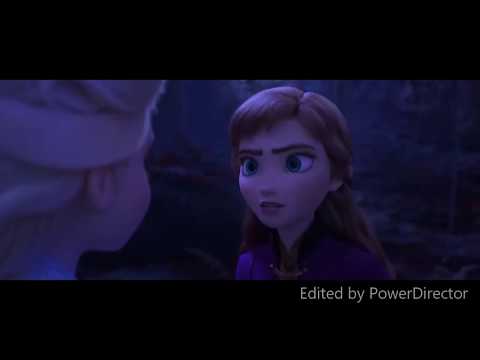 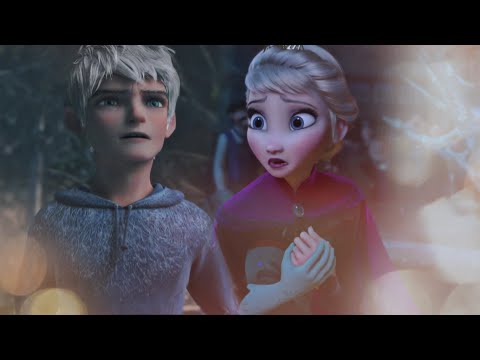 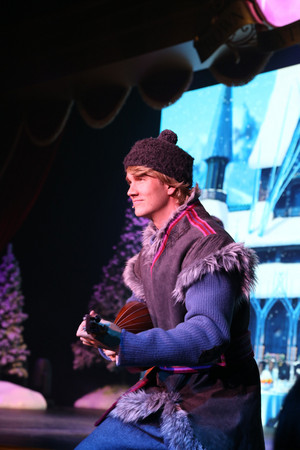 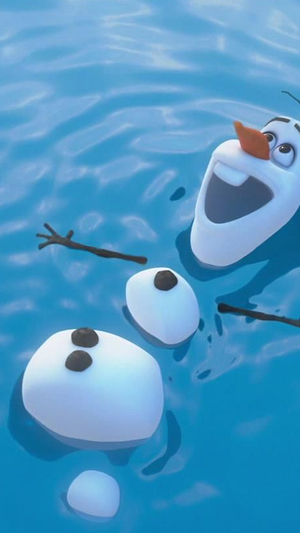 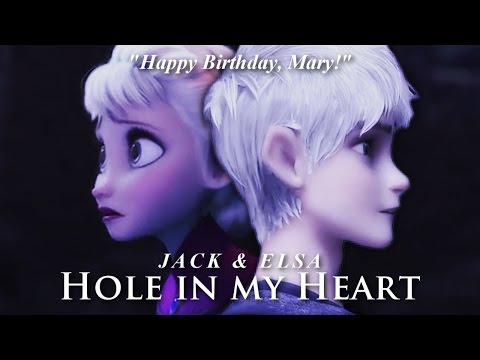 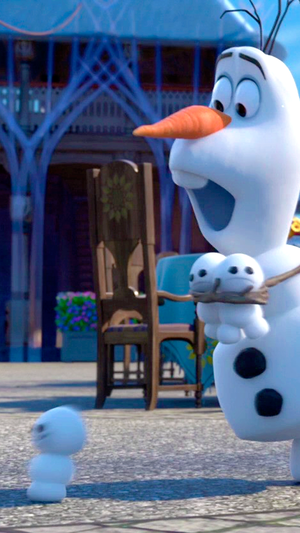 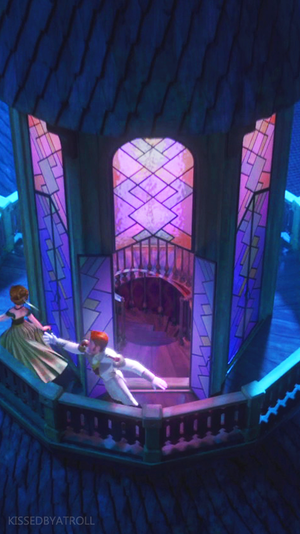 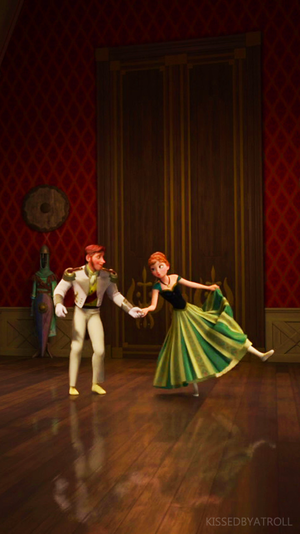