The Redesigns
Okay, so a lot of people have been doing these, and I wanted to write a new 記事 before I finished my countdown of the smartest ディズニー Princesses, so I'm going to be doing this. Anyways, keep in mind this is just my opinion. Enjoy the article! :) 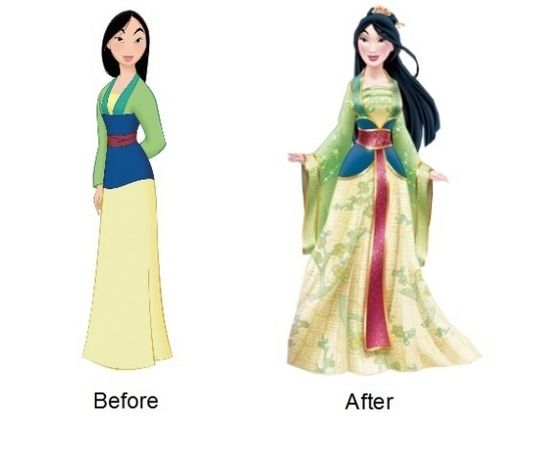 She may be my お気に入り ディズニー Princess, but I am definitely not a ファン of her design. In my opinion, her face is completely changed, it's made sort of chubby, with もっと見る rosy cheeks. Her hair looks different, and I do like the outfit, but I don't think it SUITS/スーツ her, I don't think her appearance is unappealing to look at または anything, but she looks so, well different. Plus there's that whole controversy about her and Pocahontas and such.. 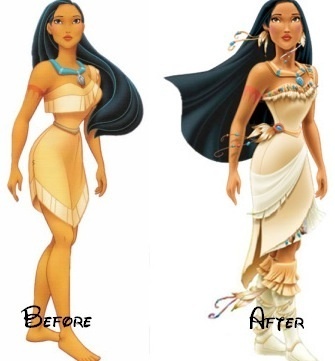 What?! Is this even Pocahontas?! This redesign almost scored number 11. but I put Mulan there instead. Anyways, like Mulan, her face looks completely different. Pocahontas also has feathers hanging from her ears, which I just don't think looks right on her. Like Mulan, the color of her skin has been slightly lightened, which has led to a controversy. Her dress, once again like Mulan's has had a lot added on to it. So, are they just aiming for marketing now? Seems like it, and it looks like they don't care if people see that. 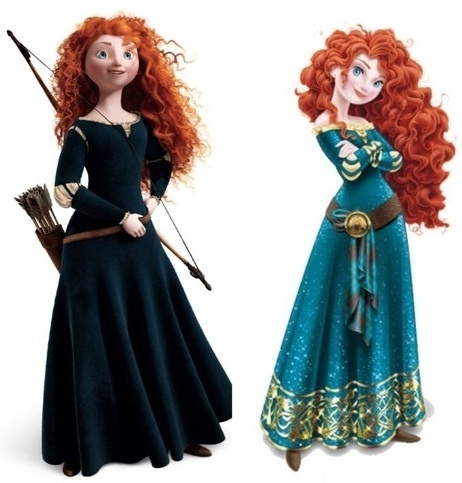 So, it looks like Merida has been COMPLETELY redesigned from her computer animated form, and she sure looks different. Well actually, not that different. She remains a (sort of, just a little bit though) similar dress, just not a computer animated one, and she mostly looks the same. I don't really care for this redesign at all, so that's why it's so low. 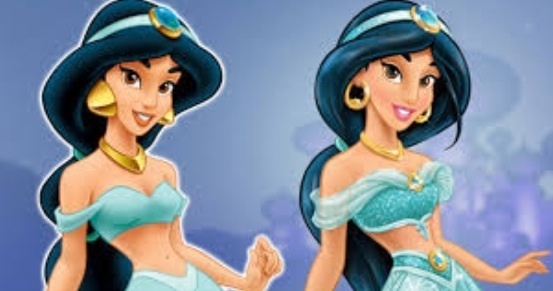 Sorry to all the ジャスミン 恋愛中 out there, but I never really thought ジャスミン was pretty at all anyways. Her dress remains mostly the same, but is もっと見る sparkly with a few minor changes. Her face is bigger,and the color of her lips have been changed. Overall, I actually like her デザイン better than the original, but it's not my お気に入り redesign nor is it even near my favorite. 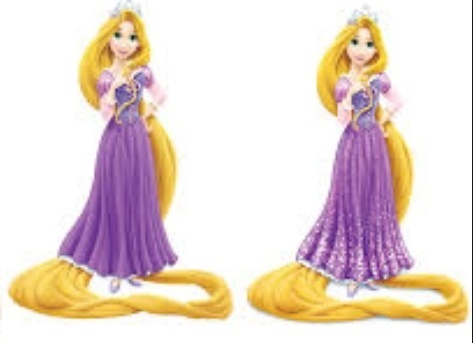 So, it looks like my 上, ページのトップへ Three お気に入り ディズニー Princess' have been eliminated before the 上, ページのトップへ 5. Such a shame I'm not a ファン of their redesigns. They're still my お気に入り though. Anyways, Rapunzel hasn't changed much either. She's got her new sparkly dress (I guess that's some new trend with the Princesses.) which is still the same dress, just with sparkles, and that's basically it. I don't find a huge difference at all. I much prefer her computer animated. 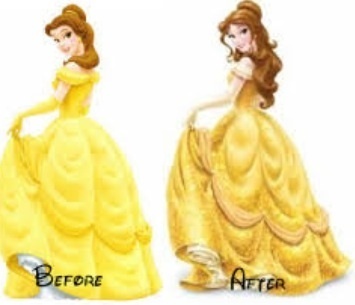 Now we're at the new designs that I really love. I just 愛 the new dress! I do like the original one, but I just 愛 the color on the new one! Her hair looks great as well, and I 愛 the little change in the color of it. Also, of course, Belle's got the sparkles. (I don't really understand the point of them, but I do like them) I really do 愛 her redesign, but I just like the others more. 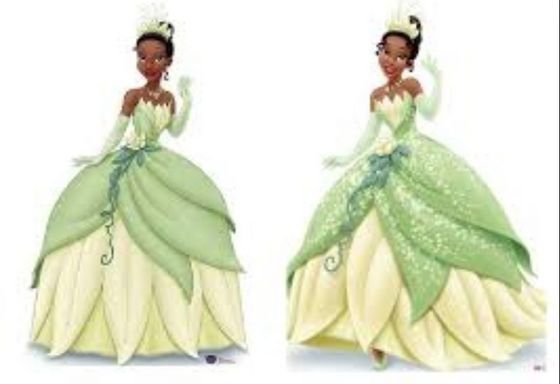 I know that people really 愛 Tiana's redesign, and I do too, but it's just not in my 上, ページのトップへ 3 favorites. So, Tiana looks basically the same, but OF COURSE she has her sparkles?I just 愛 this outfit, and Tiana also has one of my お気に入り wardrobes, if people actually care about that, but who really does? 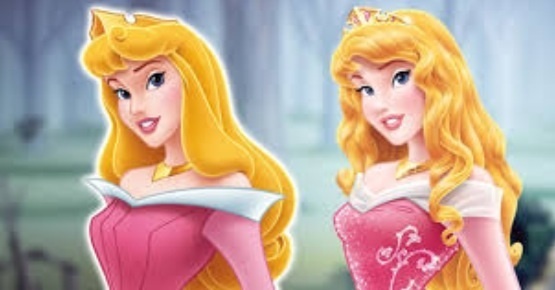 I don't think Aurora is gorgeous at all in the movie, または even in her original design, but I absolutely adore her redesign! My お気に入り part is definitely the hair! I just 愛 the way it looks! But her dress is better, in my opinion, and I like the デザイン of her face better. I do prefer the other though, 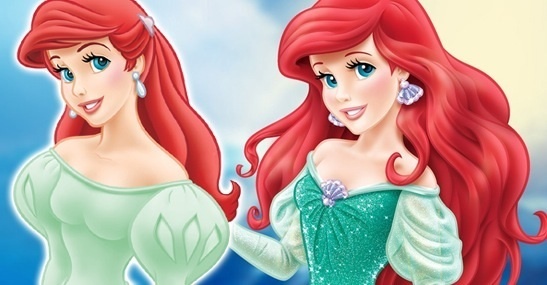 I ADORE her new dress! It has such a great color to it! I can't decide if I like her hair better before または now, but I'm leaning towards now. In my opinion she looks so much better now than she did before the redesign! I just think the others have better designs then her. 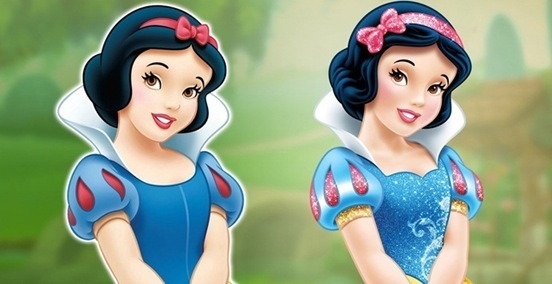 It's not often that Snow White is even near my 上, ページのトップへ 2, so she better enjoy it while it lasts! Her redesign is just GORGEOUS! Her dress looks better than ever, her hair and bow look better than ever, and she just looks absolutely gorgeous. However, I just think number one is even better. 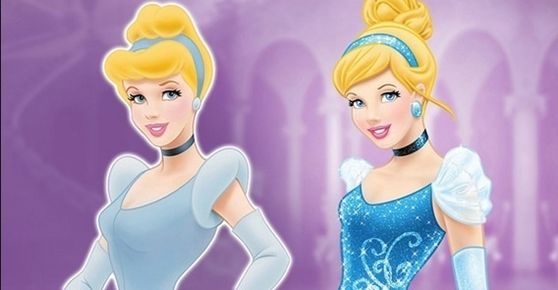 In my opinion, her look is absolutely FLAWLESS! I absolutely 愛 her dress, it's my お気に入り ディズニー Princess dress EVER! Her hair looks better than ever! Her face looks fantastic! She looks so much different! But DEFINITELY for the better! (In my opinion) Congratulations Cinderella!

Thanks for 読書 the article! :)
PrueFever, Rebecca550_ and 14 others like this
cinderella44 I liked your article, will you add me? I'm new to fanpop
avatar_tla_fan Thank you. And ok. 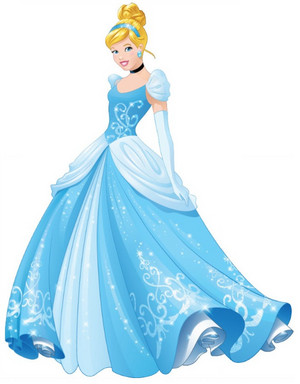 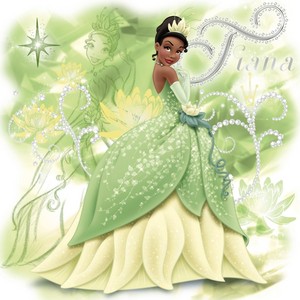 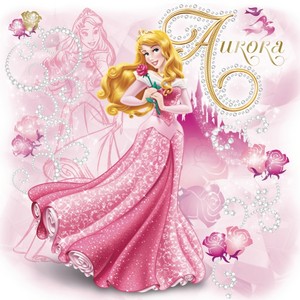 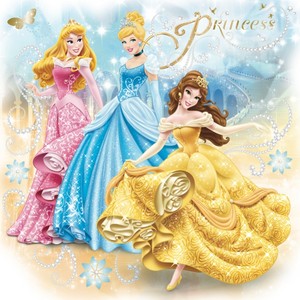 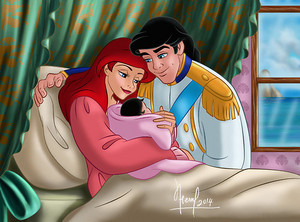 5
Ariel, Eric, and newborn Melody
added by ArielandEric16
3
Why the lack of racial diversity in the main characters of アナと雪の女王 makes no sense
posted by Annabethandco
For such a successful and expensive film, Frozen's complete lack of diversity (particularly ethnic diversity) really vexed me. アナと雪の女王 has four main human characters and out of the four:
- Four are white
- Four are all apparently straight
- Three are blonde
Looking at this, あなた can tell there is very little variation in Frozen's main cast. In ethnic terms, there really is no excuse of this. アナと雪の女王 needed もっと見る POC. 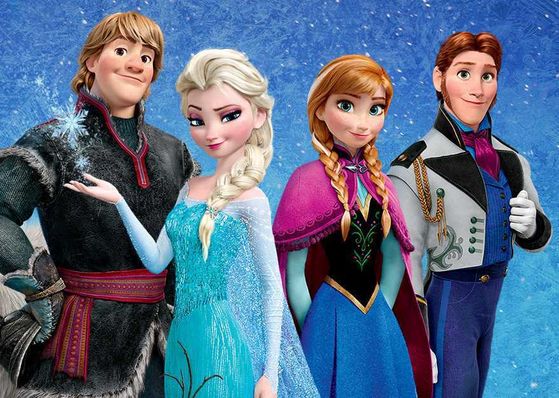 I have heard one main argument (read: excuse) why アナと雪の女王 didn't have any racially diverse characters (and no: I am not counting black background characters). Some say that Frozen...
continue reading... 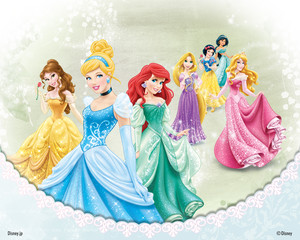 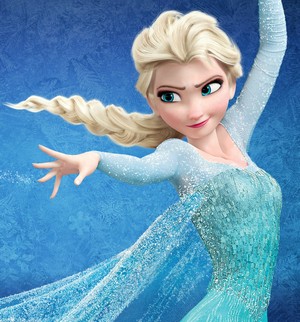 5
クイーン Elsa
added by Frozen_Lover
Source: ディズニー
10
Best ディズニー Princess Eyebrows
posted by dimitri_
This is a serious article. Eyebrows frame your face so あなた need to have the right pair. I spend way too much time plucking and grooming my eyebrows so yeah, I think eyebrows are very aesthetically important. I noticed the results look a bit like my non-existent prettiest Princess 一覧 with a few exceptions of course.

13. Mulan
They are Asian looking alright, with the shape. I promise I don't have anything against big eyebrows but Mulan's kind of overpower her eyes and they look a bit untamed. They are definitely not bad, just comparing to the others. Shang has nice strong arched eyebrows though....
continue reading...
10
It Makes No Sense for Hans to be the Villain
posted by OnceABlueMoon 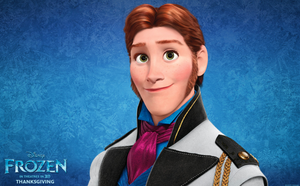 Forget about all of your opinions on Hans. Just for a 分 forget about any of his scheming または backstabbing that happens later in the movie. Imagine that あなた came into to this movie not expecting a villain, または at the very least expecting Elsa to be a villain. What would be the impression あなた would have of Hans?

My bet is that it would be almost the exact same as Anna's. In the first 時 of the movie, Hans gives no implication that he is anything other than what he appears. A kind, gentlemanly, slightly awkward young man who is looking for a sense of adventure and a way to escape the overbearing...
continue reading...
16
Ariel's ピンク Dress - Seriously, Disney?
posted by Annabethandco 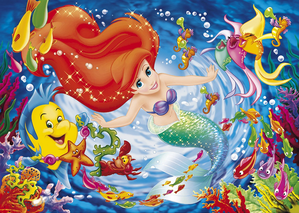 I was looking through my 記事 and realised I didn't have an 記事 in which I examined Ariel in depth. I decided to amend that によって 書く about a subject it's fun to think about - Ariel's ピンク dress.

Most ファン can agree (I think) that the dress looks quite bad on Ariel. There are several reasons for this: the sleeves are ridiculously puffy and makes her arms look misshapen and the shaping of the スカート looks... Odd. I just think it's too puffy and big in general. 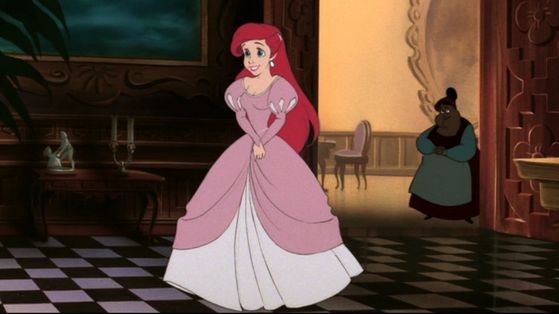 Another 人気 reason for the dress looking odd is that a red hair/pink dress combo doesn't work: 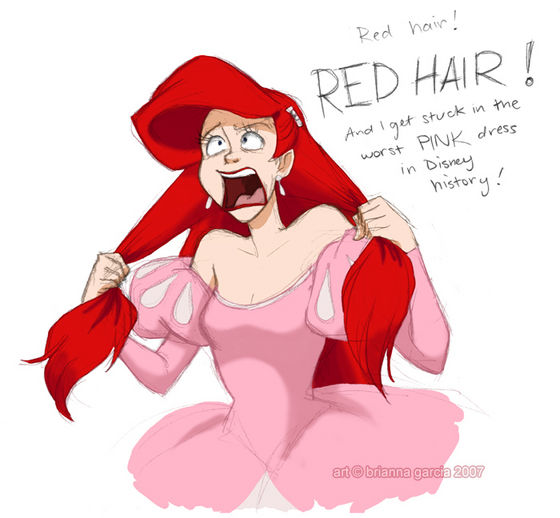 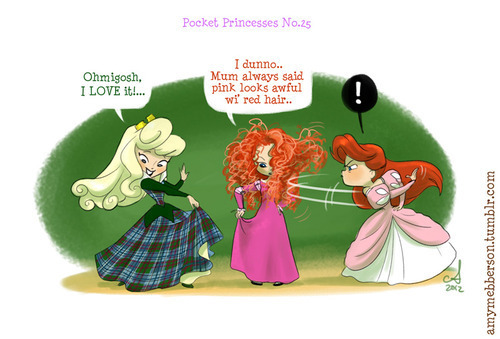 However, I...
continue reading...
7
ディズニー Princess Voices: Worst to Best
posted by Diazdiaz95 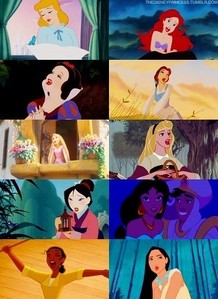 One of the best things about ディズニー princess films are their princesses(obviously) and songs. As a singer, 音楽 lover, and actor, I've always paid close attention to the voices that bring these wonderful characters and songs to life. I am picky about the voices I like but can admit that no princess has a bad voice, some are just much better than others. Share your opinions.
13. Snow White
Let me begin によって saying that I'm ranking both 歌う and speaking voices and that even though she's at the bottom, I don't hate Snow White's voice. Let's be honest here, most people find her voice to be annoying....
continue reading...
9
ディズニー Princesses and Greek Goddesses
posted by 324anna
I was bored so I decided to write an 記事 about which princesses look like which greek goddesses, since I'm greek and I 愛 the Greek Mythology. Enjoy! 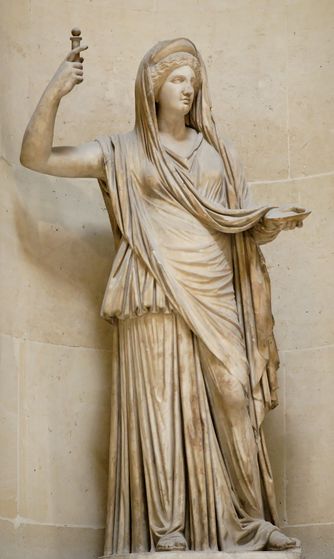 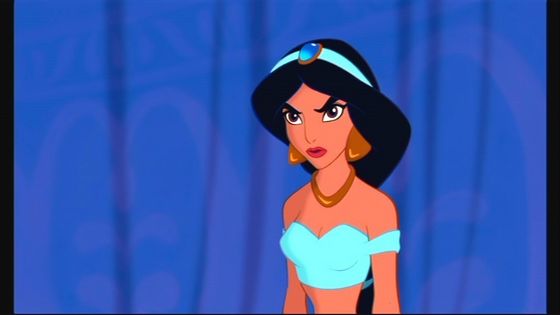 Firstly, Hera has a serious problem with her temper, like Jasmine.She likes getting revenge and even though we don't see ジャスミン as revengeful, I believe that if someone hurts her, she won't forget it so easily (besides Aladdin, she forgives him every time, like Hera forgives Zeus). Also, Hera protects women which means she's a feminist, again like Jasmine. Another common, is thei history with their husbands. Zeus...
continue reading...
11
Why Elsa Is A Complex Character
posted by dclairmont
Third 記事 in three days? I have a life..heh...heh..ANYWAYS, I've heard multiple times people calling Elsa complex, but they usually don't give an argument to back that up, so I decided to write this! I've also heard a lot of complaints from アナと雪の女王 haters asking how Elsa is so complex, so I'm 書く this for that as well. Anyway let's get started! I hope あなた enjoy! :)

1. He または she undergoes an important change as the plot unfolds.

2. The changes he または she experiences occur because of his または her actions または experiences in the story. 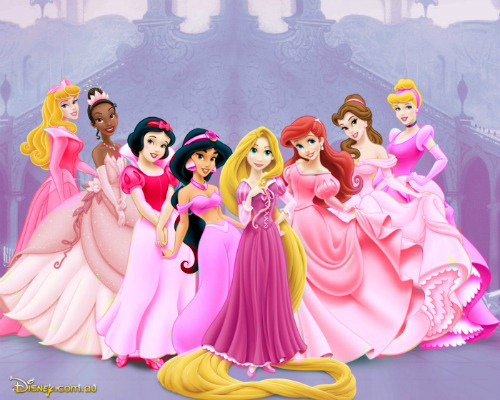 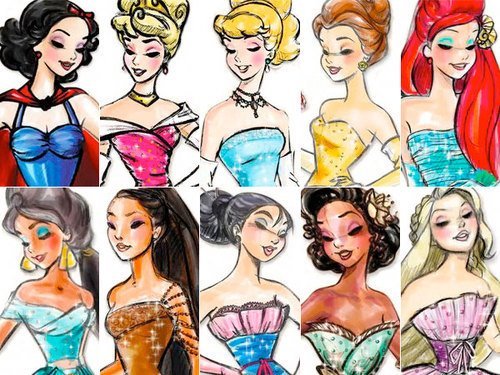 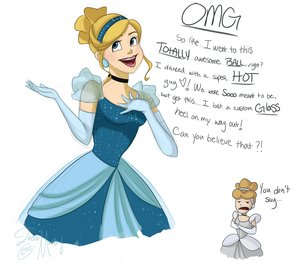