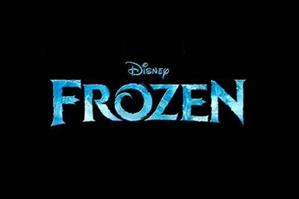 As あなた all know, the link to watch アナと雪の女王 online was 投稿されました in the club's ウォール によって dclairmont (who got this link through Safira-09), allowing me and much もっと見る others to watch the movie (thanks god, because if it wasn't for that link I would be probably the last person in this club to watch it). Now, after I have watched the movie, I'm going to review it.

The film didn't start very well. There were boring opening credits with people 歌う only one word. Really, I'm the only one reminded of "The Lion King" によって it? Now, after it was the equally boring opening sequence, with some men doing something with ice and 歌う ("Frozen Heart").

Then we're transported to the Palace of Arendelle, Elsa's room. Now, things start to become interesting. Yes, from now on, it's an amazing, touching movie. That's all I'm going to say here, because, really, あなた watched the movie. 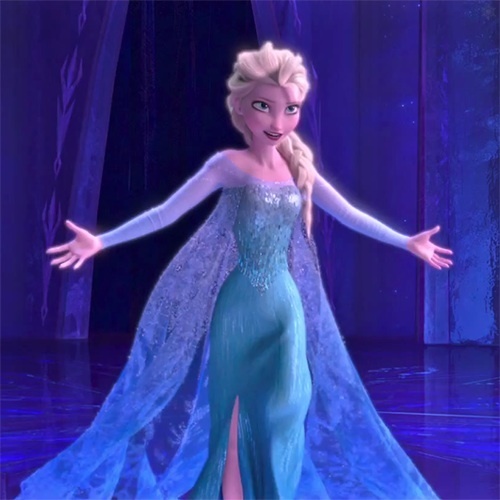 
Elsa - So, I think I must tell あなた what I expected of Elsa when I heard ディズニー was going to make a movie based of The Snow クイーン and saw some art of her (before I knew the plot). I thought: "Ok, so she's going to be sarcastic, 苦い and a bit villainous".

But she's much better than that. Elsa is my お気に入り character in the movie. Her story is so touching. She is so selfless and hurt and a dedicated sister. I bet everyone in the theaters wanted to comfort Elsa. I don't think I have words for Elsa. If あなた watched Frozen, あなた probably know why I 愛 her. 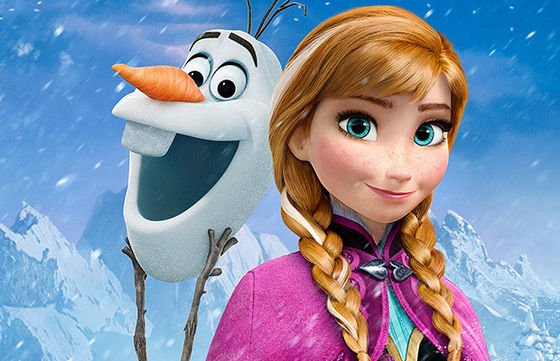 The Loving Sister and the Sunny Snowman


Anna - Another dedicated and loving sister in this story. ANNA IS SO CUTE! I 愛 her almost as much as I 愛 her sister. I 愛 her quirky personality and her excitement. Need I say more? Cute characters are cute!

Olaf - Olaf is great! I thought he would be annoying when I first saw the TV commercials. But he's so funny with a captivating personality. One of the best DP's sidekicks for sure. In my 上, ページのトップへ 10. 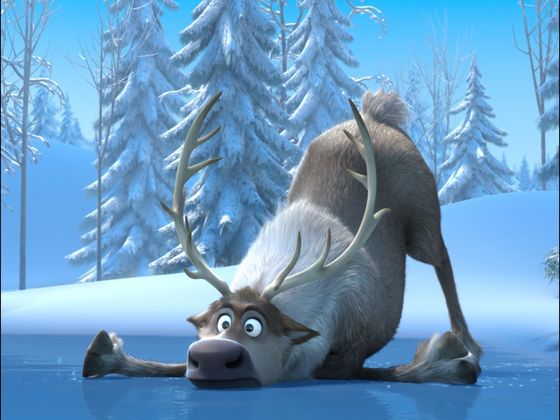 
Sven - Sven! Really, he's like a ディズニー horse with the cuteness of a 子犬 - what's not to 愛 about ディズニー 馬 and cute puppies? 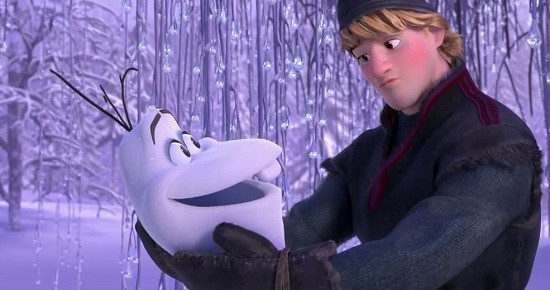 
Kristoff - Kristoff is a nice, cool guy. But he's better after the encounter with Elsa. I don't know why. Before that he was so stereotypically boy - "All men pick their noses". Hello! I'm sure most males didn't mind since it's just comic relief, but I minded. Thank you. And I find it a bit disgusting he easts of the same carrot as the reindeer AFTER Sven eats it.

But I really like him after that. He loves Anna and is dedicated to her. At heart, he's a really sensible, sweet guy. He just doesn't cause much of an impact in me as the characters above. Maybe he'll 移動する one category up after I watch the movie again. 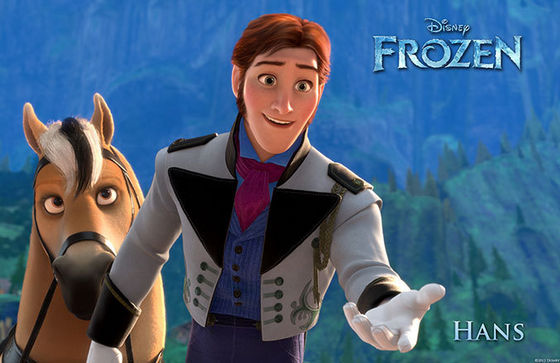 The Evil Guy - and his cool horse


Hans - The villain who seems to be a good guy to earn Anna's love. I like him, but I was a bit sad he was the villain. I mean, I already knew before watching the movie, but I really liked his false personality. And he's bad developed as a villain. They should have 与えられた hints he was one throught the movie.


The Trolls - I really like them, they're so funny. I only don't like how they tried to force Anna and Kristoff to marry. 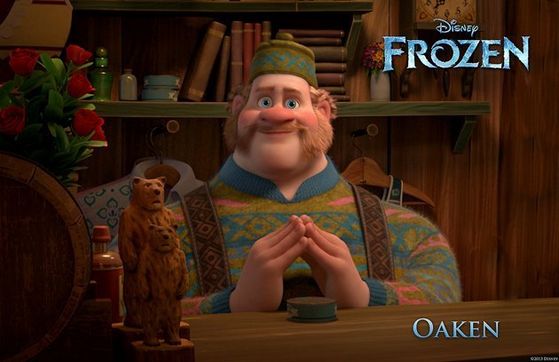 
Oaken - He's nice and funny, but there's not really much else about his character. Just don't call him fat. 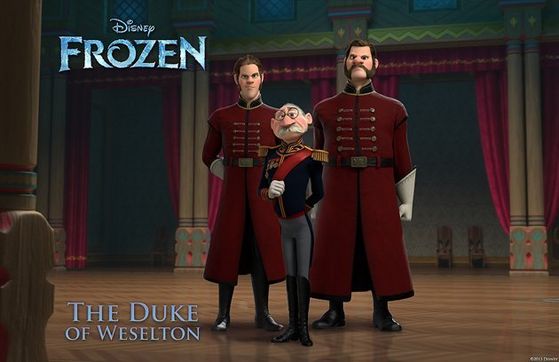 The Power-hungry Noble (and his bodyguards)


The Duke of Weseltown - I despise his personality, but he's funny in the ball's scene. 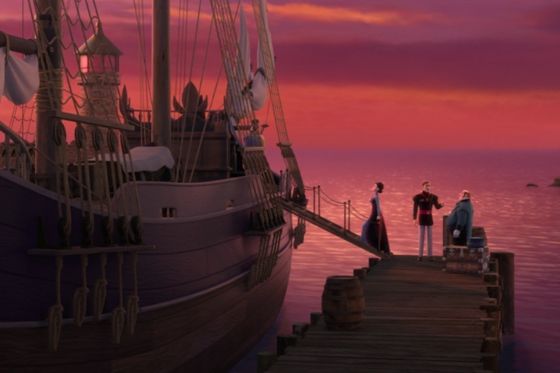 
The King and クイーン of Arendelle - They're not all that bad? But pratically cutting their contact with their daughter and cutting her contact with the outside world? What would クイーン Leah and King Stefan または the クイーン and King of Corona say? *Shakes head* There were other, less harsher, ways, あなた know...

It's a New Era, people. Is it the end of the Classsics? I don't know. Maybe in the future it'll just be known as the Intermediary Age, before we go back to the 2ds. Maybe, yes, it is the end. One thing I'm sure of: I'm open to new experiences :)

Songs I love: Do あなた Want to Build a Snowman?, For the First Time in Forever (and reprise), 愛 is an Open Door, In Summer, Fixer Upper

Songs I like: Let It Go, Raindeers Are Better than People

あなた DON'T 愛 LET IT GO? No. Sorry, I like it, but it doesn't cause that big of an impact in me. It's also the only song I don't think is Broadway Pop, just plain pop. Maybe my opinion will change in the future.

Overview: アナと雪の女王 is an amazing movie and one of the best of the ディズニー Princess' franchise. I really recommend watching. 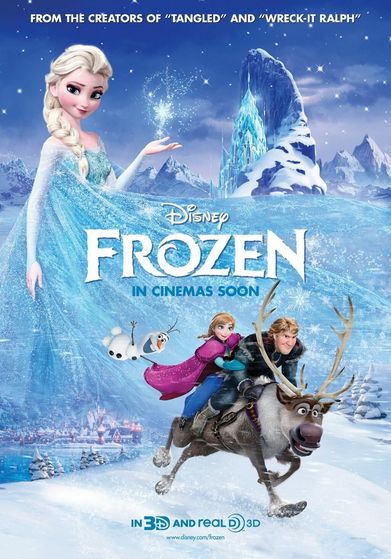 So, goodbye, my dear readers, and thank あなた for taking the time to read my opinion. Goodbye and 'till 次 time

I wrote all of this listening to the Frozen's Soundtrack in Youtube. HAHA!
angelbarbie20, Lanalamprouge and 1 other like this
kashley00 Wow your review is so in-depth, it puts mine to shame!! I agree that a new era is starting, I think it started with Tangled!
prussiaducky Love the review!!!! Still don't understand how Let it Go is pop, but I guess that's your opinion! :) your articles are never a disappointment XD
Silverrose1991 Thanks for the sweet comments, guys.
Lanalamprouge looovvee thheee aaarrtiiccles!! you post. this one is no exception
Silverrose1991 Lanalamprouge - thanks!
Shiki_Otherside Nice review
MacytheStrange Love the review, we agree with quite a bit!
Want to know me?
posted by SarahCorine
First Name: Sarah

Country of Origin: America または would it be Mexico. I mean, I’m Mexican, but I was born in America.

Favorite ディズニー Movie: Dumbo! Than it’s a tie between Beauty and The Beast, The Little Mermaid, Tarzan and Lion King.

Hobbies: 読書 and writing!!!! I 愛 being a writer! I wrote a Christian book to help raise awareness on teen suicide. It’s about a girl named Katiana who hears about a boy named Tommy, who killed himself on Thanksgiving day. Even though she didn’t know him, she is really sad によって it, so her and her best friend...
continue reading... 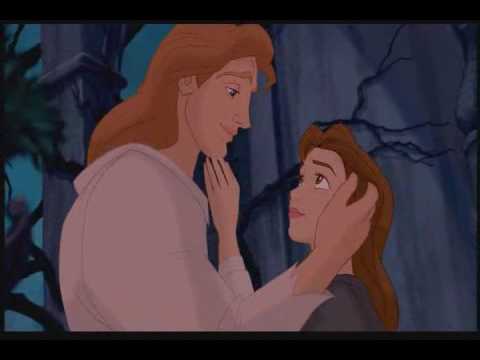 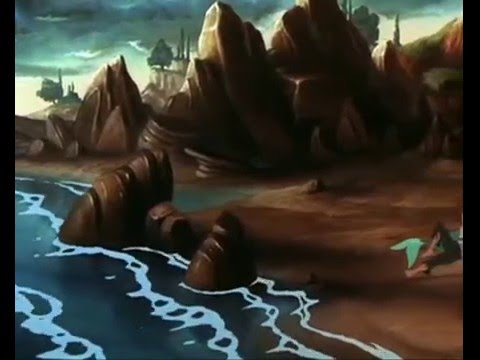 14
Torn - princesses ディズニー
added by _Beach_Bliss_
A very beautiful princess song :)
video
princesses
17
AllegroGiocoso's お気に入り Princesses
posted by AllegroGiocoso
Hi everyone! Well, I see others write their 一覧 of お気に入り princesses so I decide to follow suit and to write my own. It would be fun for me to write this after all, as I think... my 一覧 has changed somewhat in the past month, but it is still basically the same. 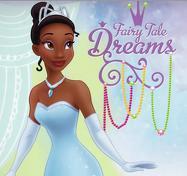 I like all the princesses a lot, but Tiana is my least お気に入り of the bunch. Tiana has her good points in my opinion によって her everlasting dream to open up her restaurant and her motivation to work I find inspiring. But still, she just isn't quite as fun as I would prefer in a princess... a bit too serious for my tastes....
continue reading...
7
Getting to know dimitri_ (Updated)
posted by dimitri_
This is the third time I'm doing this, I just 愛 talking about myself don't I? I'm pretty vain haha. 読書 dclairmont's updated getting to know 記事 made me want to make one too. As I've been saying, so many good things have been happening to me lately so I updated this 記事 and changed a few things.

And あなた won't be seeing a lot of me after this so don't worry ;) I'm going to Cuba in February, so excited!!!


Country of Origin: CANADA, I'm French Canadian though, not English! 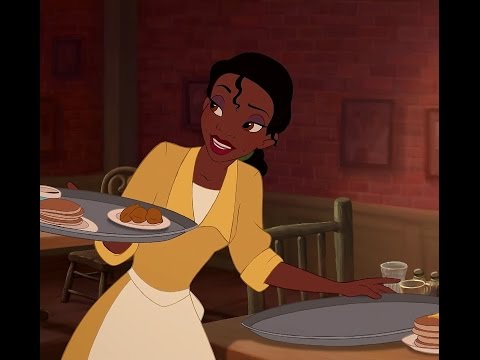 Re: Tiana Hate? (My video response to cruella)
added by KataraLover
video
ディズニー
princess
tiana
the princess and the frog 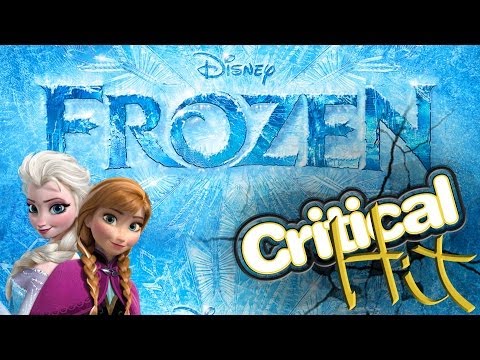 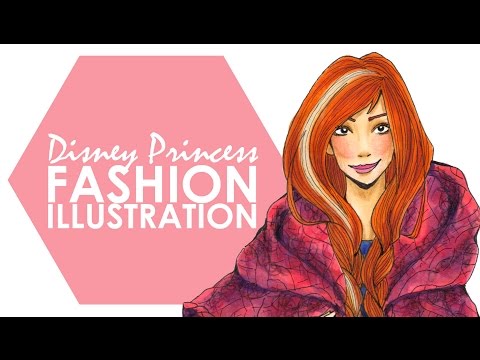 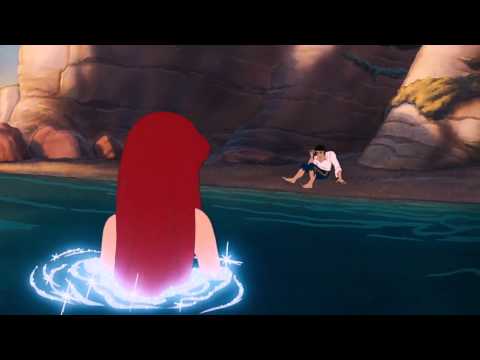 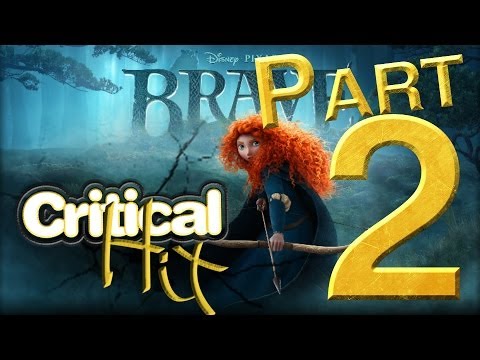 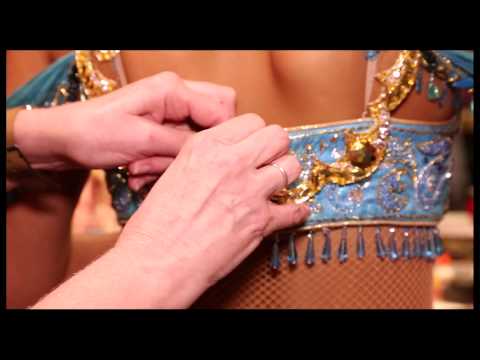 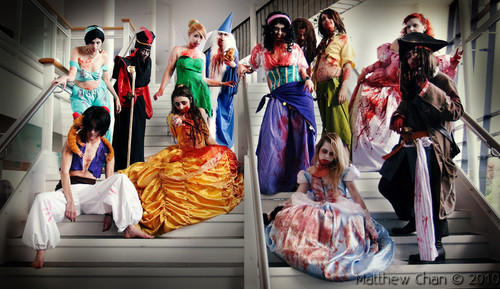 ディズニー Cosplay
added by nikibella
Source: online
6
My 上, ページのトップへ 13 Princesses!
posted by TrainerPonycat
Welcome to my first opinion list! I will try my best to do stuff and add my horrible sense of humor to do it. Well have fun 読書 this.

Belle is so boring. All she does is read 本 all the time. She's just not that interesting to me. That's all.

Okay... she's stupid. Also watching her body move, thanks to the crappy アニメーション is disturbing. She also wants to be part of a world where 魚 is eaten. Since she can understand most 魚 this is like humans wanting to be part of a world where humans are eaten. At least where it's okay. Our world humans are eaten but it's often...
continue reading...
6
Rapunzelgolds_ ディズニー Princess 一覧
posted by rapunzelsgold_
For the sake of my attention span, I'll be doing this 一覧 backwards. Enjoy.

Cinderella's my absolute FAVORITE. No matter what, she'll never be taken down from this place on my list. Ever since I was about four, I watched her movie every single Saturday, right at eight o' clock. Since my grandma always babysat me because my parents would go out, she'd sing along to it with me and I'd recite EVERYONE'S lines, and I always compared the evil step-sisters to mean girls at my pre-school (or whatever thing I attended back then). シンデレラ taught me a lot of kindness and respect, and...
continue reading...
6
10 Signs You're a ディズニー Addict
posted by MissCassecou 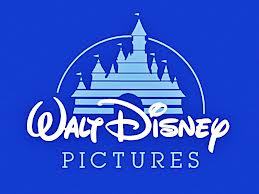 1. You’ve watched the majority of the ディズニー 映画
And によって majority I mean around 92.8 percent. Or... something. This point is definitely a 与えられた but if you’ve only seen a few ディズニー movies, あなた don’t have to pick up your game, just pick up a ディズニー movie that あなた haven’t seen before. NOW. 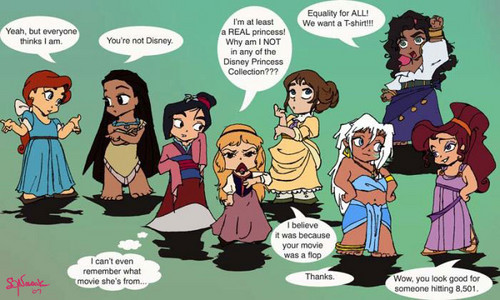 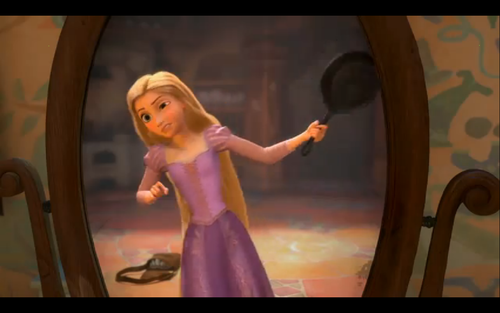