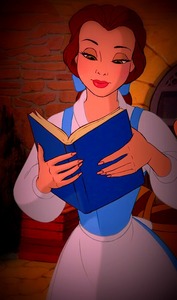 The question, "Which princess do あなた think is the smartest?" is asked very often and every time it is asked, there are those people who pick Belle. There are the people who not only pick Belle, but comment, "Because she reads." Then, there are the people who think that is a dumb thing to say, and begin immediately saying stuff like, "She only reads fairy-tales." Every time this process has been repeated I have wanted to say something like what I am about to say, but never got the chance. So now I'm going to say it.

I think many people forget that Beauty and the Beast is not set in 2011. It isn't set in the 1950's, either. It is set a long while back, before laptops and iPad's and cars. Before gigantic bookstores with every book genre and every book タイトル あなた could possibly think of. Belle lives in a small, provincial town, and the only "library" is a little bookshop with maybe two または three shelves. There aren't any trucks that come into town every week, with stacks & stacks of the newest books. No, in Belle's library, the 本 in there are probably the only 本 that are in there for months at a time. At the time Belle was alive, there also probably wasn't a Harry Potter または a Great Expectations. The only 本 that were probably in that としょうかん, ライブラリ were fairy-tales. Not thin paperback fairy-tales with pictures, no, the thick, complicated, original versions of fairy-tales. Have あなた ever read the original version of The Little Mermaid? It's not something just anyone can read. 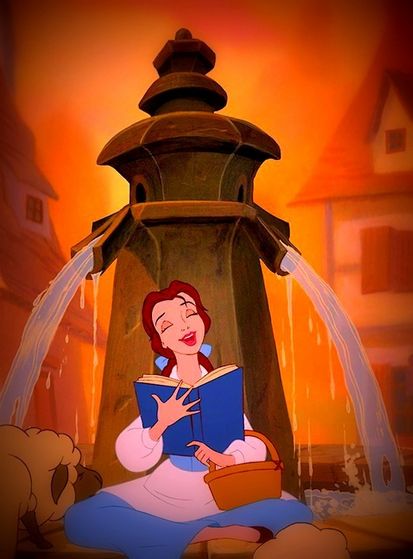 Another thing I think people forget is that Belle was a dreamer, a dreamer who wanted to escape her boring town. 本 like Pride & Prejudice offer no escape. Fairy-tales? Now those are something. 読書 本 like those, of far of places, dashing sword fights & a prince in disguise were possibly Belle's only 情報源 of comfort in that town she so wanted to leave. They offered her adventure that she couldn't have. If あなた think that it is very childish of Belle to read such stories, put yourself in her place. Pretend that's all your としょうかん, ライブラリ had. Pretend あなた need to flee where あなた are, but あなた can't, and unfortunately, Harry Potter doesn't exist yet. She also states that she's read all the 本 in 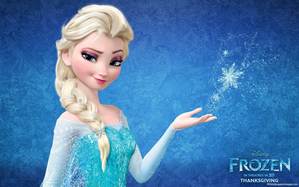 This idea started in the "What Birthday Do あなた Think Elsa and Anna Have?" poll, and while thinking of when I thought Elsa was born my stream of consciousness expanded to a theory of how she got her powers.

Paraphrasing what I 投稿されました at the poll: Maybe Elsa was born on the night of the Winter Solstice (December in the Northern Hemisphere) during the Aurora Borealis and was somehow touched によって the magic of their lights, and that's how she got their powers. I'll bet Anna was born in spring または summer.

When あなた think about it, the opening song アナと雪の女王 ハート, 心 just foreshadows every bit of the movie. "Watch...
continue reading...
15
Why I 愛 Snow White
posted by dclairmont 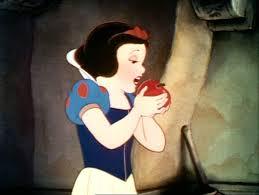 "I wish for rainbows and lollipops, ooh, ooh, and for Grumpy to like me!"
Snow White is amazing! Just recently she moved up to number 2 on my 一覧 (Though my 上, ページのトップへ 4; Aurora, Rapunzel, Snow, and Tiana, are all basically tied) and I thought that I should make an 記事 about why I 愛 her which I've already done for Tiana and Aurora. I hope あなた enjoy :)

Snow White hasn't always been at the 上, ページのトップへ of my list. When I first joined Fanpop, she was in the middle and she started slowly drifting down, at one point all the way at 9th! Though after watching her movie I've realized how much I 愛 her. Snow White isn't the most realistic character. Well, actually she's probably...
continue reading...
10
dweeb's Favourite Princess Countdown
posted by dweeb
♥ Excuse my laziness. I'm fucking tired. 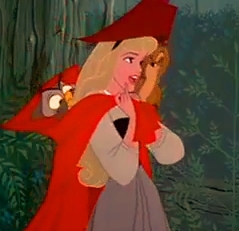 They should call her A-bore-a. Hahahahahaha. I have a comedic gift. That was so punny. Anyway, あなた snooze あなた lose and since that's exactly what she did for the majority of the film, she gets ninth spot. She seems very sweet and is extremely pretty though. She actually has one really funny moment that people seem to forget.
Phillip: When will I see あなた again?
Aurora: Oh never! Never!
Phillip: Never?
Aurora: Well, maybe someday.
Phillip: When, tomorrow?
Aurora: Oh no! This evening! 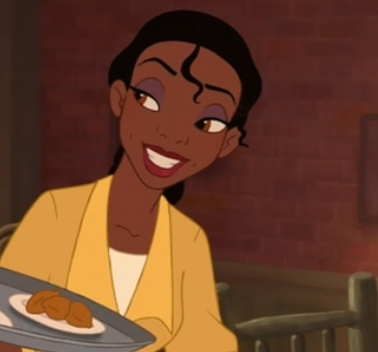 She's super cute as a kid and has an awesome solo...
continue reading... 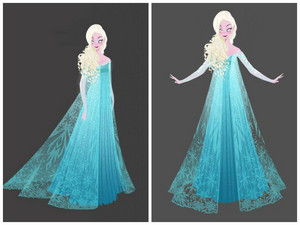 3
Elsa hair down
added by TigerRanma
Source: Brittany Lee
Getting to know shanyuisboss updated
posted by shanyuisboss
こんにちは everyone, I know I have written one of these before, but I made it way too short and simple and I made it back when I first joined and since then so many new people joined so I wanted to make an improved one. I hope あなた guys like it!

Name: Aliyah
I am happy that I got a name that is unique but easy to pronounce for people that don't have the Arab accent. I guess I'm pretty happy with my name.

Age: 18
Just graduated from high school last year. My birthday is on April fools day, which is pretty cool, but people didn't use that the right way

Nationality: Jordanian American
I am one of the few...
continue reading...
6
magnoliainmay's Favourite ディズニー Princess Ranking
posted by magnoliainmay 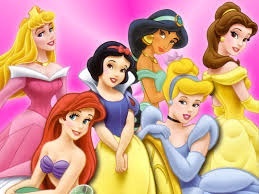 I know that this is common on this site, but I feel like my ディズニー Princess ranking is a must. Merida, Anna and Elsa are included, and I don't usually see them being include in these.
To make things clear, there are times where I like every ディズニー princess. I dislike one, am okay with two, really like four, and absolutely adore six.
I try to balance out my descriptions. I tried to talk about the characters' good qualities because I just hate it when あなた read rankings that just sound like complaints, but I had to address their flaws as well so that readers could understand my reasoning.
This...
continue reading... 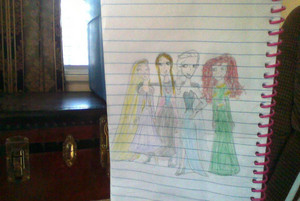 #10. Rapunzel
I can never articulate exactly what I dislike about her, so I'm going to copy and paste parts of what lepetitsouris wrote on her tumblr.

When I first walked out of the theater, I liked Rapunzel, until the final scene, but I was sure I would have her high on my list. But as I've re watched the movie, boy, has that opinion changed.
First of all, I was really irked によって the fact that everyone in the movie adored her, even the villain, even if for superficial reasons. She never had to really work for anyone's affection. She just has to sing a song about dreams,...
continue reading... 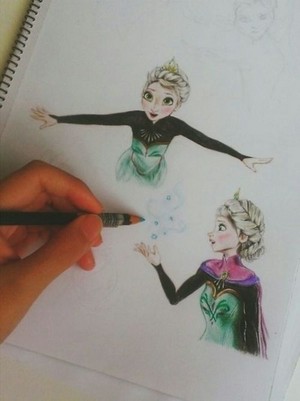 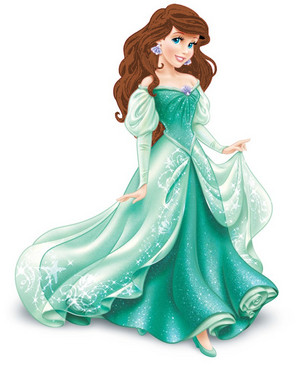 3
Ariel with brown hair
added by Elz-bels
Source: 写真 from Google. Hair によって me
6
Getting To Know dclairmont (Updated)
posted by dclairmont
こんにちは everyone! So I made one of these a couple of months ago...perhaps five I want to say, and thought that maybe I should make an updated one! So many new users have joined since then, and I thought it would be nice to have あなた guys get to know me more, so without further ado!

Where do あなた live, where do あなた hope to live, and how old are you? I live in Northern Virginia in a somewhat small town about 45 分 northwest of Washington D.C. Hopefully when I'm older I hope to 移動する to Norway because I'm OBSESSED with the language, culture, and beauty of the country! As of now I'm learning Norwegian...
continue reading...
4
Redesign review (things あなた might not have noticed)
posted by dancing_dear

So 全体, 全体的です the reaction to the princess redesign has been very positive. Minus a few cons I will discus.
I want to talk もっと見る about the subtle things the creators have put in which makes them special. So I put together this little review of the new designs
Keep in mind these are designed mostly for children's merchandise therefore yes the designs stray a bit from the original and the Colors（色） may seem too bright but these are for sales purposes. So I won't be criticizing the parts put in for sale designs
(All 画像 at the bottom) 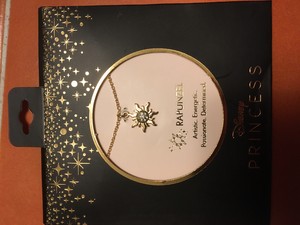 塔の上のラプンツェル Sun ネックレス
added by sunnyfields
2
POTM Why We 愛 Snow White
posted by BB2010
Sorry this is so late!


I 愛 how she just barges in and takes over the dwarfs' lives. She comes in, starts bossing them around, and runs that cottage like a business. It's freaking hilarious! XD -MaidofOrleans


Something people credit Belle a lot for that I never see them do for Snow- she doesn't care at all about appearances. She's surprised to see the Dwarfs because presumably she never has seen any before (also, she just woke up to see a bunch of strangers anyway). She doesn't laugh at them または think they're freaks for being different. And of course the hag. Snow looks past her scary appearance...
continue reading... 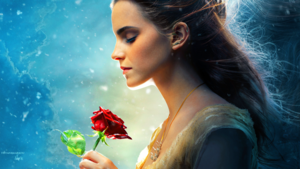 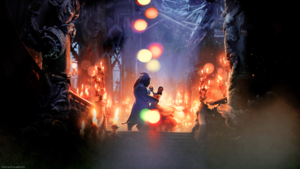 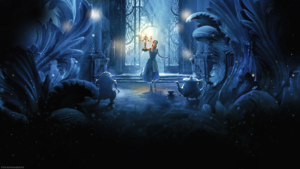 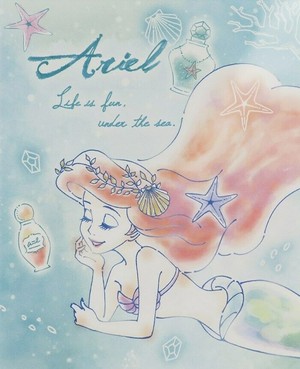