5
Dopple Crossed Chapter 10 part 2
posted by HaleyDewit
Damon raced inside the hospital, Elena tightly in his arms. A female doctor walked their way while she signed at a nurse. The nurse pushed a stretcher in their direction. While Damon lay her down, the doctor started asking some question.
“What happened?” was her most urgent question.
“She…she’s sick” Damon 発言しました trembling. “She has cancer. I took her home, but I shouldn’t have. She should’ve stayed here”
The doctor shone with a small flash light in Elena’s eyes. “Don’t worry, sir. She’s just sleeping” She looked up. “Who’s treating her?”
“I don’t know” Damon 発言しました a little sheepish.
“No problem, I’ll look it up” the doctor said. “What’s her name? Sure あなた know that?” she added with faint smile.
Damon nodded. “Elena” he said. “Elena Gilbert”
The doctor frowned her eyebrows. “As in Jeremy Gilbert?”
“Yeah, why?”
“No, nothing” the doctor said. “Just that it’s a small world…Okay, あなた can bring her back to her room and I will find her doctor. It’s probably doctor Gorden”
The nurse pushed the stretcher while Damon pointed her in the right direction. At the room Damon turned at the nurse. “You can go now”
She turned around and left. Damon lifted Elena off the stretcher and opened the door. Jeremy was sitting on the bed, but he got up to make room. As Damon carried Elena to the ベッド Jeremy tried to make the distance between him and Damon as big as possible.
“I’m really sorry” he started. Damon rotated his head to him and Jeremy saw his eyes turning red. He wanted to open the door, but Damon flashed to him and slammed the door. “What did あなた do?” he growled.
“Nothing! I didn’t do anything, I swear!” Jeremy exclaimed.
“Don’t give me that” Damon 発言しました soft, but threatening. “Everyone knows how messed up あなた are. What was it this time? XTC? Coke? Heroin?”
“I didn’t do anything” Jeremy repeated.
Damon grabbed his 襟, 首輪 and threw him against the floor.
“Damon, stop!” Elena yelled terrified. She had woken up によって all the noise. Damon ignored her, but kicked Jeremy in his stomach. Jeremy gasped and tried to crawl away, but Damon grabbed his leg and dragged him back. He pulled him up and wanted to パンチ him, but Elena climbed out of ベッド and forced herself between them.
“Get out of my way” Damon 発言しました trembling.
“Are あなた out of your mind?” Elena asked upset. “That’s my brother you’re beating up”
“You don’t understand, Elena” Damon said. “He’s the reason why あなた won’t get better”
“Okay, first of all, it’s not Jeremy’s fault” Elena 発言しました mad. “And 秒 of all, who’s to say he was my only option?”
Damon lowered his arm and his face turned human again.
“How am I supposed to see the bright side of things when you’re going to throw punches each time things don’t look very good?” Elena said.
Damon looked at Jeremy. “I’m sorry”
“You should get a doctor” Elena said. “Damon will take you” It wasn’t a question.
She shot her boyfriend a furious look and he quickly brought Jeremy away.
Delena163, RedHood591 and 3 others like this 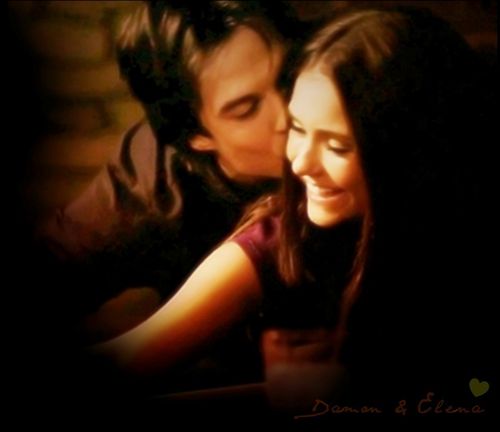 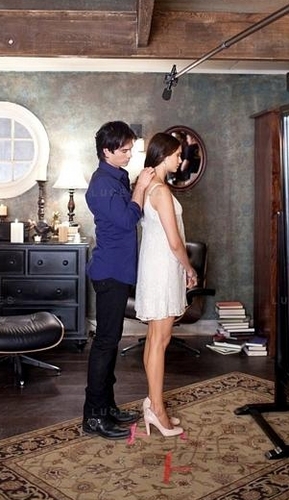 22
Behind the scenes ♥
added by _Chryso_

Chapter 1
It was quiet in his room after Elena had left him. He had hoped she would’ve 与えられた him a reaction, any reaction, even a smile, something, after he had told her he’d always choose her. Obviously, he didn’t expect an outpouring of love, but even a small hug または a キッス on the cheek would’ve been better than a...
continue reading...
The Darkest Side Of Me ch.1
posted by yasmeen40
The Darkest Side of Me
originally Written によって : SuchALittleMonster
on FanFiction.net
Something was definitely wrong. Everything was dark. Pitch black...

I managed to crawl...
continue reading...
56
50 reasons why Damon&Elena belong together.
posted by chairbuck12
Was made on the CW Lounge before it was taking over によって Bamon fans!
----

1. Elena brings out Damon's humanity
2. Elena is the ONLY female main character who hasn't been bitten によって Damon yet.
3. In the 秒 episode, Damon says that he can clearly see why Stefan is so smitten with Elena....because of course, Damon is smitten with Elena himself.
4. Damon needs someone sweet like Elena in his life to heal his broken heart.
5. Damon kisses Elena's hand when she goes to leave.
6. Elena saves Damon, and is clearly scared for him.
7. Damon is so gentle towards Elena, especially in the episode when he strokes...
continue reading...

It took me a few 秒 to completely register Damon's words and make sense of them. My stomach turned, I felt light headed and sick as I stared down at him. He was sitting up now, he crushed my stake in his hand with little to no effort. He wiped the blood from his lips and moved his fingers down to his chest. I took a few steps backwards when I noticed his wound had already healed.

In the blink of an eye he was up on his feet, he was perfectly fine. I felt the ウォール against my back, I had no where else to go. Surprisingly he didn't...
continue reading... 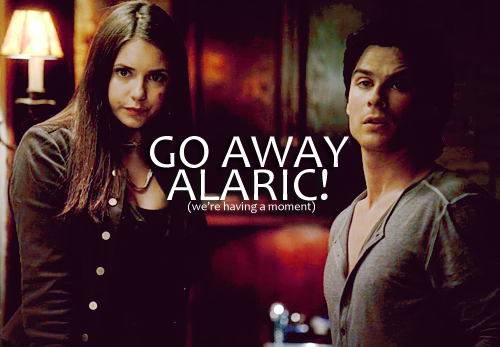 7
So True
added by bussykussi 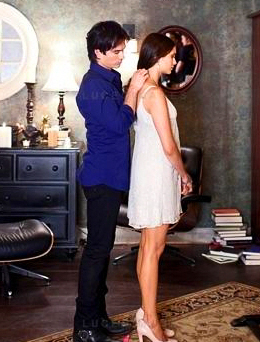 Damon Helps Elena with Her ネックレス
added by nona3 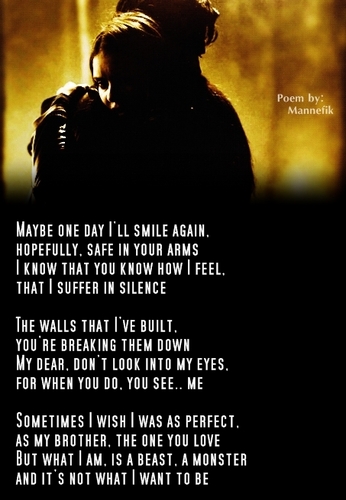