Chuck E Gets A New Look
posted by simonchipmunk89 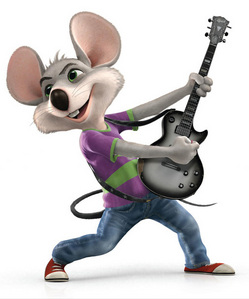 The company that operates the chain of children's ピザ restaurants is retiring the giant rodent's outdated image and the man who voiced its character for nearly two decades.

CEC Entertainment Inc. says it plans to launch a national ad campaign Thursday with a revamped image of Chuck E. Cheese as a hip, electric-guitar-playing rock star.
It's just the latest makeover for the 35-year-old mascot, which once was a New Jersey ラット who sometimes carried a cigar.

CEC Entertainment, based in Irving, Texas, is struggling to revive sales at its もっと見る than 500 ピザ restaurants, which offer games, prizes and a musical variety show. In May, CEC 発言しました revenue at its locations open at least a 年 fell 4.2 percent in the first quarter and lowered its outlook for the year.

According to ShowBizPizza.com, a Chuck E. Cheese ファン site, the man who voiced the mascot in restaurants and commercials since 1993 learned of his replacement only after coming across " Chuck's Hot New Single" online and realizing it was sung によって someone else. The ファン site late last week published a フェイスブック post によって Duncan Brannan, the mascot's former voice.

Brannan could not be reached for comment. But in the post, he writes that part of his assignment when he first took on the role was to transform Chuck E. Cheese from "a joke-telling, sometime off-color New Jersey rat" to a lovable, mainstream mouse.

He notes that there were various signs in 最近 months that suggested he was being pushed out, but that he was assured によって the company that he was still the voice of Chuck E.

The フェイスブック post was republished によって The Dallas Observer this week.

CEC Entertainment says that Brannan wasn't fired but that it simply "chose to utilize new voice talent" for its ad campaign. The company 発言しました Brannan, a freelancer, is still in contract with the company to provide entertainment in its restaurants.

The new Chuck E. Cheese that launches this week will be voiced によって Jaret Reddick, the lead singer for the pop-punk bank Bowling for Soup. The Chuck E. Cheese フェイスブック page now shows a silhouette of a cartoon マウス playing a guitar.

The first Chuck E. Cheese's ピザ Time Theatre location opened in 1977 in San Jose, Calif. According to ShowBizPizza.com, the idea for Chuck E. came from a generic mascot costume that was acquired によって the founder, Nolan Bushnell, who also co-founded Atari and Pong. Executives originally considered calling the restaurant "Rick Rat's Pizza" but a PR agency figured a ラット would be a bad mascot for a ピザ chain.

The name Chuck E. Cheese was selected because it downplayed the mascot's species and forced people to smile when they 発言しました it, according to the site. 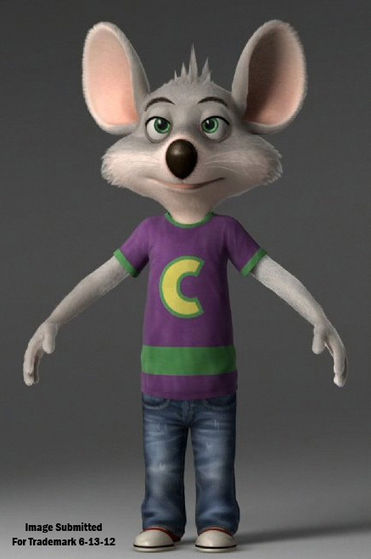 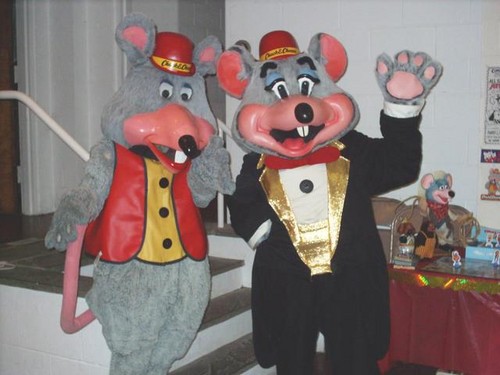 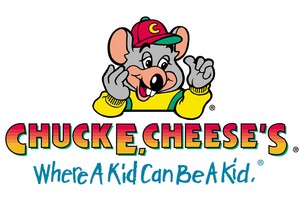 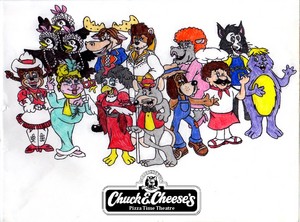 The Casts of the ピザ Time Theatre
added by dextercat 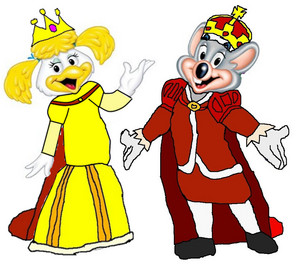 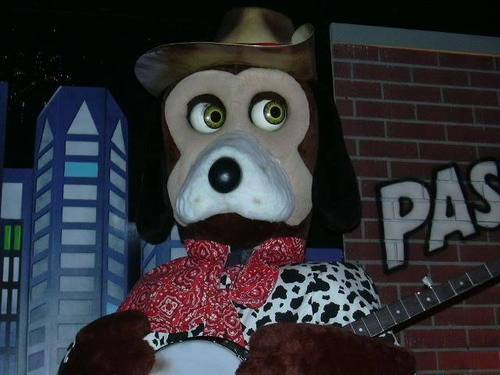 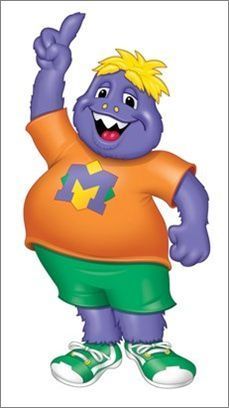 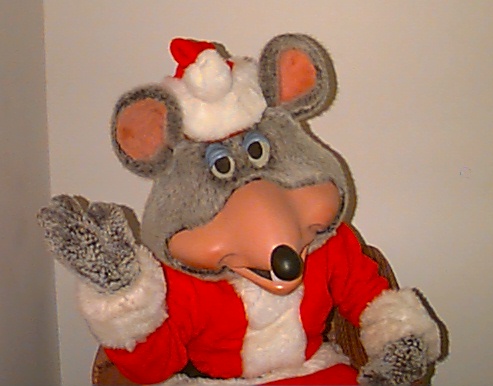 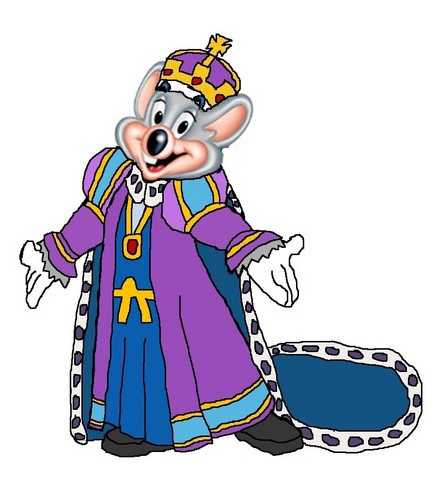 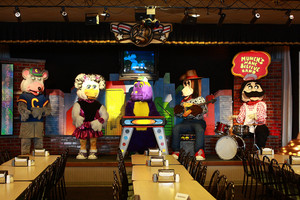 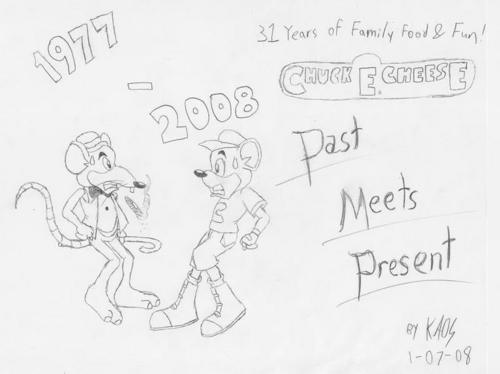 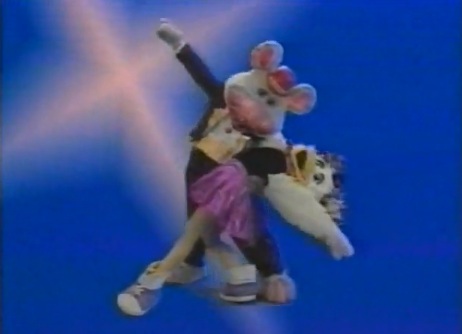 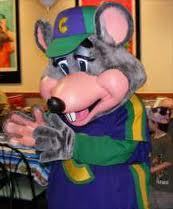 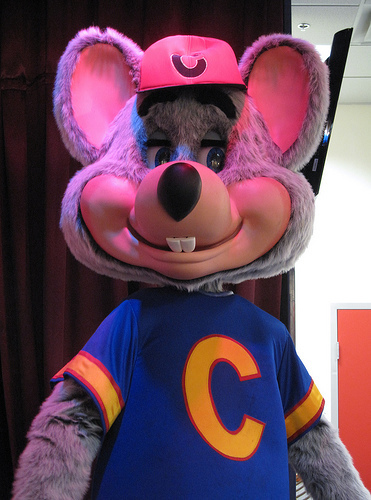 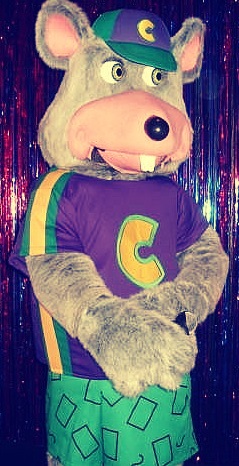 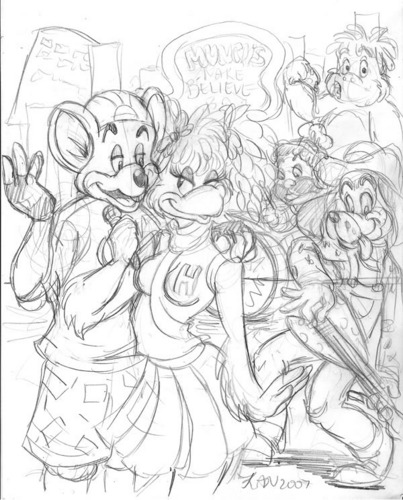 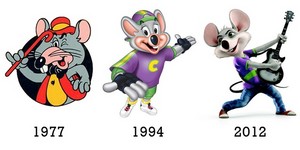 Chuck E. Cheese Over the Years
added by carol1022 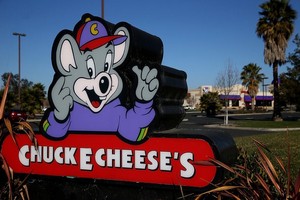 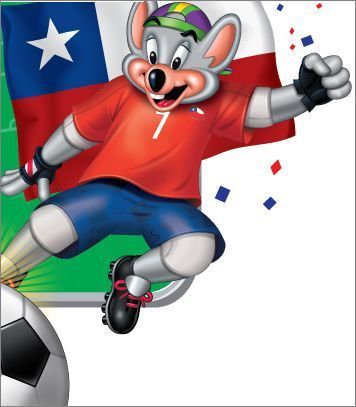 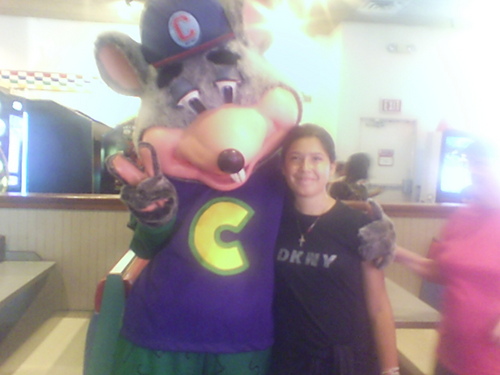