3
5.18 Review: “Con Heir” Made Us Feel Dirty–Literally /cosmiclovecb
posted by laurik2007
Because we 愛 you, we took one for the team and settled in to watch this episode of–supposedly–Gossip Girl. Before we get into actually reviewing the episode, can we just say that we’re confused as to which 表示する we’re watching since the two main characters did not share a SINGLE scene together? We’re not exaggerating — Blair and Serena failed to be in the same room at any point during 5.18. The closest thing we got to a Serena/Blair scene was Blair bitching to Humps about Serena walking into their shared magical bathroom and interrupting their terrible sex. How dare Serena use the bathroom! Doesn’t she know Blair is trying to get it in with the 愛 of her BFF’s life? Although really, what would they talk about? Would Serena give Blair pointers on how to have sex in a Brooklyn loft? This storyline is the worst, but ANYWAY. 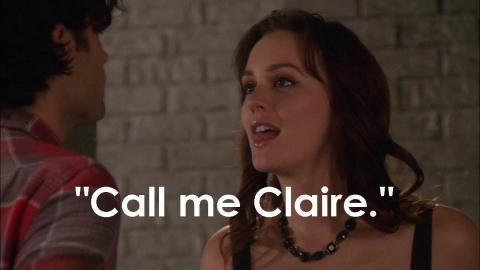 Furthermore, Chuck only had scenes with Jack ベース and as much as we loved loved loved their scenes other, we felt robbed of our token Nate/Chuck and Lily/Chuck scenes. As Dan opens up to Nate about the terrible sex between him and Blair, we started questioning Nate’s Chair shipper status. Dude, Chuck is your bestie and he’s hurting. Don’t give Lonely Boy アドバイス on how to make his failship stay afloat for two もっと見る episodes. Just. Let. It. Die. On another note, it’s funny how Blair is completely OTT OOC throughout this crap, but Dan? He’s pretty much normal. Blaming Blair for the bad sex? Real nice. And typical Humphrey-style. Guess Nate missed the memo stating that DHumps can do NO wrong.

Jack and Chuck were amazing, as usual and we cherished every 秒 of Chuck smiling. クリスマス came early for us this year! The hilarious banter between Chuck and Jack was much needed after Chuck’s seemingly never-ending episodes of heartbreak this season. We appreciate Jack’s commitment to being a positive force in Chuck’s life — someone needs to be. We swooned at his コメント to Chuck, “We’re all the family each other needs.” Maybe so, but who in fact donated blood that saved the life of The Precious? Our money is on dear old dad. While Diana may turn out to be related to Chuck, 最近 spoilers seem to point towards the return of Bart Bass. Shocked? Appalled? We were too. 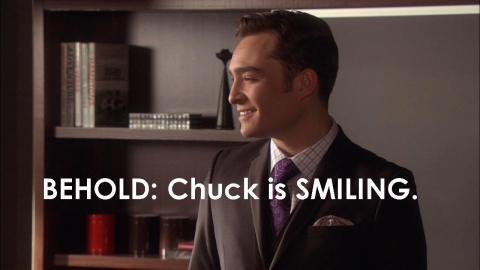 We 愛 a ベース man on a mission and watching Chuck outwit the hospital receptionist in order to access Jack’s medical records was just what the doctor ordered (no pun intended…okay, maybe just a little). We’re saddened–though not surprised–to learn that sexy Uncle Jack has Hep C, but we welcome a ベース family storyline with open arms. Especially since, あなた know, Blair is occupied slumming it in Brooklyn.

Speaking of which, onto the DB sexfest. This storyline felt awfully familiar…maybe it’s because we already saw it in episode 6.2 of Sex and the City (Note to Safran: Just because 9 years have passed doesn’t mean we’re going to forget that Dan = Jack Berger). Blair taking off her wedding ring right before attempting to sleep with Dylan Dan made her look desperate and just plain sleazy. Combined with the reemergence of the Dair fanfic in the form of Cedric, we found ourselves projectile vomiting and crying from hysterical laughter at the same time. 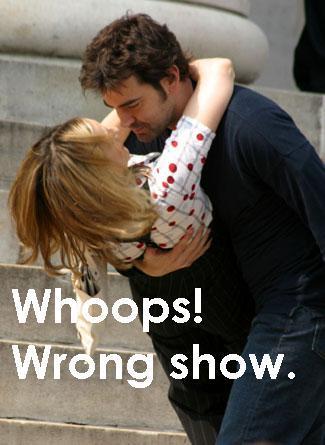 Oh how the mighty have fallen. Blair Waldorf having sex with Lonely Boy in elevators, seedy bars, and dark alleys is the epitome of rock bottom. あなた don’t go much lower than that, B. ダンプスター, ゴミ箱, 収集 sex? Really?! This scene spelled out very clearly two things we already knew to be true: 1) Dan and Blair have no sexual chemistry and are trying wayyyy too hard to make it so, and 2) This is not Blair Waldorf we’re seeing, but Claire Carlyle. This is not GG we’re watching but “Inside” — AKA the worst DB fanfic ever. At least as far as Dan and Blair go. Chuck, on the other hand, has a rather compelling storyline. Serena also appears to be coming into her own. 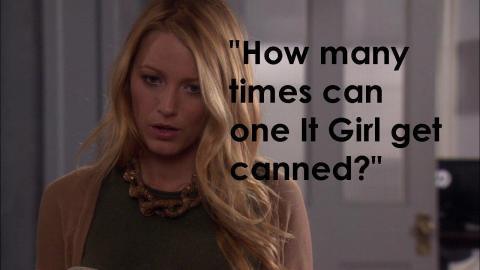 Serena having a storyline was refreshing and even though she sucked at being GG (as most people seem to *cough* here’s looking at you, Georgina *cough*), we appreciated her moxie. We’re looking フォワード, 前進, 楽しみにして to Serena’s interactions with the real GG (who is finally making a comeback!!!) and how she navigates being jobless, somewhat homeless, boyfriendless, and pretty much friendless. We’re hoping Saint Dan will be gracious enough to provide Chuck/Serena sibling scenes where, together, they can cope with the loss of Blair and perhaps form a 検索 party for her brain.

As for Nate — we can see that あなた tried, GG Writers — but he’s still the prettiest background accessory you’ve got. 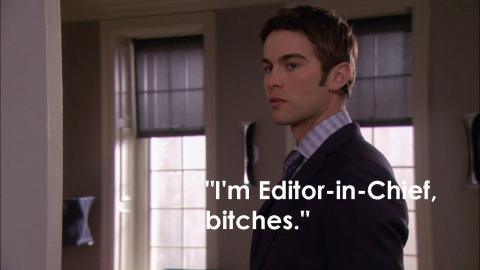 In short, this episode left a lot to be desired in nearly every aspect. We don’t find it entertaining to watch an already poorly matched couple demonstrate even further how doomed they are. We don’t feel like we are watching GG right now, because the episode seemed to make it a point to 表示する the OOCness of the characters it focused on the most. We loved Chuck bonding with his uncle, but hated how he seemed isolated from his friends. It’s such bad storytelling to have to keep DB alienated in Brooklyn. And seriously… why would we want to watch a GG where the most Blair and Serena interaction we get is them banging each other’s exes?

Upcoming episodes hold promise though. Dan and Blair can’t hide in a ダンプスター, ゴミ箱, 収集 forever. We think Blair is going to wake up sooner または later and realize that “Inside” pales in comparison to her real life. And what fresh hell awaits Chuck with this family storyline? Which of his parents do あなた think they are going to retcon in some way? あなた know it’s coming. 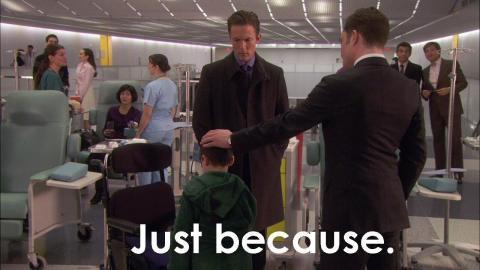 All credit goes to: cosmiclovecb.com
Martym, lauraxoxo and 1 other like this
Angelwriter I like that; Dan and Blair can't hide in a dumpster forever. Blair's going to wake up sooner or later. (I would prefer sooner). I'm kind of kicking myself for saying the episode was pretty good. It was for the Jack and Chuck parts. I listened to Nate and Serena and I muted Dan and Blair. The parts that had sound (especially Jack and Chuck) it was a good show but only because of them.
7
The GG Gods Are Smiling Down Upon Us (For Now) | cosmiclovecb
posted by laurik2007 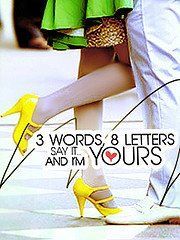 Is it true? Do our eyes deceive us? または did we just score three days of Ed and Leighton filming pics? Near and in Chuck’s limo? Oh, and that’s not all. Unless we dreamed it, weren’t there also reports of the super awesome NJBC filming…together? Jack ベース is once again gracing us with his presence? Okay, enough questions. Now we demand answers. (In case you’ve been living under a rock, あなた can see the CB filming pics link.)

From the looks of the pics and the set reports, it seems as if our beloved duo may be scheming together (be still, our classic, CANON Gossip Girl loving hearts)....
continue reading...
6
Some thoughts about last night (4x20) scene. ;)
posted by vivalavida
"The way we viewed it, I think it's very clear that Blair is not afraid in those moments, for herself. They have a volatile relationship, they always have, but I do not believe—or I should say we do not believe—that it is abuse when it's the two of them. Chuck does not try to hurt Blair. He punches the glass because he has rage, but he has never, and will never, hurt Blair. He knows it and she knows it, and I feel it's very important to know that she is not scared—if anything, she is scared for Chuck—and what he might do to himself, but she is never afraid of what he might do to her....
continue reading...
7
Gossip Girl: Blair and Chuck
posted by lozxtitchx
This is my first ファン fiction so please don't be harsh. Blair and Chuck have been dating in secret for one month, she's still with Lord Marcus, will she tell the Lord that the man she is really in 愛 with isn't him?

Blair knew what she had to do. Chuck had convinced her of this, all he wanted to do was be able to spoil her in public, but he couldn't as she was already taken, によって a Lord, how could he live up to that?

Blair knew she loved Chuck but she didn't want to hurt Marcus, but her ハート, 心 rested with Chuck, ever since he gave her the Erikkson Beamen ネックレス that he presented to her on her...
continue reading... 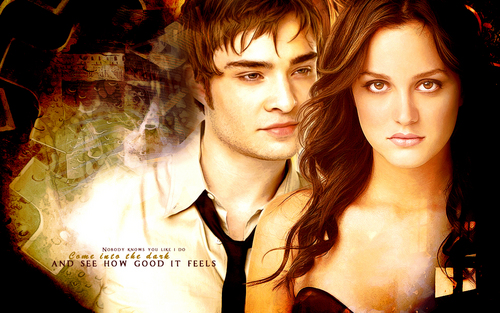 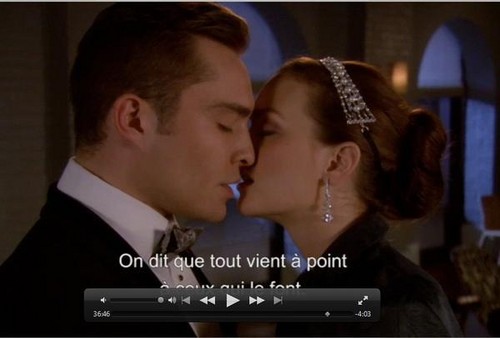 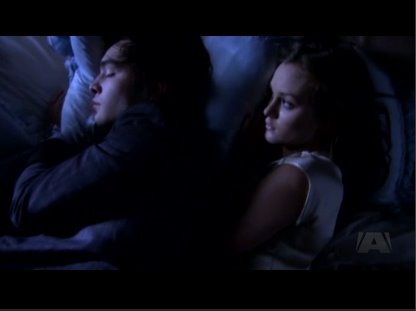 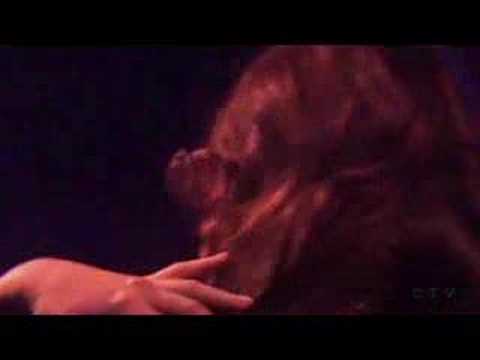