1
Aftershock part 6
posted by Mclovin_69
The three days were up and バットマン expected everyone to be over it but he had もっと見る news, バットマン called everyone down to the combat room, " i know many of あなた are still just getting over that incident but... we need all of あなた to go back in..." バットマン said, " what why!" Lucas yelled, " because あなた need to face your fear i understand its crazy " バットマン said, everyone looked at Willow unsure. Willow tried to hide her face, Flash sighed " we need to set things straight with all of you", everyone looked at Kaldur, " we shall accept this.." Kaldur said. Willow took a deep sigh how on earth would she go through this again.

Everyone layed down on their seperate tables, tears began to fill in Willows eyes as Martain Manhunter came in the middle of them. She felt a hand grab hers and looked over to Wally who was smiling at her, Martain Manhunters eyes closed and the simulation began to take action and everything went black.

" Wonderwoman above you!!" Red Tornado yelled, wonderwoman didnt turn around in time and got disinigrated. The others had gone missing and Red Tornado was the only one left. He contacted the mountain, " Tornado to cave i fear i am the only on left.. i-" Red tornado 発言しました while shooting a tornado from his hands at a ship shooting at a ship but didnt get to finish when he was zapped from behind from a beam.


" no.... there gone.. all of them..." Meagan mumbled, Kaldur turned to everyone, " we must stratigize..." Kaldur said, Robin smirked and turned on his wrist projector and a big map appeared, " we have to go to where the aliens are coming from and target that lone ship..." Robin said, " that one looks like it got lost." Superboy 発言しました pointing to a small red dot in the arctic. Andrew smirked " we will target this ship " Kaldur said. Everyone nodded.

Artemis and Willow got in position behind a bank of snow, as Meagan flew in camoflauge and snapped off the connection to the other alien ships, " connection disablied " Meagan 発言しました in mind link, Artemis shot an ARROW/アロー at the hatch to the ship blocking it off, " and there sealed inside " Artemis said, Kaldur came up from under the ice and came up on the ship and hit it, the beam turned to Kaldur and was about to shoot but 狼, オオカミ came and grabbed onto it moving it from shooting it at him, Superboy came and Wally, Becca and Robin ran to the ship " detecting pressure points to the ship" Robin 発言しました in mind link, " okay here, here and here " Robin 発言しました poinitng, Becca and Meagan hit out the beams, Superboy lifted it up and Meagan helped. The bio ship appeared out of camoflauge and Superboy set it down as Meagan got ready to attach it, The beam on the lone ship 次 to it turned to Superboy ready to shoot, but Superboy couldnt 移動する out of its way, 狼, オオカミ turned around his ears went up, it ran at the beam and pushed Superboy out of the way and disappeared, " wolf.." Meagan said, Superboy landed on his hands and feet and got up, Robin played with his wrist watch " cant find any feed back im sorry.." Robin said, Superboy turned to him glaring, " nothing we can do for him now..." Superboy mumbled. Willow thought something this was going the exact same way it did last time. Andrew, Melinda, Lucas, Joy, Blossom, Bullet and Astreous ran to the ship looking out for anymore ships, " need to decamoflauge this could take a few 分 " Meagan 発言しました as the ship turned red again and she began to attach the canon, " were not going to have a few minutes!" Robin yelled in mind link, " Ms Martain open 火災, 火 " Aqualad yelled, " cant bio ship is down!" Meagan yelled back, " we got あなた covered get inside were almost there!" Artemis yelled as Willow and her attacked the two other incoming ships, Artemis shot one down as Willow brought down another with her beams, both ships crash landed but the ship Willow hit landed in a position where the canon was pointing at them, the two ran, Meagan felt the others ship canon 移動する pointing at Artemis and Willow, " Artemis, Willow!! behind you!" Meagan shouted in mind link, the two turned around and the ship got ready to shoot its beam, Willow pushed Artemis out of the way and couldnt teleport in time, becuase it was too cold, Wally ran at superspeed and Willow turned to him " no Wally dont!" Willow screamed but was pushed out of the way again and Wally was gone, " Wally no!" Willow screamed, her head pounded her sense of mind and insanity was getting ロスト again, she tried hard to fight her subconcious mind but it was even stronger then her she could barely even figth it, she clutched her head and sank to the ground screaming as tears came.
Robin_Love likes this
robins-gfriend 0.0 WILLOW NOT AGAIN, DON'T WORRY YOU CAN DO THIS!!!!!
Skittles98 You can do this Willow! You're strong! You can do it! ~Penny, me, Gambette and Blossom
Robin_Love I got the sneak peek! Feel happy!


“What are あなた doing for Valentine's Day?” Artemis asked.
Megan looked at the only other person in the kitchen/family room center. Artemis was watching her with curious blue eyes. Megan blushed and looked back down at her bowl.
“I don't know what that is. What's a Valentine's Day?”
“Oh. It's...a 日 where あなた 表示する people how much あなた care. Most of the time it's between couples but フレンズ do it too.”
Megan nodded and started mixing again. She felt eyes on her and felt free to ask her question.
“What's a Valentine?”
“Someone または several people あなた care a...
continue reading...
1
YJ watches Teen Titans
posted by YJTTFAN
Robin walked in ton his sister Delta flipping though the TV.
"Found anything to watch?" He asked, everyone was bored. Delta put the remote down and sighed, she wore a plain white t-shirt and dark jeans.
"Nope, all the TV showes now are all stupid," She said, it was true. Delta picked up her laptop and streamed あなた tube to the TV. Robin, Megan and Artemis watched her cursor 移動する across the TV as she searched shows. The all read a few summaries.
"Look there's one called the Justice League!" she giggled
"The probably got all the details wrong," Artemis 発言しました going back to 読書 her book.
"Probably...
continue reading...
The Colours of Eclipse Part 1
posted by robins-gfriend

-GOTHAM SQUARE-
"Robin, is everything in order now?" Batman’s voice echoed down Robin's ear piece. "Don't worry everything is back in order the police are just finishing up!" 発言しました Robin, "Good I need あなた team back here ASAP I have some news, バットマン out" and their conversation ended. He turned around to see everyone was recovering from killer ice and icicle Jr’s attack. "Batman need's us back to base now he says he has news for us" informed Robin. "Yeah but batman’s type of news is just telling us bad we did!" replied Kid flash brushing snow of his shoulder...
continue reading...
Soul II
posted by justjill
I opened one eye and expected to see my usual panda ベッド sheets and beside me a pile of story 本 but instead I saw handle bars...Odd, I don't remember installing handle bars at the side of my bed. Never mind, I wake up later to ask mom...Wait a minute-I quickly shot out of ベッド and looked around. Where am I? The walls are so white, why am I in a hospital? I must get out of here. "Ouch!" I yelled I looked at the スラッシュ down my chest, it was sewed up but it still hurt."You should get some rest, but since you're up, start talking." I turned around towards the window, someone who looked quite short...
continue reading... 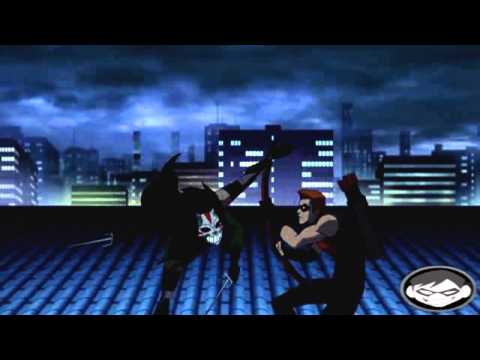 1
Roy Respectable
added by XxKFforeverXx
Just because Kim Possible was one of my お気に入り tv shows when I was little!
video
wally
ヤング・ジャスティス
roy harper
red ARROW/アロー
1
Ain't No 子犬 愛 Part 12
posted by Robin_Love

Wonder Girl
Becca walked to where Robin sat. She sat on her knees on the other side of the cage.
“Robin. I need to apologize. For all I've done. I ロスト sight of everything I loved. I allowed someone else to hold my emotions. I may never be good enough for you, but that doesn't mean あなた 愛 me any less. And I know I 愛 あなた with my whole being. I would rather fight against あなた than have to live without you. So please forgive me. And...never let me leave again.”
Becca looked up into the mask that hid Robin's eyes. Her own were filled with tears; some that she had been burying a long time. She swallowed,...
continue reading...
1
A Merry Christmas......YJ STYLE!!
posted by YJTTFAN
Superboy walked によって the hanger getting a glimpse of Robin and Ali, not wanting to interrupt but being Ali’s biological (sort of) brother. Had to listen in, for protection of course, but even with super hearing he only got bits and pieces “Yes! It works!” he heard a tiny cheer and muffled noises, did they just kiss? “Ok so here is the plan……….and then……following her DNA…….and then BANG instant….,” He revised that the only way to hear もっと見る he would have to go inside, before he could get himself to do it. Megan came up behind him.
“Connor? What’s wrong?” she asked....
continue reading... 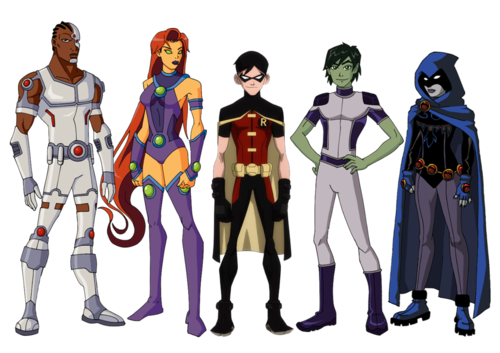 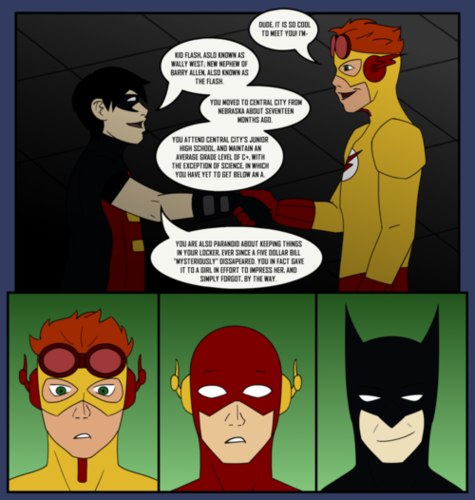