Cedrick bio
posted by godmor
This OC is baste on the 星, つ星 Wars lore's.

Age: 17 and a half, but evryone in the republic army exept his team thinks he is 18.

Wapon's: 2 blaster pistols he wears in holsters on his hipe, but his primary wapon is a blaster canon, thad also works as blaster gatling gun, he whears this conon on his back, he also have a lot of granates and acaly evry ting in a republics soldier standar ekwipand.

Amor: modified Republic armor. Buttelts and most of eats explosifs hve no efect agiens this amor.

Background:
Cedrik was a normal kid living on Naboo, when the droind army of the trade fedaration invadet his planet, when years later the Clon Wars broke out, he disides direcly to 登録する the Grand army of the republic as vanonteer, To free other worlds frome the sepratists droind army, he had to lie about his age beceas only pepol of atleas 18 would be acepted and he was 17. In the shorte time he is in serves he has fout at a lot of world and under the comand of many Jedy, thouw he presers Anakin Skywalker as a comander.
Wen he and his team (the 13 volanteer divasion) wher on trandsport, ther frigat came int a whormhole, beceas of a smal フォールド, ファウルド, 囲い in the navigation computer, beceas of thad the crast down on earth and nowe he trys to get back, to 登録する the fichgt agien. 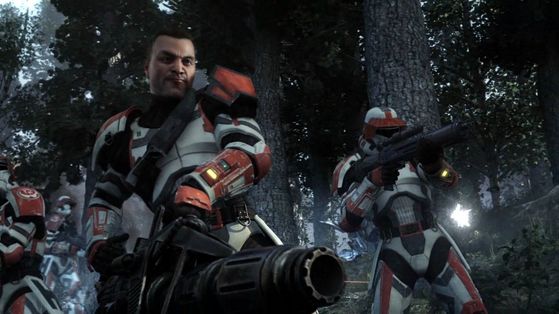 Eclipse-YJ Cool :D the force is strong with this one ;)
godmor No it is not, he is just a simpel trooper, he can feel it somtimes thouw he does not realies it.
BloodyMascara_ AWESOME SAUCE.
1
Should've seen this...
posted by XxKFforeverXx 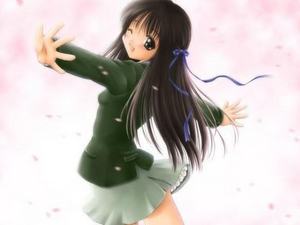 Name: Alexis "Lexi" Adams
Alias: None....so far!
Powers/skills:
-Flight (wings!)
-abnormal strength like her father,
-gained Fang diseappearing act, only when Lexi moves she's still completely invisible.
-super senses
-Can only control one element, wind. And she only uses to push herself along when she's too lazy to fly.
Past: Alexis was kidnapped at the age of 3 によって the School. Only this time, it was different. Instead of keeping her in the United States, they shipped her to Germany, holding her hostage in Itex. At the age of 6, Alexis gained enough strength to break free, and setting free the other experiments along with herself.
Other: -Lexi, is a MAJOR mommy's girl.
-May look like Fang, but she acts like Devin.
-Youngest of all the kids. によって 7 または 8 years.
-Easy to set off temper, but she hides it extremly well.
-She's extremly happy and cheerful.
-PLEASE DON'T give her sugar. She'll bounce off the walls. 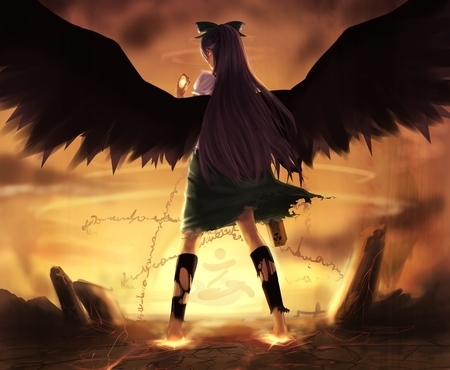 Harley walked along side of Skylar's 狼, オオカミ forma s they walked through the forest. Harley smiled, "the poor 狼, オオカミ didn't even see it coming." Skylar smiled, "yeah i know." Suddenly Skylar's ear twitched to a side. "Did あなた hear that?" he asked. Harley looked around and took a deep breath. Her body froze and went rigid. the scent was too familiar.
Skylar sniffed the air. He knew the scent too, bu the couldn't place it. Some thing shifted near them, to their right. Skylar swiveled around to face...
continue reading...
4
Sedation and Seduction **COLLAB with robinluv14**
posted by AislingYJ

OOC: This is a one-shot that me and robinluv14 wrote together. We were really bored so this is kind of insane. Like really insane. It’s really random, and not on the timeline of our other stories または the rest of the wall. Which is why Fin is alive and Delta isn’t a traitor and all that. Well we wrote most of this before the Delta thing. We were just too lazy to finish it and post it.....Well I’m rambling, as usual, so here. Read. If あなた dare.

The sun had set, and gray dusk had overtaken Happy Harbor. Most of the team was piled in the cave, in the lounge, the kitchen, または in their respective...
continue reading...
2
SEEKER プロフィール
posted by seekerYJ 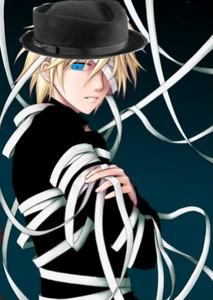 All the info I can give あなた guys without completely spoiling TIB.

Personality: cynical, independent, good at keeping his emotions in check, slightly detached, all together soldier-like 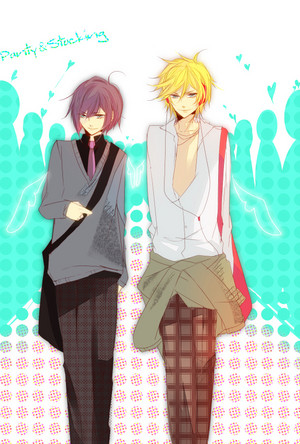 “Oh my god are あなた okay?” A voice in the distance yelled, getting louder the closer it came. It sounded familiar. The girl looked to the direction of the sound, but could only see blurry shapes. The Colors（色） were dark and saturated because it seemed to be the middle of the night. She tried to get up, but that just resulted in her falling back down. Water. There was water where she was laying. Quite shallow as well, any higher she could have drown. Two feet came beside her, knowing there were feet によって the shape and splash they had in the water. Blinking a few times, she could almost...
continue reading... 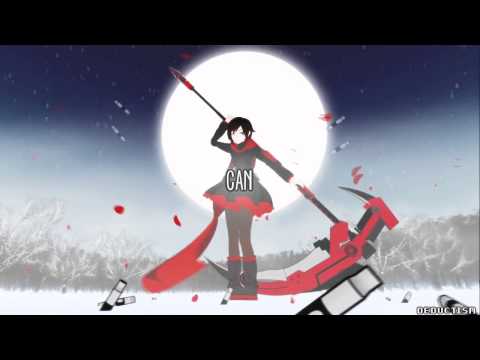 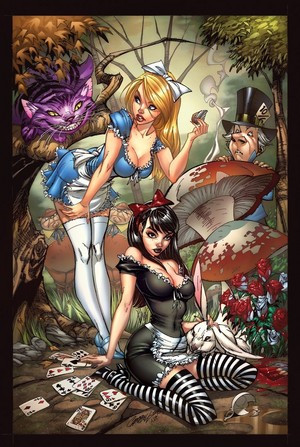 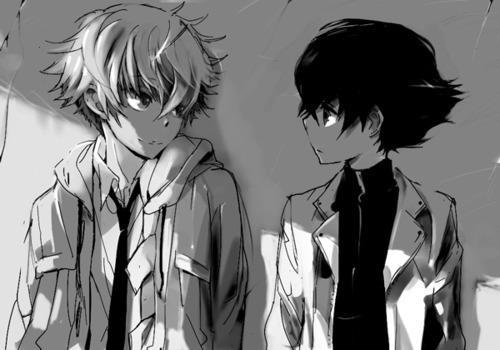 Ciel and Jaime
added by XxKFforeverXx

Some people can't hold their ARSENIC.

You want to know why I left? Yes?

2.) I didn't feel welcome anymore. Thanks to a few certain people.

5.) ALL THE FLIPPING BULLYING. あなた KNOW WHO あなた ARE.

6.) All the blasted cliques and drama.

8.) One person done one thing, "Oh. Okay, that's cool." Another person does. "OH ジーザス NO. GET RID OF IT BEFORE IT REPRODUCES....
continue reading...
4
Dear Young Justice Roleplayers...
posted by ArtemisYJ
Well hello,
ArtemisYJ's RPer here. And I have some things I wanna say. The Young Justice role playing is kind-a....BONKAS.
My character Artemis got pregnant. 次 thing I know 3 other people are pregnant. NOT cool. あなた can come up with your own drama. Don't copy other people. Use your own imagination.
Another thing that's not cool is spamming the wall. あなた don't need to post on that ウォール every other hour. I do notice a particular person that posts far to frequently and it gets annoying when the posts are pretty much the same thing over and over and over and over again.
Another thing. Your...
continue reading...
8
My Total OCD Moment About All The OC's
posted by KatRox1
Okay, I'm having one of those moments again. The kind where I get all depressed about Mercy becoming evil (because I really didn't want her to!) and about how there are WAY to many OC's! Not pointing fingers at anyone, because I'm doing it too, but seriously! If あなた want to make an OC, could あなた PLEASE just write an 記事 about them first? We need some idea about them first!
That's why I won't be RP-ing at all until I can actually WRITE a story for Casey! I suggest a lot of あなた guys do that, saying that some people don't even put up a bio for their character!
One もっと見る point, PLEASE refrain...
continue reading... 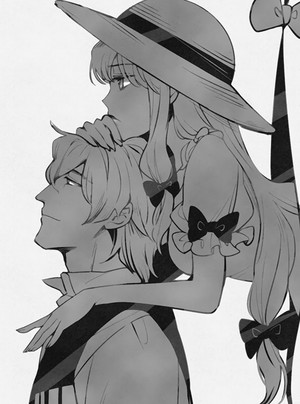 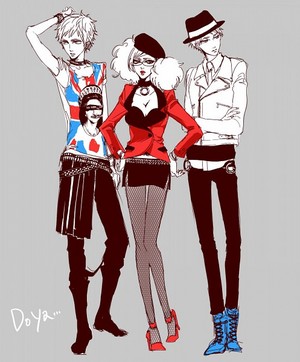 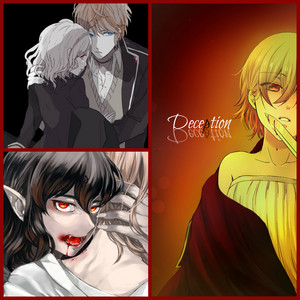 1
Can I Please...?
added by DiscordYJ
Source: Zerochan.. and PicMonkey 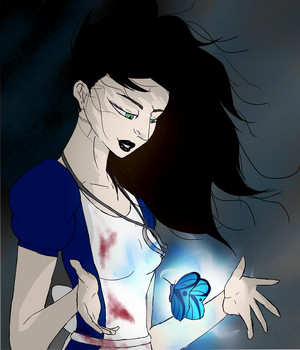 I'm. Not. Mad.
added by DiscordYJ
Source: me. 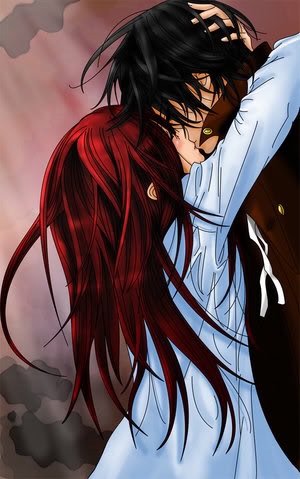 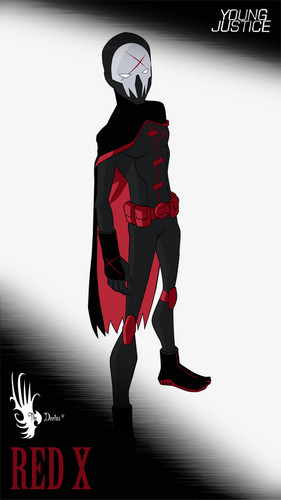 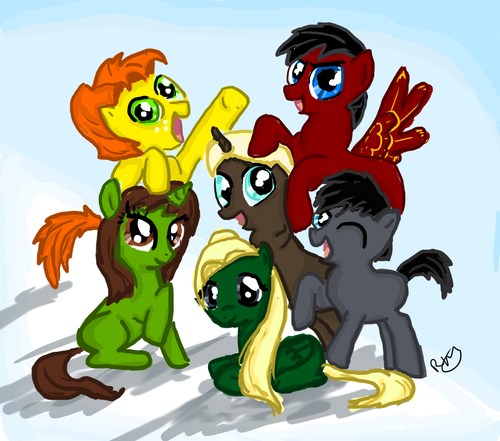