“I’m glad あなた accept.” Helia 発言しました as he swung me around then set me back down on the ground.
“How’d あなた think about doing that.” I asked while looking back up at him.
“I...actually came up with the idea.” Janessa 発言しました while rubbing her head.
“Really?”
“The time that Icy started irritating your relationship she tore あなた guys apart,” She said
I remember what happened after the incident at the mall and how I snapped at him.
“You two getting remarried would be perfect to start new and put all of that stuff behind you.” She said. I walked over and hugged her.
“Thank you.” I said.
“Don’t mention it.”
“We should all start planning tomorrow for now I think we should celebrate Flora being back with us, and the return of Helia and Stormy.” Brandon suggested.
“Agreed!” We all 発言しました in unision.

They all decided to tidy up the palace, while Icy was there she tossed some things around and left the place a mess. Then after that they had some free time and decided to play some board games. Flora was sitting 次 to her husband leaning on his shoulder. She looked at him in the eyes and noticed something. His eyes weren’t the beautiful they usually were, now they were a smoky grey. She ignored it. They were all having fun, why ruin it? Stella gave Stormy a new wardrobe and a makeover so she herself could start fresh and Flora welcomed her and Janessa to stay in the palace with them and they happily accepted. And they were all happy things were back to the way they were before and Icy wouldn’t mess with them again.
They eventually all got ready for ベッド and went to sleep. Helia fell asleep with Flora the same way they did the 日 before Flora left 9 months ago.

Someone started shaking me and I tried to ignore them before they slapped me hard and I whipped my head at them. It was Janessa.
“What’re あなた doing?” I asked.
“It’s important.” She whispered.
I look at her and she seriously looked concerned about something so I get up and make sure not to make too much noise and we went out on the balcony.
“What is it?” I whisper.
“Did Icy spell あなた または something, while Flora was gone?” She asked.
“I dunno, but she spelled me before Flora left. Why?”
“Because it sure as hell shows.” She 発言しました while handing me a mirror.
I look in the mirror and I see that my eyes were grey and my hair was grey and had a smoke appearance.
“Please tell me あなた told her about this.” She asked.
I shook my head.
She walked over and hit me on my shoulder.
“How could あなた not have told her?! You’ve been together for what? 5, 6 years?” She yelled.
“Shhhhh” I warn.
“I’m sorry, but によって now あなた should have told her this によって now.” She said.
“I know,” I sigh.
Silence passes.
“Do あなた want to tell her now?”
“Might as well.”
Janessa walked back in to wake Flora up and bring her outside.

Janessa came over and woke me up and waved me to come outside on the balcony. I followed her and saw Helia outside. I immediately noticed something different in his appearance.
“I have something I need to tell you.” He 発言しました while sitting down in one of the chairs.
I sat down 次 to him and Janessa leaned against a wall.
He held both of my hands in his
“Look into my eyes.” He asked. I looked into them and saw how the moons light reflected off of them so beautifully.
“I hope あなた won’t look at me any differently then now because I 愛 you, with all my heart.” He said.
“I 愛 あなた too.” I say back.
He sighed.
“Janessa and I were… both born with a curse that no one knew about at first.” He looked over at Janessa.
“We were both born as enemras. Which are creatures of smoke and vapour.” She said.
“We didn’t find out until I was both 10 and she was 12, we found out at an awful time.”
He started start to tear up and Janessa came over and rubbed his back with tears in her eyes as well.
“We couldn’t do a thing about it.” He sobbed.
I was scared to think of what could’ve happened.
“We were making smore’s and us being close to the 火災, 火 made it grow bigger but no one noticed until it got to our parents when they went to go put it out. There was nothing we could do. Our grandparents had finally realized we were cursed kids and I was mad no one told us before. They told us we could use our powers for fighting. They actually forced Janessa to go but I ran away, which is why I was a pacifist. And as I got older it showed もっと見る through my appearance like it is now. When I met Krystal she helped me get my normal appearance back and that’s why we became friends. Whatever Icy did to me before あなた left must’ve broken her spell. And is why I look the way I do now.”
I nod my head.
“And that’s why I was a little frightened to see Janessa earlier, in fear that somehow it would’ve happened to you.”
His story made me tear up too. That must be why he never talked about her sister または his past at all. It’s so sad. I never would’ve expected him to have such a tragic past. I hugged him tightly then I looked him in the eyes.
“Helia, I don’t care what または who あなた または your sister are. I will still 愛 あなた with every ounce of my body.” I say.
“That’s why あなた were worth fighting for. I 愛 you.” He 発言しました before we kissed.
“I 愛 あなた too.” I said.
“And I’m sure I can use some of my magic to turn あなた back.” I added.
He smiled at me before I did the spell and just like that he was back to his old appearance.
“Thank あなた Flora.” He said.
Janessa yawned.
“We should get back to bed, there is lot’s of planning to be done tomorrow.” Janessa 発言しました before opening the door.
We all went in, and went back to sleep.

They all woke up and started planning for the wedding for Flora and Helia.
Stella started designing.
Flora, Helia, and Janessa did the invitations.
The adoptive and biological parents looked for a location.
Ryan, Calypso, Shawna, and the rest helped where they were needed.
After Helia, Flora, and Janessa finished the invitations they went off to do different things. Flora went to critique Stella’s designs and dragged Janessa along with him. Helia decided he would go outside and work on his own little surprise for Flora to be 発言しました at the reception.

The actual wedding went as smooth as the first one. It was the reception that would go differently. We were sitting at the 表, テーブル talking to each other looking out to everyone before I thought it was time to say what I wanted to say. I was a bit nervous because I thought it was cheesy, but I still wanted to say it. I had too. I poured my ハート, 心 and soul into this speech, there was no going back on this now. I stood up and everyone almost immediately stopped talking and looked up at me. I took a deep breath.
“Good afternoon.”
“Good afternoon.” they all 発言しました back.
“It’s uh...It’s been a long 9 months for some of us. And I wanted to say something for Flora” I say while looking down at her. She stood up and we looked at each other. I held her hands in mine and looked her in her eyes. Musa started playing on on the ピアノ and all eyes were on us.
“When Icy forced あなた to leave the palace I...I didn’t know what I would do. My life without あなた in it would be nothing. The 日 あなた left and she spelled me and I went out I was sad I didn’t get to say goodbye to あなた again. But when あなた kissed me and I opened my eyes and I saw yours right in front of me I was happy. When あなた 発言しました あなた would always find me I felt our connection grow stronger and I never want to come close to losing あなた again, または vice versa. I 愛 あなた Flora, with all of my ハート, 心 and that will never change.” I finished right before we kissed again. Everyone applauded. I knew this time, nothing would get in the way of our relationship again.

And nothing did get in the way of their relationship. If anything, Icy made their relationship stronger than ever. And that was something Flora and Helia would thank Icy for. Stormy and Tecna bonded and Stormy was 与えられた a chance to redeem herself and she remained on the side of good and they all started calling her によって her real name, Cristabel. Flora and Helia had decided to have a baby. And of course since it was a girl, they named her Miele. 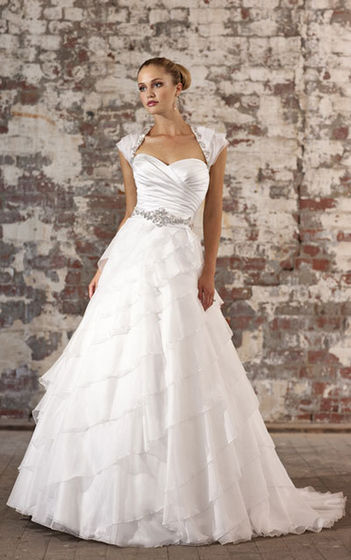 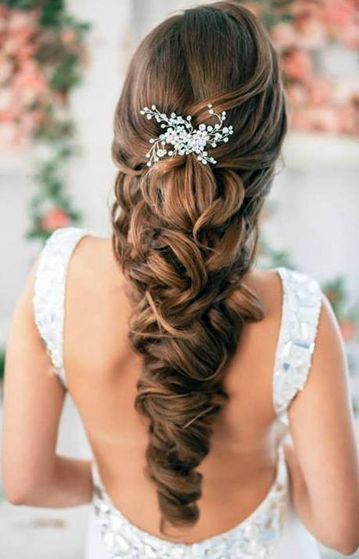 Flora's Hair
doomkittycd and Princess-Flora like this
XxLalasaysxX I hope you guys loved this story. I had soooo many last minute debates on what the ending should be, and this is the one I went with. Thank you all who took the time to read this story. As for my next story The Greatest Danger I don’t know when exactly I’ll start just because I want to pre write more chapters before I officially start it. And yaaaa leave suggestions as your feedback is always appreciated by me and of courseeeeeee stay smuggy, and awesome ;)
Princess-Flora I absolutely love it and the ending was so sweet, defiantly your best story
WinxClub_Stella AWWWWW that was so cute and a great finale :')
XxLalasaysxX Thank you guys :P
Roro_Love AWW AWW AWW AWW AWW AWW AWW AW AWWWWWWWWWWWWWWWWWWWWWWW!!!!! I love it! it's ad♥rableeee!!!!! It's defiantly my absolute FAVORITE CHAPTER EVERRRRR!!!!!!!!! 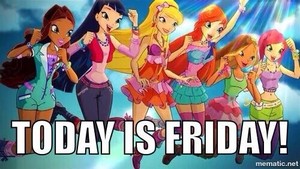 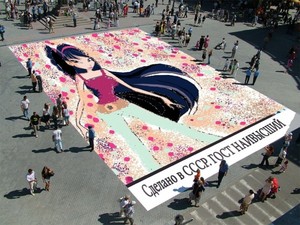 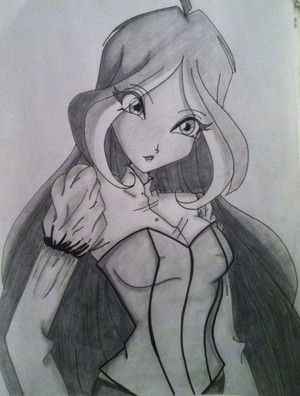 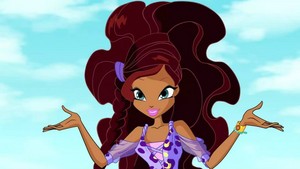 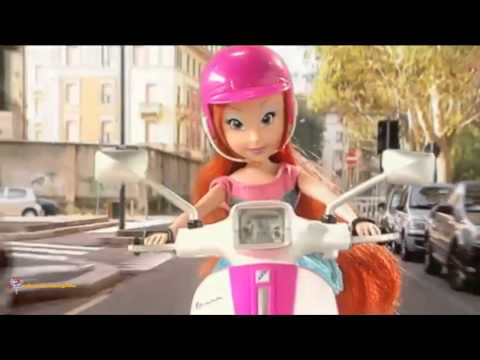