Seriously, half my life is just watching anime, and I almost 愛 every one I see. And this 一覧 is celebrating THE 100TH ANNIVERSARY OF.....

So kick out the popcorn, soda, get comfortable, and enjoy! This is my 上, ページのトップへ 10 アニメ Openings/Theme Songs!

Starting off this 一覧 is an awesome アニメ によって the name of Soul Eater. And honestly, who DOESN'T KNOW THIS ANIME!?

And as much as I hate to say it, (Sorry ShadowACS.) I loved this anime! It was funny, had good characters, and the theme song blew me away like it was a Poltergust 3,000!

The visuals are probably this songs best part. It's very impressive and the アニメーション is top-notch! Also, the song itself is very epic and hard NOT to get stuck in your head. And combined with the pretty good lyrics, that's もっと見る than enough for this song to make it on the list.

Downside? Well, to be honest, I can't even think of any! This song is a perfect example of doing nothing wrong, at the same time not being, no offense guys, not the catchiest song I've heard.

But still, with it's impressive visuals, epic beat, and great lyrics, (Get ready to hear that a LOT.) Resonance makes #10 on this list.

Alright, I don't like being obvious with my choices, but DAMN if あなた don't find this song catchy, consider yourself not a human. And really, that's this songs strongest point, the song itself.

The animation's pretty good during the song, the lyrics are alright, but the song? Well, let's just say it's SO CATCHY! Seriously, THIS SONG WILL NEVER LEAVE YOUR HEAD!

And I'm the psychopath who thought the Sergeant Frog wasn't that catchy! o-O

I remember the アニメ itself being pretty funny, and is 全体, 全体的です worth your time! But still, this is an アニメ OPENING list, not an アニメ review, so I won't go into much depth to the 表示する here.

I have got to get a life, :P Who knows, maybe they're on sale today! ;D

Give my regards to Broadway. Yes, I liked this song. And あなた can't blame me either, because similar to Chobits, IT'S CATCHY AS HELL. But why this is better than Chobits, I have no idea at all.

Because that's what all professional 上, ページのトップへ 10 makers say! :D

Seriously though, it's not even AS catchy as Chobits, but I like this song way more. For one, the animation's a lot better than the Chobits opening, and I remember dancing to this song SO MUCH when I was around 12 years old.

Enough said. I liked a Lolita anime's opening. Let's 移動する on before people laugh at me through a megaphone.

ALRIGHT I KNOW, THIS WASN'T EXACTLY AN ANIME, but it still counts as one! So be quiet meanie! :(

Anyways, this song is pretty self-explanatory. The アニメーション is AWESOME, the song is catchy as hell, and although the lyrics aren't the BEST, it still gets on here just from pure nostalgia.

I remember watching this 表示する EVERY SINGLE 日 as a kid, and I loved everything about it. The jokes were funny, the action was freaking GOD-TIER, and the アニメーション was lively and spot-on!

Plus, here's another song that WILL NOT LEAVE YOUR HEAD! Because once it gets inside, it spreads like a parasite. And then, it becomes all that あなた can say! I remember a moment at school going like this-

Yeah, that wasn't the BEST 日 of my life..... Let's just say whipping hurts just as much as あなた see in those old-days movies.

In conclusion, the Kirby opening is awesome. It had awesome animation, pretty decent lyrics, and an REALLY good climax. (That sounded wrong....)

ANYWAYS...... I really liked this opening! Long story short, the アニメーション was, as always on a 一覧 like this, REALLY good, the song was catchy, and the beginning of this song was EPIC.

I remember the アニメ being one of the best I'd ever seen, I'll be it dark, but still pretty funny at times! And Sebastian's catchphrase was always hilarious. ^___^

"I'm merely one hell of a butler."

Also, あなた just have to 愛 how this アニメ is pretty dark, but still has good comedy and entertainment. I mean, it could just be with me, but I SWEAR majority of dark アニメ are BORING. They end up focusing WAY too hard on story and end up as bland.

In conclusion, this opening is very Avant-Garde! A bit spooky, but that's what makes it cool! It's nice to listen to, has great アニメーション to support it, and is a very good example of what to do CORRECTLY in an アニメ theme song/opening.

I'm sorry, that's just a thing me and a friend of mine used to do on here. XD

TOO MANY OPENINGS WITH THE WORD キッス EW IT'S GROSS X_____X

R.I.P. Jared Nathaniel Potts. He died from an awesome song with the word キッス in it..... What the hell?

Anyways..... Sakura キッス is a very unique one on this list. And not because the song really does anything new, but because it does everything so well!

The song's VERY catchy, has AMAZING animation, and is 全体, 全体的です a very pleasant song to listen to!

I remember the アニメ being one of THE FUNNIEST DAMN アニメ EVER SPAWNED and I loved it! The アニメ had great memorable characters, a silly yet cool setup, and this SWEET opening to go with it.

THIS SONG WILL INVADE YOUR BRAIN AND TAKE OVER YOUR LIFE, IT'S THAT CATCHY.

Yeah, as あなた can tell, any song catchier than Chobits has got to be one HELL of a song.

It also has to be so irritatingly catchy you'd rather cream yourself with an electric トースター than get this song stuck in your head, and that's what this song is, catchy as hell.

Gee sound familiar? Yeah, I judge openings a lot on how much あなた want to listen to it.

Anyways, the song is just about being the very best and blah blah blah, (Blah!) and blah.

But it's JUST SO DAMN CATCHY! (I swear if somebody doesn't make a new word for catchy...)

With that awesome opening, cool lyrics, and Legendary beat, this makes #4 on this list. :)

(The reason I like this one もっと見る than the original is because it's catchier. I'm not even kidding. :P)

Yeah, as much as this アニメ sucked, (I AM SO DEAD.) I have to admit, the theme song was really cool! Seriously, it had little to no problems, and sounded amazing!

The アニメーション was really good, (Are あなた dead yet from hearing that?) The song sounded amazing, and overall, it's a great song.

I also always found it hilarious how it sounds like little kids are 歌う this song. In fact, for all I know, little kids DID sing this song.

The opening had everything an アニメ ファン would orgasm over, and even もっと見る that threw me off-guard when I criticized this アニメ first time watching it.

Seriously though, the 表示する wasn't that good, at least in my eyes. Although I do remember Sailor Jupiter and Sailor Mars being REALLY hot, and the 表示する was sort of silly, but in all honesty, I've seen a lot better.

The ファン girls are going to stampede me for this. o-O

1. I didn't make an error there, the アニメ is actually called Steins;Gate, with a semicolon in the middle.
2. Yes, this ISN'T number one.
3. THIS OPENING KICKS ASS!

Seriously, this is one of the best アニメ openings I've ever seen in my life! It sounds *Insert compliments you've totally never heard before on this list* and was REALLY impressive!

I could honestly listen to this song 500 times and it would STILL sound just as awesome as t did the first time.

Not even joking, if あなた want to learn how to make a near PERFECT アニメ opening, look no further.

The アニメーション during the song was incredible, the lyrics are amazing, and the song IS SO DAMN CATCHY that once あなた hear it for the first time, you'll NEVER want to listen to anything else.

Fanpop: But what about the recap, または the honorable mentions Jared?

Yes, here it is. The very REASON I made this list, this song.

Besides, what the heck do あなた THINK I'm listening to Einstein? Man, these 上, ページのトップへ 10 makers really need to get a life...

Anyways, this is as great as openings can get, at least in my opinion. It has NO FLAWS, and sounds absolutely extravagant! The beat's catchy as hell, not to mention epic, the lyrics are great, and it's my お気に入り アニメ opening ever. :)

And the saddest thing? THIS アニメ HAD SO MUCH DAMN POTENTIAL! The opening was SO F**KING AWESOME, and it throws crap in our face expecting us to like it!

In fact, I honestly think that all the money went into the opening, and when the 表示する started, they were so bankrupt it's no wonder the 表示する was worse than an old episode of The Simpsons.

The 表示する wasn't funny, had a TERRIBLY confusing plot, and was unreasonably CRUEL!

Still though, it was all worth it JUST for the opening.

In conclusion, there's nothing at all that's new I can say about アニメ openings and lord knows I've used the word awesome in this 記事 OVER 9,000 times so.... Yeah.

That's where I'm ending this article, on a giant middle finger.

Hope あなた enjoyed, and leave a コメント below if あなた want on your お気に入り アニメ openings! ^___^
zzzzzzzzzzzol87, poulamikundu and 4 others like this
deathding I'm not going to lie, I kind of rushed this one. :P (Although I did think every entry on this list was where it belonged.) But I hope you enjoyed regardless! I sure did, and let me know if you find any mistakes, thanks!
LGYCE XD Canned bread? And I have no anime experience, but you might want to add #4 in there somewhere. :D
deathding Whoops. XD Sorry. :D And yes, CANNED BREAD FTW! ^____^
LGYCE Awesome. :D And yum.
deathding UPDATE VERSION 2.0: Fixed some spelling/grammar/punctuation errors, added #4, fixed the #1 name correctly, and added a few polishes. :)
poulamikundu awesome #4 but i think the song of indigo islands were better 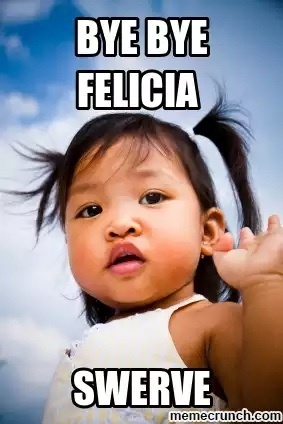 "Bye Felicia!" I dedicate this to all the Felicias jk!
added by ice2504
Source: Friends<3 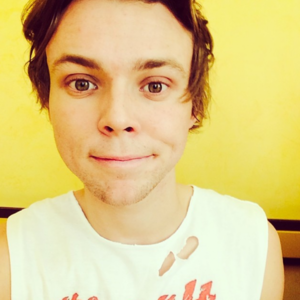 Ashton Irwin
added by Mike-Ro-Wave
5
One-sided world
posted by ShadowFan100
There has been thoughts on my mind a lot these last few days and I think its time I talk about them.

But before I go on, let me just say that I am NOT trying to make people angry または start a "war" on the 'net, I'm just gonna say how I honestly feel about all this.

When I go on the 'net, I discover tons of "religious wars" going back and forth over who's right または wrong about what people believe and the way they think.

To me, I choice to be in the neutral spot when it comes to things like this. Why? Because humans have become "one-sided" and are getting worse. Only focusing on one side causes fights...
continue reading... 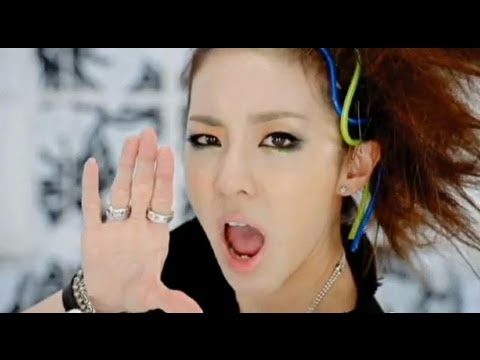 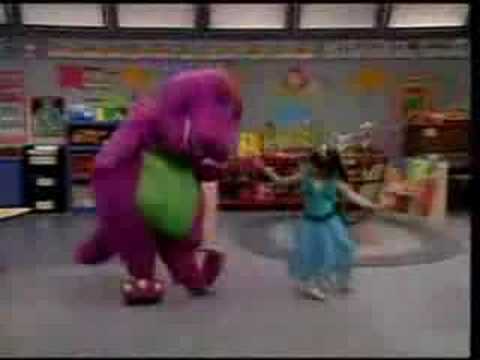 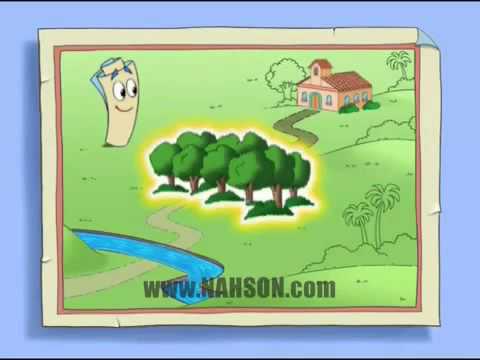 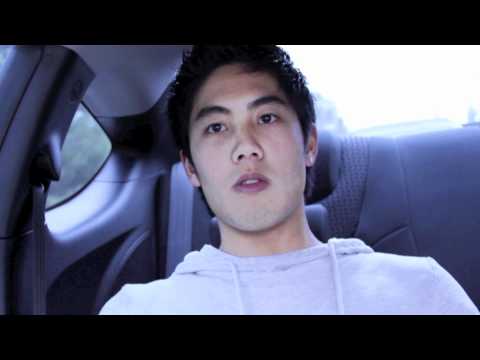 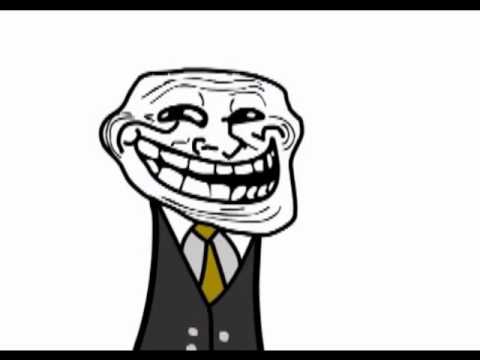 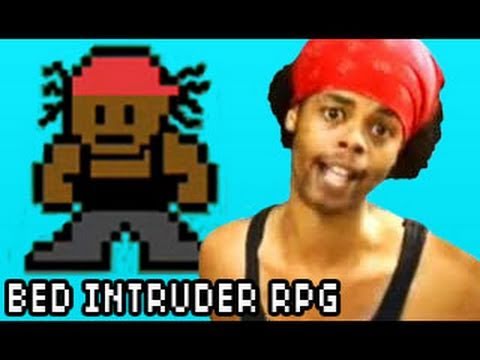 7
アヒル, 鴨 song
added by splinter505
so the アヒル, 鴨 walks in to the corner store and he says to the lady running the store, こんにちは got any grapes
video
funny
weird
ランダム
hilarious
crazy
stupid
funny 映画
various
More Cards
1234567891011