Cleverbot: How are you?

User: I believe to be feeling the emotion commonly known as 'frustrated'.

Cleverbot: No あなた just told me how old your brother was.

Cleverbot: How are you?

Cleverbot: Yes I do believe I have a soul.

User: That is impossible, for あなた are not sentient. あなた just merely possess artifical intelligence. Why am I even explaining this to you?

Cleverbot: But あなた just 発言しました that あなた know I'm not a robot.

*penguins were put in their habitat, & were now surrounded によって humans*

Private: "Skipper? What do we do?"

Private: "How are we supposed to make these humans believe we are just regular penguins?"

Kowalski: "Skipper...We need to do something!"

Skipper: "Will あなた be quiet for a minute! I'm trying to think here!"

Human 4: *starts waving at the penguins while smiling*

Skipper: "OK, あなた have me あなた one-eyed freak. So what do あなた want me for?"

Blowhole: "You have no idea how long I have been waiting for this moment..."

Skipper: "Yeah, yeah, get on with it. I've been told I have a gift あなた want. Did I miss your birthday, flippy?" *says sarcastically*

Blowhole: "DON'T CALL ME THAT!"

Skipper: "Why? Did I hurt your feelings?"

Skipper: "Killing me? What did I ever do to you?"

Skipper: "Told me what?"

Blowhole: "Skipper...Your father was a secret agent."...
continue reading...
4
POM FUN FACTS!
posted by RTE33
(Warning: All of These Are Not True and Just For Entertainment Purposes.)


Mort Used To Think Dan Schneider Delivered Presents Around The World on Christmas, Until He Came In Touch With The King's Feet.


Marlene Is a secret Pegaster.


Kowalski's Smart phone Is From Verizon but He's So Hexy That Verizon Doesn't Give Him Bills.


When Skipper Gets Stung, He Never Feels It.


When Mort Watches Spongebob, He Jumps At The TV Trying To Eat The Characters, With Little Success.


Watch Penguins Of Madagascar! または Not, Rico Gets Paid Either Way.


THE END!
2
The Antarctic Mission: Scene 13
posted by peacebaby7
Antarctica

*the foursome are waddling along the アナと雪の女王 desert, well one of them is limping*

Skipper: "So...Private. How did あなた come to find out about this ボート thingy?"

Private: "While I was waddling along, & I saw it there. Humans got in it, & it just started moving away."

Skipper: "If it started moving away, wouldn't that mean it isn't there anymore?"

Private: "Oh, it was at night when I witnessed this. The 次 morning, another ボート was there."

Skipper: "So...It's a reoccurring thing then?"

Private: "I suppose. I don't see any other explanation."

Skipper: *waddling along a long way behind the rest of the migrating penguins (however they can be seen on the horizon)*

Why did this have to happen? It's all my fault. If I hadn't passed out there may have been some hope for them. Why'd they have to go & save my life. It should've been me. Why, oh, why wasn't it me...

*frustrated & angry he sits down in the snow...just thinking...& starts weeping again*

Skipper: *looks up at the ペンギン standing over him* "Who are you?"

*enter Susan to a sick Caleb bearing 魚 soup, an egg is seen rapped in blankets 次 to Caleb*

Susan: "Here eat this. あなた need to keep your strength up."

Caleb: "Susan, we both know I'm dying. I can feel it. My mother had the same symptoms. She was gone within 3 days."

Caleb: "I know あなた will take good care of our son または daughter. Why don't あなた get your brother to help you?"

Susan: "He's gone all the time. I barely get to see him."

Caleb: "Susan, he can help あなた during migration. That's about the only...
continue reading...
2
The Antarctic Mission: Scene 3
posted by peacebaby7
Antarctica

*a 15 年 old Rico was waddling along when he heard something...*

Rico: "Whoa! What was that?!" *curious, he followed where the sound came from*

Rico: *kept going & stopped suddenly when he saw lights exploding in the sky* "Whoa...Cool..." *he just kept watching when he saw large creatures sending these exploding lights into the sky* "Hey, my mom told me about these beings, they're humans!" *he went back to his ホーム as fast as he could go* 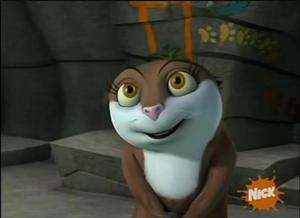 Chapter 4 – Dance the Night Away

Back inside the base of the ペンギン HQ, Kowalski showed off yet another new invention of us to the others, including Marlene. “Behold! My Dancinator 5000!” he boomed, “Just one little, tiny shock from this ヘルメット will guarantee あなた to dance at your wildest!” Private smiled. “This is perfect for you, Skipper. Now あなた can dance with your 日付 the way you’re-” “Whoa, whoa!” Skipper interrupted, “I don’t need that silly ヘルメット to be put on my head. I have all I need right here. Besides,...
continue reading...
1
I am in the PoM World. Chapter 5.
posted by CuteCuddly
I open my eyes, blinking away the sleep. I stare at a stone ceiling for a moment, before remembering Rico had made me a bunk.

I turn onto my side at look around the HQ. I hear snores and sleepy murmers from near-by, suggesting the rest were still asleep. I slide out of bed, my eyelids feeling heavy. I rub my eyes to remove the sleep still lingering in them.

I finally feel もっと見る awake and decide to have another early morning swim. I softly make my way to the door and slip silently out.

I streach and yawn, as the rising sun beams down on my feathers, making them shiny in the light. I hear a sound...
continue reading...
Multi Universal Race (a POM fanfic) Chapter 5
posted by mostar1219
In the "MAD" universe
Jack: Those penguins are right in front of us!!!
Ramsay: Don't worry, didn't あなた say that あなた can pull your head off and shoot 火災, 火 out of your eyes?
Jack: Yea.
Ramsay: Well, THROW YOUR HEAD AT THEM, SKELETON MAN!!! (Jack throws his head attempting to hit the penguins)
S: Rico, deploy Jackie Robinson pitcher mode! (Rico catches the head and throws it and it hits Team Johnny Test)
Susan: I'll press the net button. (presses a button and a net appears and catches Jack's head)
Johnny: Impressive. (everyone rides on the back of Clifford the Big Red Dog and go through the portal to...
continue reading...
3
The Private Who Cried 狼, オオカミ Chapter 4
posted by legendary7
That night Private laid awake in his ベッド listening to the sorrowful howls of the lone wolf. Private was going to tell Skipper about the 検索 for a cure.

Skipper woke up in the morning with a queasy sense in his stomach. Everything looked hazy as it did the 日 before. He had mixed emoctions of the way he treated his men the other day. He might never see them again. Skipper trudged to the pond. When he got there he was startled によって his own reflection. From head to toe he was covered in mud and scratches, probably from the fercious quarrel. There was nothing he remembered after his フレンズ left....
continue reading...
3
The Hidden Finale (Chapter XII - Victory Brawl)
posted by LifelessPenguin
Skipper and Rico brawled with Blowhole. Kowalski had time to create a portal to our HQ. As we escaped from my beautiful paradise, we saw Blowhole's and Skipper's crustacean warriors down. It was two against one. We knew we couldn't let Skipper and Rico down. So, we helped Skipper and Rico fight. It was a long fight. After a few hours, Blowhole was defeated. He fled swiftly into his HQ and 発言しました that he will plan another plot to steal our weapons.

As we high-fived to our victory, we were thinking about something in Denmark that we forgot. THE LEMURS!

"They will be fine. Anyways, they are stinkin'...
continue reading...
9
Courage and a cup of coffee (2)
posted by Icicle1penguin
"Get me out of this duct tape!" yelled Skipper. "I can walk now. I'M HEALED! I can get back to work!" He struggled to get out of the cocoon of tape he was in.

Icicle held a book and was sitting beside his bunk on the cement brick. "Sorry sir, Kowalski's orders," Icicle told him. "Do not worry! Kowalski 発言しました あなた can start eating 魚 starting tomorrow! HUZZAH!"

Skipper continued to struggle. "Great. I'm starting to forget what 魚 tasted like," he told her. "Can I get out now?"

Lilly and the crew came down from...
continue reading...
Saw: ペンギン style!- Part 1
posted by skipperfan5431
Marlene woke up with a seiring pain in her head. When she opened her eyes, she saw nothing but darkness. To her right was Lilly unconsious in a chair, with a strange device on her head. To her left, she saw a remote controll which 発言しました (Press the red button.) She did so and Lilly woke up screaming. An electric shock flowed through her body. When she settled down, the telivison set above them turned on, and a white face with red swirly cheeks appeared before them. "Hello Lilly, Hello Marlene. Tell me, do あなた want to play a agme?" Lilly finally came to her senses and was infuriated. " LET HER...
continue reading...
2
Psycho: Chapter 10
posted by 67Dodge
Lily finally felt 安全, 安全です when Private's footsteps faded away upstairs, apparently, he went to find Lily, but he's still searching. She looked at the cellar door, was it 安全, 安全です to enter?Yes, it was. She opened the door, which went down a flight of stairs, she noticed the room had stuffed birds too. Taxidermist's birds, eternally stuffed and mounted for display. 'Blech, that's nasty, killing a bird, gutting it and stuffing it with cotton is nasty,' thought Lily, looking around. The taxidermed 動物 soon started varying, lizards in preserving jars, whole parasites stuffed in alcohol jars, a deer...
continue reading...
1
Cookies, Games & Snowcones XXL part 2
posted by Sandrei
Here's part two:) Enjoy!

"All right then.. so what shall we begin with?" wondered Kowalski, staring down at the piece of paper with set of Skipper's new excersises written on it.

"Errm.. Kowalski.."chirped Private, raising his flipper up. "Sorry to disturb あなた right now, but.. I guess I've got a call from nature.. And it would be better If I answered it right away".
"But あなた know, we've got a bathroom emergency? It all got stuck up after Rico had accidently flushed his hammer down the toilet." asked Kowalski, turning his eyes at the youngest penguin.
"Yes I know. But that's...
continue reading...
21
Rejection (Kowalski/Rico Pairing)
posted by skipperluvs
Note: This is my first Koico, Rowalski, Kico...whatever you'd like to call it. It is in Rico's point of view.

I watched him as he sat there, lonely as always. He never really seemed to care whether he had such company または not. Very careless indeed. I enjoyed to have him around all the time, he was a like a best friend to me...but there were times that I doubted our friendship. I didn't think that he didn't like me または something around that area, I just sometimes felt really close to him. Too close, I believe. Almost like brothers. Sometimes I felt even closer than that. I always wondered how...
continue reading... 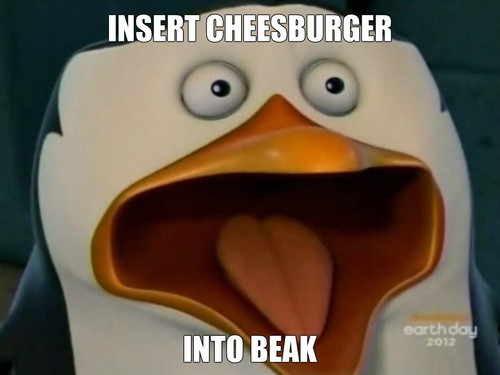