1
Blue Fedora's Story 3
posted by AquaMarine6663
Blue Fedora slowly followed Dragon Spout as she trotted up to the Museum of Canterlot. She entered the building, and gazed around. “Hmm… let’s try the third floor.” She said, pointing with her hoof to a room on a spiraling staircase. Blue Fedora sat down, his legs starting to ache even もっと見る at the thought of the treacherous climb that lay ahead of him. “Can we rest up a bit?” he asked her. “No! Every 秒 we’re wasting, the ドラゴン are one 秒 closer to migrating! I can’t miss it!” she said, charging up the stairs. He sighed and slowly followed. They were in a museum wing, digging through spells. “Nope. No… hmm… no…” Blue Fedora 発言しました to himself as he dug through the scrolls. “Aha!” he 発言しました as he pulled a fireproof spell out of a tall pile. Suddenly, though, a huge crash sounded from the other room, startling Blue Fedora and causing him to drop the spell out the window he was sitting by. “Oh ponyfeathers.” He whispered. He heard hoof steps thumping down the hallway as a ポニー sprinted towards the wing they were in. an オレンジ alicorn stallion with crystal blue eyes and a golden colored mane crashed through the door. “GOLDEN QUILL, あなた COME BACK HERE!!” he heard nopony other than Princess Celestia shout. He gazed around the room wildly as Celestia entered the room. He squeezed his eyes shut and teleported away. Princess Celestia strode past a dumbfounded Blue Fedora, and looked out the window where the mysterious stallion alicorn fled through the gardens. Princess Celestia sighed and turned towards them. “Don’t tell anypony that there is another alicorn. I trust あなた two to keep this a secret. Understood?” she said. Blue Fedora nodded while dragon spout dug through a pile of scrolls. “Uh huh. Whatever.” She said. “Good. Have a wonderful day. And tell me if he comes back, okay?” she said, turning around and trotting out of the room. Blue Fedora poked his head out the window again, looking disappointedly at the scroll that lay far below on the ground.

Golden Quill trotted around the garden, his ハート, 心 still pounding after fleeing from Princess Celestia through the castle. He scrabbled under a hedge, and relaxed. He lifted up his wing, where he had concealed a book Celestia was keeping from him, as punishment of slacking off on his studies. He opened the book to the spot he had left off, and continued reading. He finished 読書 six もっと見る chapters when he became aware of how hungry he was. He poked his head out from the bush, and gazed at the sky. The sun was at its peak. Lunch time. His stomach growled at the thought of lunch, so he silently crept out from under the bush. He nearly screamed with surprise and fell over, for Princess Luna was standing right in front of the hedge. “You do know that my sister is looking for you, correct?” she asked him. He scuffed at the ground. “Yeah, I know.” He mumbled. “I have brought thy lunch, for I suspected thou would be hungry.” Luna said, pulling a サンドイッチ out of her saddlebag. He quickly scarfed it down. “Thanks Luna. You’re the best.” He mumbled with his mouth full. “Hm. Thou does know that Celestia only wants the best for thou, indeed?” she asked him, turning away. “Yeah, but…” he stopped as he saw Luna had disappeared. He shivered. “I’m glad Celestia doesn’t do creepy things like that.” He muttered to himself. He sighed and gazed at the grand building in front of him. “I suppose I should go back now.” He said, trotting up to the door.
tailsfan111 likes this
-Celestia- Just a little heads up; should be the 4th installment instead of the 3rd again ;) (Blue Fedora's Story 4) 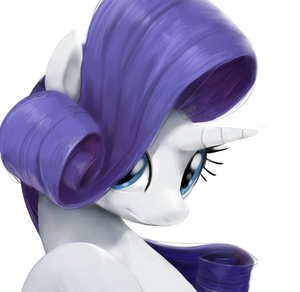 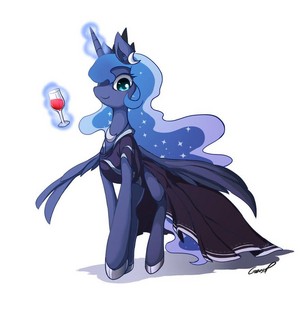 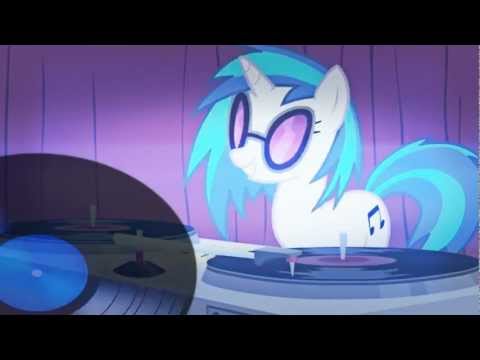 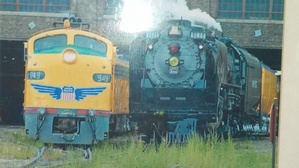 Engines 949 and 844
Even though Pete told them not to race, Hawkeye, and Gordon decided to do it anyway.

Hawkeye: I'm going to win, and あなた know it.
Gordon: Nuh, uh. I'm going to win, because I am going to have two diesels on my train.
Hawkeye: That doesn't mean anything. I'll make sure to send あなた a postcard from Denver when I get there.
Gordon: Don't bother.

They found their engines at the servicing facility, and started driving them to the yards. The trains were already set up によって Snowflake's tower. 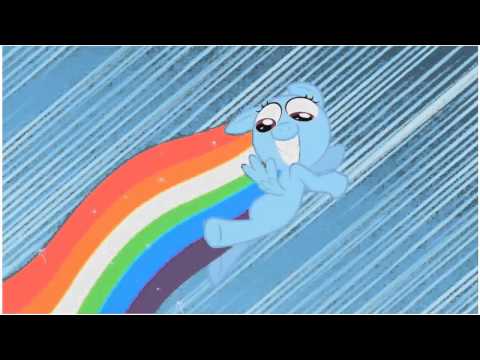 On 上, ページのトップへ of the World [PMV]
added by izfankirby
Credit: Beomar
video
マイリトルポニー〜トモダチは魔法〜
虹 dash
pmv
2
Just Be Me Episode 1 Part 5
posted by Seanthehedgehog
That night, while everypony was asleep, Rarity was thinking about how to find out why 虹 Dash, and アップルジャック, applejack were talking about her behind her back.

Rarity: Hmm, I can't think of anything. They just talked about me falling in 愛 with Sliver, and probably... doing Rule 34 related stuff to him, but I don't care, that's just me. Wait a minute, I got it! They think I'm a Rule 34 addict, and that's why they were talking behind my back. *Goes out of her room to find 虹 Dash, and Applejack*

Next morning, Princess Celestia was having breakfast, when Lord Burlington arrived. 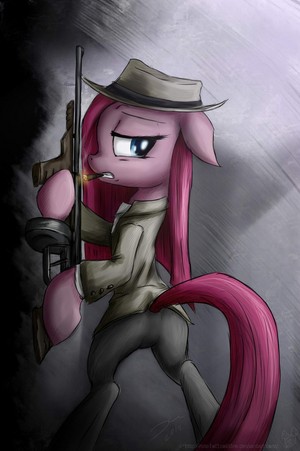 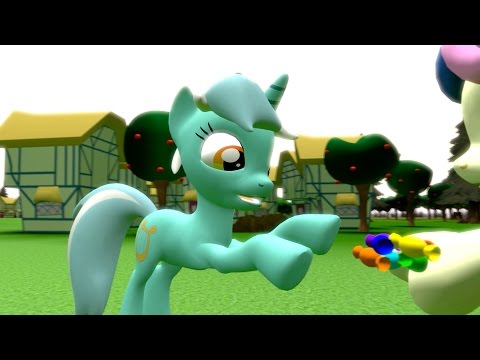 Lyra & ボンボン In SFM Episode 5 キャンディー
added by Seanthehedgehog
The two best フレンズ get in yet another argument.
video
my
magic
friendship
my little ポニー
マイリトルポニー〜トモダチは魔法〜
1
The History Of Equestria: Musicians
posted by Seanthehedgehog
Equestria, have あなた ever wondered about how some things in that world are how they are today? Well now, あなた are about to find out. From having fun, in the park, to fighting crime, または evil terrorists, this is the history of Equestria.

Many ponies enjoy music. It provides a way to relieve yourself of any stress, または to enjoy when you're having a simple car ride. Back then, the first ponies that invented music, did so only hundreds of years ago. Many ponies can't agree on who the first musician was, but the 回答 can prove to be interesting. 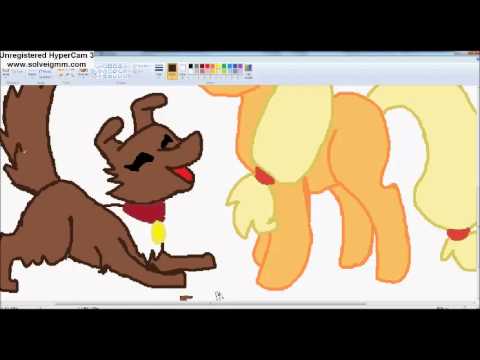 アップルジャック, applejack & Winona Speedpaint
added by Seanthehedgehog
Another speedpaint of Applejack, this time with her dog.
video
my
magic
friendship
my little ポニー
マイリトルポニー〜トモダチは魔法〜
2
Ponies On The Rails Episode 49 Part 3
posted by Seanthehedgehog
After talking to Hawkeye, and Stylo, Mirage went to the train yard where he had to work with Nicole. They were taking a freight train to Laramie.

Mirage: *Climbs into cab* Hello Nicole.
Nicole: Hi Mirage.
Mirage: How long have あなた been here?
Nicole: Not too long. I'm waiting for the Railroad Police to finish inspecting the train.
Mirage: Right then. Did あなた check our fuel?
Nicole: Yes. We have enough coal, and water to go all the way to Laramie, and back.
RP Pony: Okay, you're clear to go.
Mirage: Right.
Nicole: Thank you.
Snowflake: *Turns signal green*
Nicole: *Blows whistle twice*
Mirage: *Shoveling...
continue reading... 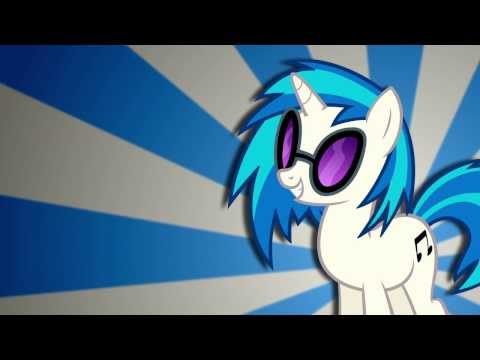 Bob: *Enters apartment room* Emily, I'm home.
Emily: Hi dear. How was your day?
Bob: Oh, it was good. I met a stallion that just moved here from Chicagoat.
Emily: Oh wow. That's cool. What's his name, and what does he do for a living?
Bob: He's a dentist named Jerry. Anyway, I hope あなた don't mind, but I invited him over to have ディナー with us.
Emily: Oh boy.
Bob: What's the matter?
Emily: Do あなた remember when Howard showed up last time we didn't have any 食 for him?
Bob: I could care less about Howard's anger issues....
continue reading... 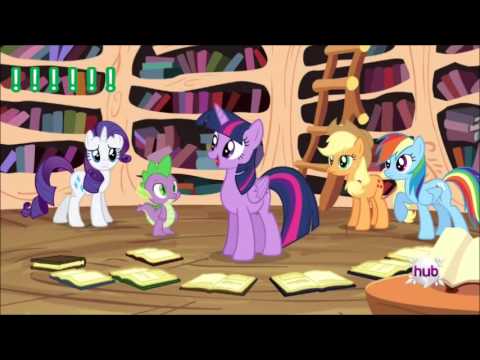 Bats Review
added by Seanthehedgehog
A review of the episode Bats.
video
my
magic
friendship
fluttershy
is
虹 dash
my little ポニー
マイリトルポニー〜トモダチは魔法〜 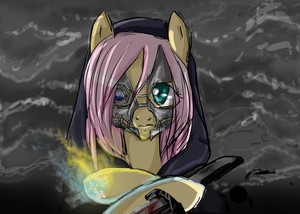 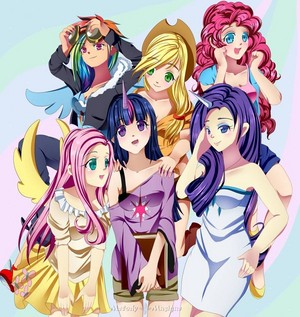 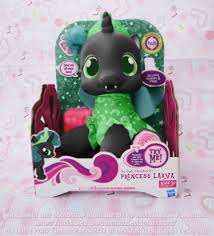