*~DreamyGal Productions~*
Dear Diary,
Well, the honeymoon is over. The fun lasted for about a week and it was so nice. I really felt myself falling for him and growing closer to him. But now he is 芝居 cold and distant, and won't talk to me. He has started spending a lot of time at the mens club. He goes just about every 日 and comes ホーム late and drunk. The other night when he came to ベッド I curled up 次 to him and he pushed me off of him so hard it rolled me off of the bed. He gasped, and then stormed out of the room. He acted as if he felt bad for hurting me, but he didn't apologize. This morning at breakfast we sat in silence for the longest time as we ate. Finally he spoke up and told me that he would be leaving tomorrow to go to the family hunting lodge for a couple of weeks. I asked him if he wanted me to accompany him, and he very coldly 発言しました no thanks. After breakfast the family physician came to see me. For the past week または so I just haven't felt right. Some days I feel ok, but other days I feel just horrible. I throw up, but only in the morning, and I feel tired a lot. It is very strange....

The Doctor just left and told me something, and I don't know exactly know what to think...I am with child.

Belle shut the diary. She didn't know if she could read anymore. She ran into the palace, tears streaming down her face, running past Mrs, Potts on the staircase, and ran into her bedroom. She lay down on her ベッド and just cried. So many emotions and thoughts ran through her mind. Was this baby her Mother was pregnant with in fact Belle? Was that horrible creature Auguste her real Father? Oh no...what if her Papa is in fact not her biological Father? Something like this would destroy him. He must never find out. Then another thought crossed her mind...what if this baby wasn't Belle? Maybe she had a sibling somewhere...then a knock was at her door. "It's Mrs. Potts dear...may I come in love?". Belle got up, wiped her eyes and opened the door.
"Wow" was all she could say after Belle told her the contents of the diary so far. "I don't know what to think....is my Papa my real Father? We don't have a lot in common, but then again I have NOTHING in common with this Auguste person my Mother was married to...I just don't understand, and..." Mrs. Potts grabbed her hand, and said, "Oh child, I don't think あなた have anything to worry about with your Father. Best thing あなた can do is to keep 読書 and everything will turn out in the end, you'll see". Belle smiled. She knew she was right.
Mrs. Potts always had a way of comforting Belle. Even during her first night in the castle, when Belle was scared and lonely, Mrs. Potts made her feel loved and wanted. The only way she would know the truth is if she kept 読書 her Mothers diary. So that's what she would do. "You sit back and relax and I'll bring あなた up some tea." Belle opened the diary back up and began to read again.

The Doctor just left and told me something, and I don't know exactly know what to think...I am with child. A small part of me is happy; I have always wanted to be a mother, and if I have a baby I won't be alone in this dreary big house. But on the other hand, I don't want to bring a child into this world to a father like Auguste...oh good Lord...what is he going to say when I tell him? He will probably be furious. Now I feel frightened. With his anger issues, he might throw me out into the streets...but who knows. That man has the strangest mood swings. I'm going to tell him tomorrow morning before he leaves to go to the lodge.

Dear Diary,
I told him this morning about the baby. I don't think I have ever been so nervous about anything in my life. I caught him right as he was walking out the door. I almost missed him because I overslept....being pregnant has made me extremely tired. I ran down the stairs and called out his name as he was stepping out the door, and he turned around and just looked at me. I asked him if he minded stepping into the study for a moment, I had something I needed to tell him before he left. "Auguste my dear, I don't mean to keep あなた from your trip, but as あなた know the physician came によって here to see me yesterday because I haven't been feeling like myself lately. Anyways, I'm quite alright, but he did tell me something most interesting." He just stood there, with no emotion whatsoever on his face. I continued on. "Anyways, he told me, darling, that I am...well, he told me that I am with child. We are going to have a baby." At that moment he looked up at me, and asked me if in was sure, and I 発言しました yes. A smile crept across his face, and he kissed me on the forehead. "This has made me very happy. We must tell our families at once. Then we must celebrate." He left me standing in the study, with a look of shock upon my face.
A few hours later our house was filled with his parents and my family. Everyone kissed my cheek and kissed my belly for good luck. It all felt weird. I'm so tired of putting on this act. It would be one thing if Auguste was this sweet charming man all the time, but he's not. The first week of our marriage was like a dream. Now its like a nightmare, and I can't wake up. The only thing I have to live for is the baby growing inside of me. He made another heartfelt toast, much like the one he made at our wedding. Except this one was to our baby...his future son. Which is completely absurd, there is no way of knowing what the sex of our baby is. If anyone knows または has an inkling of a feeling of what the baby is, its me, and he hasn't bothered to ask me if I think it's a boy または not.
After his トースト he presents me with a small box that is wrapped. I unwrap it and inside is a beautiful diamond necklace. He takes it out of the box and puts in on around my neck. He kisses me on the cheek and whispers into my ear "Things are going to be different now. I'm sorry for being such an 尻, お尻 to あなた in the past. I don't want あなた to fear me; I want あなた to 愛 me, because I 愛 you, Gabrielle."
I don't know if he was being real, または if this was another part of his act. I guess only time will tell.
ariel306842 and fhghu like this
starlight77 Wow. I don't know what to think of this guy. At first I hated him now I sometimes do sometimes don't. I wonder if the baby is Belle....
sumerjoy11 This guy is so weird! I really wanna know how she meets Maurice.
DreamyGal We're getting closer :)
starlight77 Awww Maurice and Gabrielle will be so cute together.

4
Beauty and The Beast Part 5
added by Jill_17
video 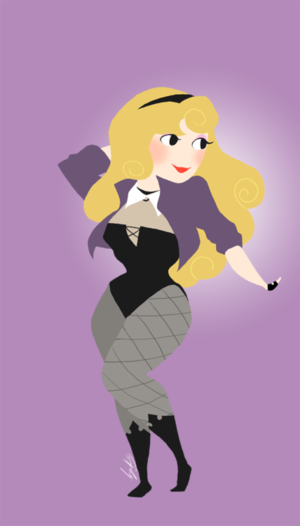 *~DreamyGal Productions~*
For most of my life I’ve been a scullery maid.
My Stepmother wants me dead, and I’m afraid.
I’m lucky, because I was able to get away.
I didn’t know what was to become of me, but I knew I’d be okay.
I had just met my one true love, and we shared one song.
I know it’s with him that I belong.
I don’t know if I’ll ever see him again,
But as for now I am living with seven little men.
They gave me a ホーム when I had no where else to go.
My feelings for them are starting to grow.
They want to keep me 安全, 安全です from the evil Queen.
All they ask in return is that I cook for them and clean.
I’ve never...
continue reading... 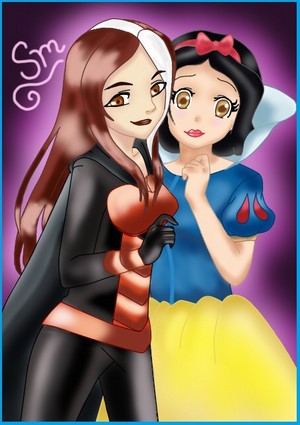 2
ディズニープリンセス
added by MJ_Fan_4Life007
8
Why Anna is my お気に入り DP.
posted by WinterSpirit809
While I understand アナと雪の女王 isn't the most well loved movie on Fanpop, that doesn't keep me from adoring the protagonist a anymore.

It's strange because I keep on finding her sister, Elsa in the bottom two of my ディズニー Princess list. I admit that is kind of biased, because I have nothing wrong with her character- but her ファン basically ruined her for me.

Enough about Elsa! This 記事 is about Anna!

First of me explain how much Anna is like me- we have similar personalities, I can personally relate to her flaws and loneliness. I too can be known to fall for the first nice guy I know, and end up...
continue reading... 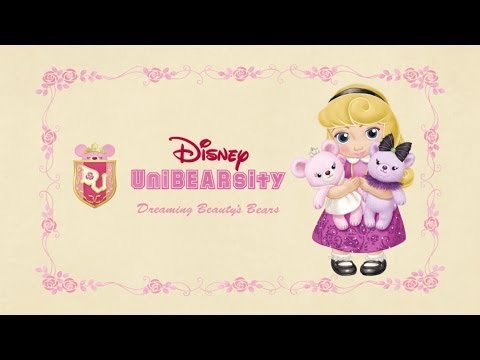 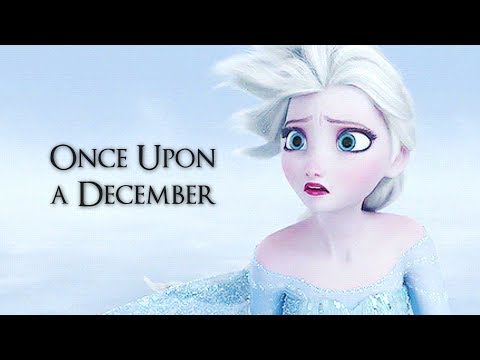 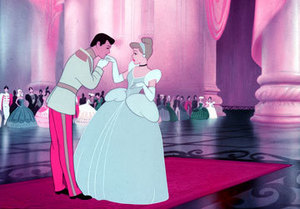 1.    Cinderella
Cinderella has the strong and lovable female character, the romantic 愛 story, the humor, the graphics, the score, the songs. I 愛 everything about Cinderella. It is relatable, and it gives me hope that some day, my dreams of happiness will come true too! When I am sad, または had a bad day, was mistreated, または if I'm happy and was treated like a queen, I watch Cinderella. God willing, my wedding theme will be of Cinderella. My dress will be modeled after her blue one, and my husband and I will dance to "So This is Love." Because シンデレラ truly is, the sweetest...
continue reading... 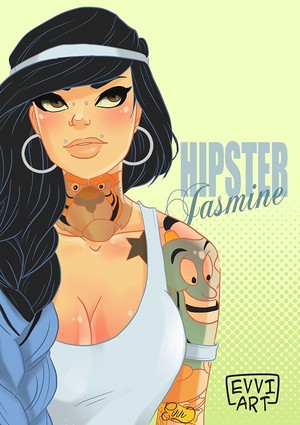 4
ディズニープリンセス
added by MJ_Fan_4Life007
Source: evviart
12
A Rapunzel and Merida fanfic.
posted by avatar_tla_fan
This fanfic will not have ANYTHING to do with the movie, it's just the characters that remain the same. Rapunzel will have her brown hair though, if anyone cares.


Rapunzel had not seen Merida in two years.

And last, they were going to see each other again, for the first time in two years.


Rapunzel was anxious.
What if Merida isn't the same? Rapunzel thought, What if she's different? What if....


Merida will be the same person she was when あなた saw her two years ago.


Rapunzel saw Merida approaching, but when she was...
continue reading...
1
My 上, ページのトップへ ten prettiest ディズニー princesses
posted by Ariels_twin
This is my opinion so plz don't judge :) And my first 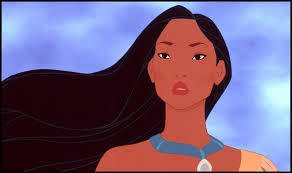 I don't find her very pretty... 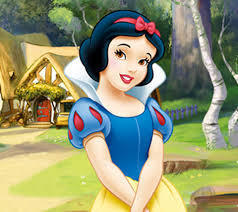 She's more on the cute side than pretty :) 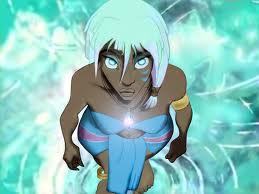 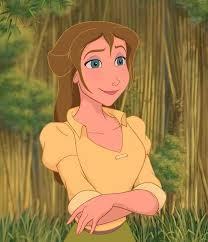 She's good lookin but her face is to long :P 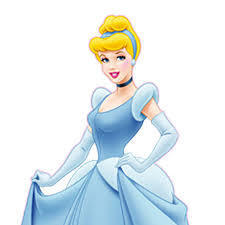 She is pretty but Disney could have done better 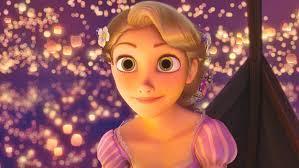 She is good lookin but she could be prettier :P 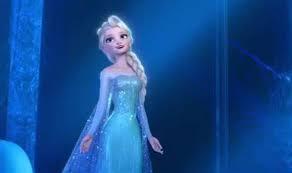 She is beautiful and she has a wonderfull smile :D 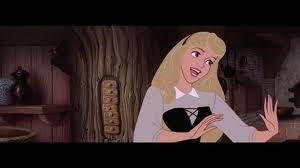 Aurora is amazing! She was given the gift of beauty so.... 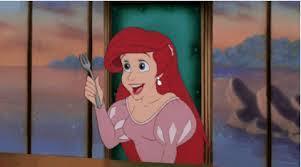 She is gorgeous! And of course I have to think that she's my twin for crying out loud! XD 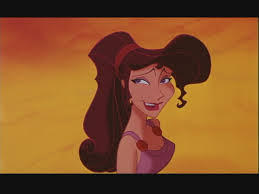 In my opinion she is the most beautiful! 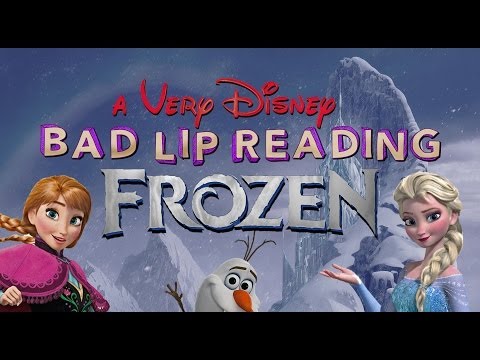 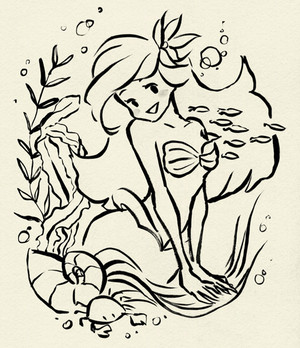 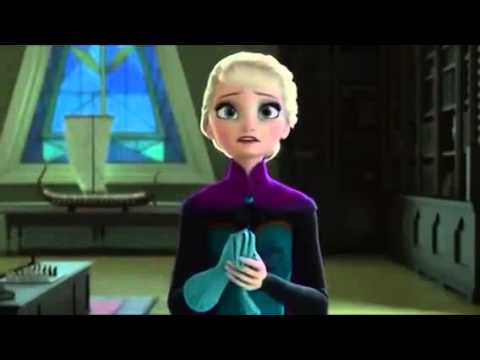