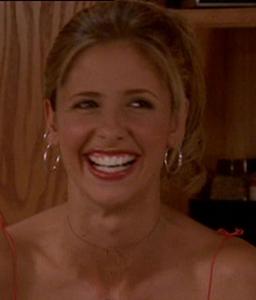 Buffy has taught many valid and true life lessons. Others are...questionable. But that's sure as heck not gonna stop me believing them :)

1: The British wear Tweed. All of them. If あなた don't have at least one tweed outfit check your nationality, because you're apparently not British.

2: Your フレンズ can forgive あなた for dating a vamp who has tried to kill them, running away from home, believing they aren't real, and even trying to feed them to a demon. But they wont forgive inability to lead an army, so brush up on your commander skills while あなた have the chance.

3: When English people decide whether to be good または evil it alters their accent. It doesn't matter where about in England they were raised, when they're good they are upper class English and when they turn bad they become cockneys.

4: When it comes to sex, horror movie rules apply. If あなた have sex something terrible is going to happen. seriously. Every time.

5: Leather pants and all who wear them are evil.

6: No matter how many times your friend is right when they suspect someone is evil it is still okay to doubt them every single time they do.

7: It is not considered fickle to nearly end the world due to grief at the loss of your lover then start dating again a few months later.

8: When someone あなた 愛 dies don't worry. You'll probably see them almost as often as あなた did before.

9: If your friend returns to their former evil ways and kills people try to kill them with a sword. Even if they became human in the first place through the simple act of destroying their amulet, so making them human again would be easier than attacking them with a sword. Don't even mention the easy 'destroy the amulet' thing. The sword plan is cooler.

10: あなた will only get in a fight with the type of demon that can only be killed in a specific way when there is luckily someone around who knows how.

11: Clawing out of a grave through 6 feet of dirt will leave a slight smudge on your face. The rest of あなた will remain perfectly clean.
Flickerflame, Cardassia and 41 others like this
katlynncore omg that was hilarious! i especially loved 1, 5, 6, 10, and 11 hahahahaha
spikes_girl i absolutely love this list! you are a genius asvini! a complete genius! love it! #s 1, 8, and 11 cracked me up the most! i think i feel props coming up...
Yukari12 hahahaha
RealLuvAlwaysBL LMAO. I agree spikes_girl #'s 1, 8, and 11, were classic. This is for sure getting props. And I must add it gave me much needed inspiration to write my own similar article about One Tree Hill. haha still laughing bout the tweed, "check your nationality" too funny!
ekid020 As to # 5: What about Buffy hello she almost always wore leather. Spike wore leather even after he got a soul. And Angel that awesome jacket (Gotta get my hands on one of those), leather! The 3 strongest good characters on the show. What do all 3 have in common- well besides that they all slept with Buffy- They all wore leather!
Asvini Leather jackets are cool, it's the pants that are evil, lol. In fact the only times I remember Buffy wearing leather pants is when she was planning to kill Faith and when it was Faith in Buffy's body...See, evil! :)
Mermaid-Tail Yeah, it doesn't say leather is evil it says leather pants, and they did seem to have an evil affect on the characters, lol. Also I have to say, Buffy didn't almost always wear leather. In fact in 7 years I can only remember her wearing leather like 4 times.
ladycroft hahahahahah 5 10 11 hilarious haha
x-missmckena-x ok heres a sterotype for ya, im british and i do own tweed!
april_showers haha this is brilliant!!!
laurabaybie love it (:
dipsy its good
Amber132 Haha :D these are great. I especially loved 1, 2 and 8 lol I wish I was british then I could have a cool evil accent and wear tweed :D
ladolcevita I really love this, but, Buffy wears leather pants...
velvetycat You're so right with the sword thing. (9) She tried it with Angel, too; OK, she had to use the sword to stop Acathla but then she kept saying she'd killed Angel. Since when do vampires die from a sword to the gut?
tizzle64 Good job!! I wish I thought of this!!
xxSERENITY Hahaha #2 and 9 are hilarious.
Layannla Im british and i dont wear tweed niether does anyone in my family :) always at leaste one stereotype
Asvini Yeah, I'm British and not only do I not own tweed I don't even like tea! But then again, I'm also pretty sure I'd get more than a face smudge if I crawled through 6ft of dirt, and leather pants might not automatically turn me evil lol. That's the flaw in my faulty, tv believin' logic :D
JesseIsLoveMD Love it!!!
Cardassia Well, here's some things that're wrong with that assessment you've just laid out; the character's ethnically a Brit, her surname "Summers" is an English name, hence she's of English ancestry. As for leather pants, she too wears them, and is devoted to remaining a heroine (good girl, not the drug)... and by "the character" I'm talking about the series heroine, Miss Elizabeth "Buffy" Anne Summers... hence those arguments don't apply as remotely real. A agree with Asvini, though my English ancestry itself is really small in percentile, my personal "culture" is very similar to the steriotypical image of the "stiff upper lip" the British are reputed to have, and in those ways I resemble them; I agree with that person on the grounds that those connections are ridiculous and hilarious in their inaccuracy- hence I guess I agree with the poster to a T in those regards- and that's just from logic alone, something that Giles would appreciate: rational thinking, not rationalism, which is nonsense, as is rationalization, again utter nonsense! I happen to agree with Giles politics too, as far as how to approach problems, from the way he criticized Kennedy when she appears to have said "Power to the people" he referred to that as the argument of a flower-child of the 60s, and the same dumb idea, and she needed to hear that too, but I personally think they have a deep-set respect for eachother... he's largely become "dad" to most of those living there, if not in reality, then in perception thereof and in job description., a job I personally think he relishes. Sincerely agree with you that those are incorrect assessments; Cardassia.
Flickerflame ^I think you're talking this article too seriously. It's intended as a joke - listing some of the stereotypes and illogical events which occurred in the series. Regarding to your argument about Buffy having English heritage judging from her surname, point 1 is speaking about the characters who are English since they have lived in England for several years and could be assumed to have been born in that country, i.e. Giles, Wesley and the other Watchers. Not anyone who could be considered to have English heritage. Spike could still be used as a counter to this point though. Also, there is no evidence that Buffy's name is actually Elizabeth and that Buffy is a nickname. The name Buffy is derived from Elizabeth, true, but it was intended as a stand-alone name in her case. 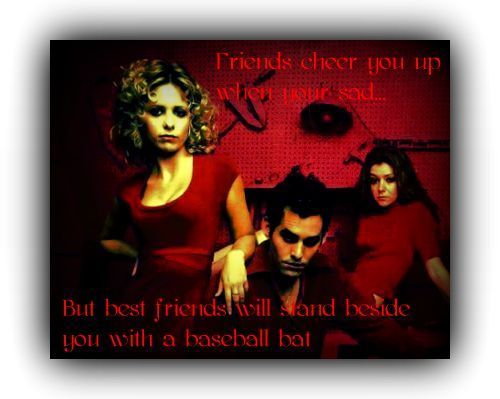 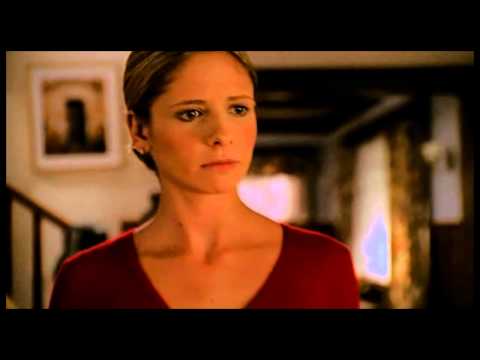 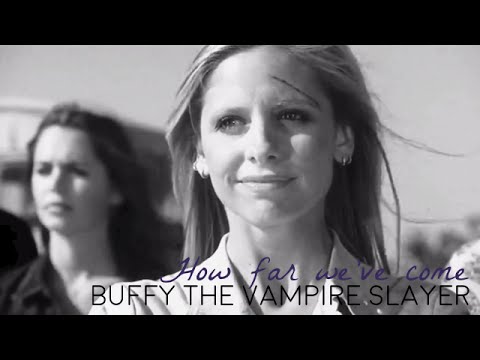 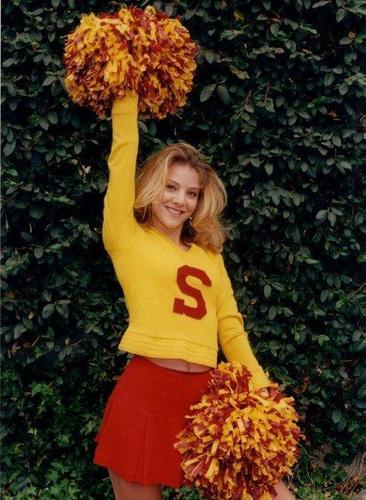 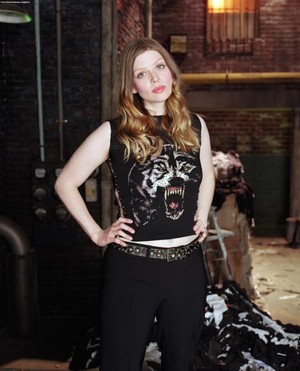 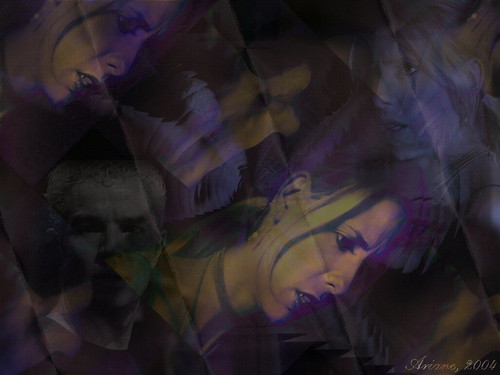 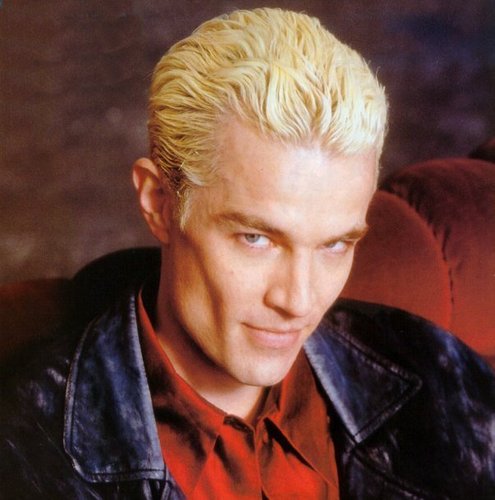 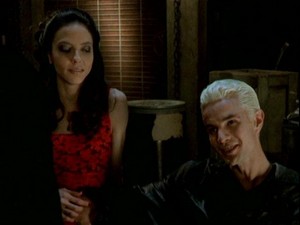 Dru and Spike
added by RoseLovesJack 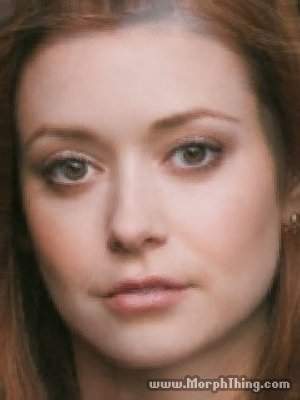 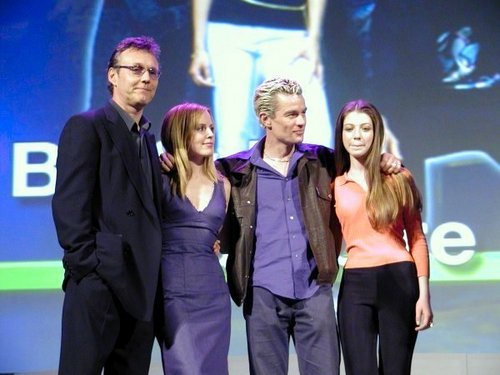 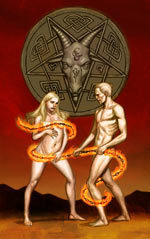 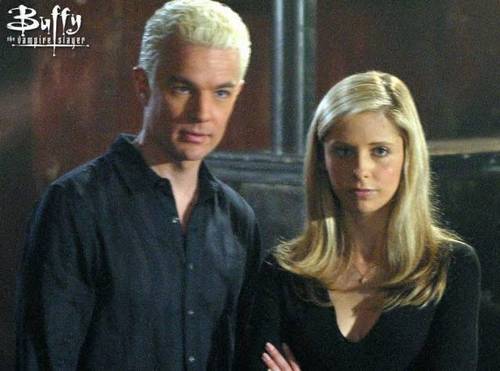 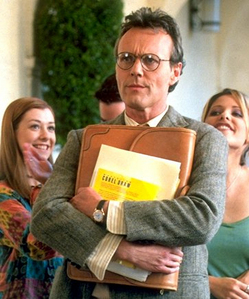 "How about the end of the world?"

"The Earth is doomed."

"Testosterone is a great equalizer. It turns all men into morons. He will, however, get over it."

"A vampire isn't a person at all. It may have the movements, the memories, even the personality of the person it took over, but it's still a demon at the core. There is no halfway"

"She lives very much in the now, and well, history is very much about the then"

"A vampire in 愛 with a slayer. It's rather poetic...in a maudlin sort of way."
7
Last Night: A Buffy and Spike ファン fiction
posted by spikes_girl
This is a ファン fiction about what happened after the fade out in Chosen. Please note that while it may seem a little short, a lot of it is simply looking at each other, which is もっと見る effective and romantic on-screen than in words. Anyways, I hope あなた like it!

Buffy walked slowly down the stairs. When she reached the bottom of the flight, she turned to look at him. He had been sitting, the amulet dangling out in front of him. He had been examining it with careful eyes. At the sound of her footsteps he stood up. They stared at each other for a moment, then he spoke. 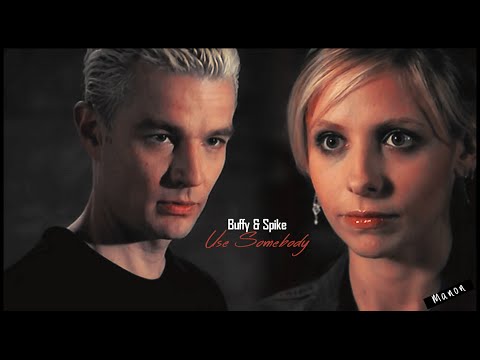