My アニメ Series Chapter 3 "Meeting!"
posted by souleaterlovers
Chapter 3! Hope あなた like it! Please tell me what あなた think in the コメント thingy! Thanks you!

I was just starting to drift off when all of a sudden -"HELLO PLANE LOSERS! I AM TAK! OTHERWISE KNOWN AS THE 線, レイ OF SUNSHINE THAT BRIGHTENED UP YOUR LIFE AND MADE IT STOP SUCKING SO MUCH A-" Someone yelled being cut-off によって this: "Shut up Tak!" I looked up and saw a weird girl sitting on the floor with a shoe print of her back and another girl - who i thought was very pretty- who was standing there glaring at her with a few other girls behind her. The pretty girl had ashy-blonde hair with green, ピンク and blue highlights and frosted white tips. Her eyes were snow white and she had light skin. She also had about seven piercings in each ear and her nose was pierced also. "Ugh. Way to make a scene retard..." One of the girls 発言しました shaking her head. "Of course I made a scene! Everyone needs to know who we are! If we're not feared our rep. will go down!" The girl yelled standing up. I stared at them feeling really, really, really confused. "Oh. My. God. あなた are annoying..." The blonde girl 発言しました face palming. "I'm not annoying! あなた just have a low voice tolerance!" The annoying girl yelled back grinning. "Oh my god shut up!" Another girl yelled smacking her with a book. The pretty girl smirked. "Thank あなた for doing that Kit." "No problem." The girl 発言しました back crossing her arms over her chest. "Will あなた two stop hitting me!?" The girl yelled standing up. "Nope, we rather like beating あなた up Tak, its so easy." The pretty girl 発言しました smirking. The annoying girl glared at her and growled. "How dare あなた insult me!" "Ugh... Litia, we can't leave until she sits down, and she's not sitting down anytime soon... So, あなた know what to do..." A girl 発言しました awkwardly. "Yeah okay." the pretty girl 発言しました with a shrug. She took a deep breath and walked フォワード, 前進, 楽しみにして until her face was just inches away from the annoying girl's face. She then grabbed the 襟, 首輪 of the girl's t-shirt and pulled her off the ground so that they were eye-to-eye. "Okay now Tak.... SIT THE HELL DOWN BEFORE I MAKE あなた SIT THE HELL DOWN!" She growled. The girl squeaked, ran to her シート, 座席 and cuddled up 次 to the window. "Okay then, that's over now." "Yep." Another girl 発言しました smirking. Then - as if nothing had happened - they all walked to their seats and sat down.

But, I was shocked when the girl sat on the シート, 座席 to my left in the other row. The girl who had long brown hair with choppy bangs, pale-tan skin and dark brown eyes sat to her left and on the left of her in the other row was a girl that has choppy オレンジ hair that has no bangs in the front, pale tan skin and ピンク eyes and 次 to her was the annoying girl who has electric-blue hair with frosted ピンク tips and black highlights, indigo eyes and pale skin. The in front of the pretty girl sat a girl that has gold-blonde hair with bangs that are swept to the side and it reaches the back of her knee's in the back black eyes and paler-than-pale skin and a bot who got on before me, he has choppy black hair, side-swept bangs, ティール eyes and dark skin. His left eyebrow was pierced along with the left side of his bottom lip, and his right nostril and his ears are stretched. I learned his name was ドレイク, ドレーク from one of the boys in the back named Roy who has dark maroon colored hair, dark brown eyes, and light skin and is only 11 years old, he told me he got sent here because he slapping his dad.

"Hello~! I'm Trigger!" Trigger yelled waving at the girls who had just gotten on the plane. "I'm Tak!" The girl with blue hair yelled shooting out of her seat. "SHUT UP Tak!" The girl with brown hair yelled. "Screw off Kit あなた annoying b-" "You finish that sentence and I kill you!" She growled. "You bi-" "Both of あなた shut the hell up, stay the hell away from each other and freaking stay that way! For shit's sake, あなた two are the most bitchy people on this planet." The pretty girl 発言しました as she threw a plane 枕 at Tak and one at the other girl. "Thank あなた Litia!" The blonde girl 発言しました with a groan. "Anyways, now that their episode is over...! I'm Felicity!" The girl with オレンジ hair 発言しました waving at us. "I'm Tammy!" The girl with golden blonde hair 発言しました with a smile. "I'm Kit." The girl with brown hair 発言しました half-heartedly. "I'm Demon." I 発言しました with a small wave. "I'm Smash, and that's Tire." Smash 発言しました pointing to himself then Tire. "I'm Deuce, and this is my little brother Ace." Deuce 発言しました sheepishly. Kit nudged the pretty girl. "Litia, aren't あなた gonna talk to 'em?" "Why should I?" She asked not looking up from the book she had pulled out and started 読書 when I wasn't looking. "Because あなた should." She replied. "No thank you. Besides, who promoted あなた to my mom?" She asked. I could feel the tension. And just the way she 発言しました those words, I could tell they were meant to sting. "...I'm not your MOM, Litia, and even if I was, that wouldn't work because your older than me." Kit replied crossing her arms over her chest. "Exactly, I'm older, so shut up, and stop trying to boss me around. Just go back to being the nerd." She replied not even glancing up from the page of her book. "OH! Burn Kit! Litia burned you!" Tak 発言しました laughing. "Piss off retard!" She growled. I looked at my フレンズ and saw they were just as confused as me. I shrugged. Oh well, this isn't my problem.
1
Soul Eater + NARUTO -ナルト- -ナルト- Fanfiction 5 "Savior"
posted by souleaterlovers
Yay! Chapter 5! half way to ten!

We ran on the roofs of buildings after the albino, blue head, blonde and pinkette that already ran down here.

We looked down as we ran the roof tops and I saw the blonde girl running full speed with the blue kid close behind and the albino a few feet behind. Then, further up ahead, I saw the ピンク haired boy. "Maka!" The ピンク haired boy yelled staring at her with huge eyes. The blonde girl named Maka grabbed his hand when she got closer and they both sped up their pace down...
continue reading... 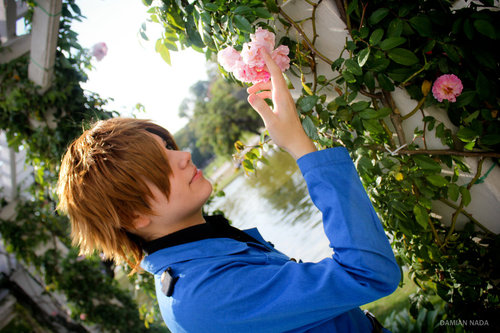 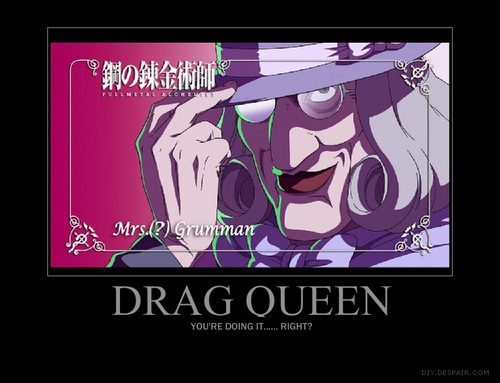 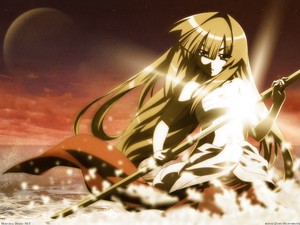 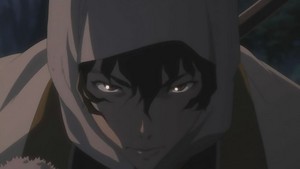 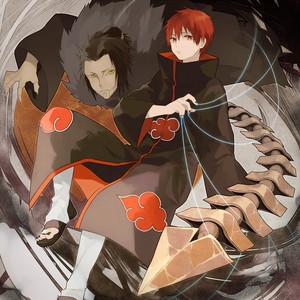 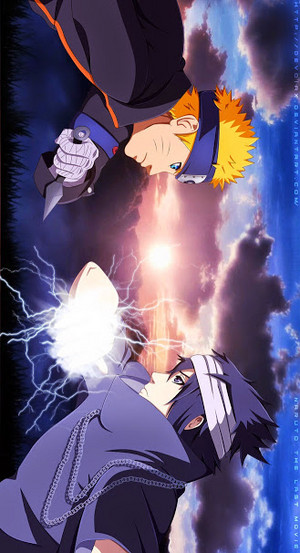 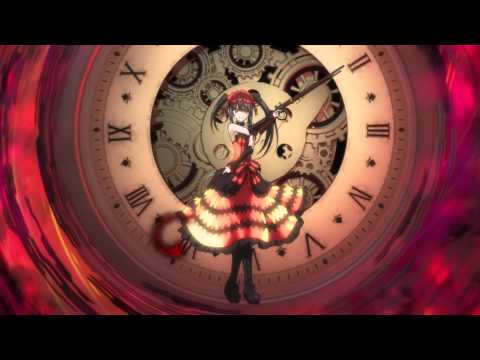 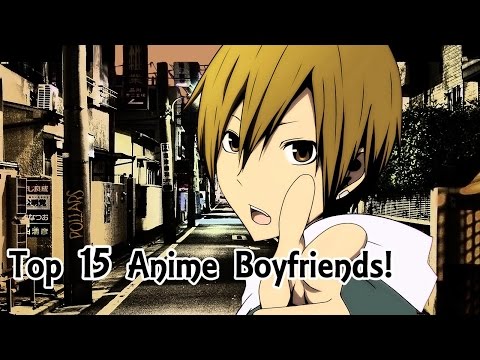 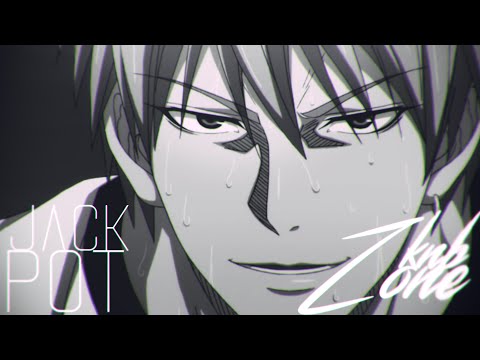 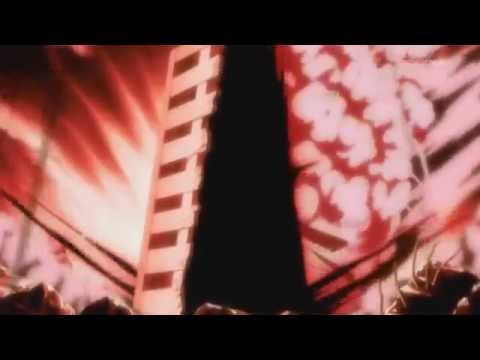 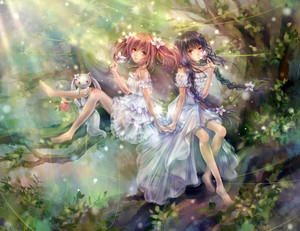 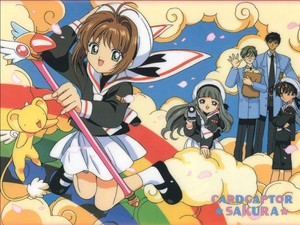 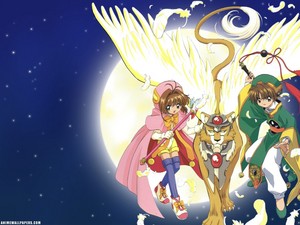 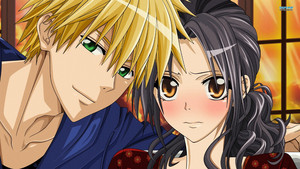 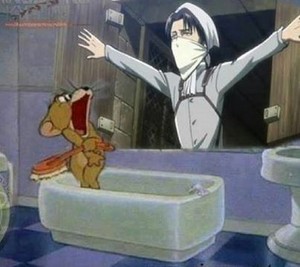 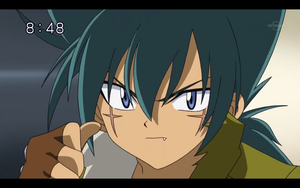